Local firefighters in south Montgomery County got more than they bargained for Saturday, after receiving notification of a brush fire in White Oak Estates around 2:30 p.m. Residents originally dismissed smoke in the air as seasonal barbeques, but began to worry when ashes started sweeping by. With strong winds blowing smoke to the north, firefighters at first had trouble pinning the fire’s location, but eventually located the blaze in the woods near the southern end of White Oaks, identifying it as a “7 to 10 acre fire”.

With the fire proving too intense for the usual measures, and with the thickness of the forest complicating matters further, the Texas Forest Service provided a bulldozer to clear brush aside and a helicopter for water drops. Throughout the day, the helicopter would perform several passes, and eventually, the fire was contained and irradiated.

During the ordeal, the three nearest homes were evacuated for safety precautions, with measures being taken to prevent damage to the homes- although firefighters worked fast enough that they were unnecessary.

Later, one of the residents who originally noticed the smoke applauded the local firefighters for their quick response and efficiency. “It was phenomenal, the way these guys reacted… when they showed up, they knew exactly what to do.” One home even went as far as to craft a sign placed outside of their residence, reading “Thank U Firefighters.”

The fire was under control by 7 p.m. 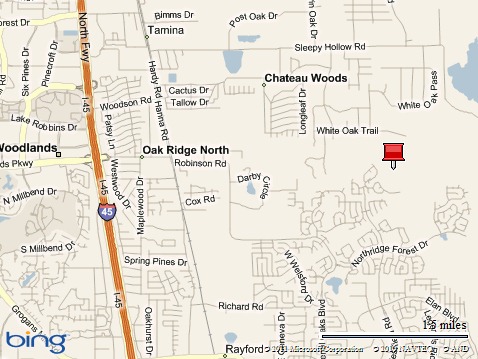