Just before 2 pm North Montgomery County Fire Department was dispatched to a large structure fire on Rolling Hills Drive in Cut and Shoot. The first unit arrived on the scene with heavy fire and called for additional trucks. It was found the first fire hydrant they were about to hook to was a dead plug with no water. The next one was close to 4000 feet away. North Montgomery County trucks and Conroe Engine 2 dropped the hose as additional tankers were also called in. The two large structures on the property were destroyed as were a shed and horse trailer. The Montgomery County Fire Marshal’s Office is investigating. Cut and Shoot and Montgomery County Precinct 2 Constables were called in for traffic control after several vehicles were seen driving over the firehose which is illegal. 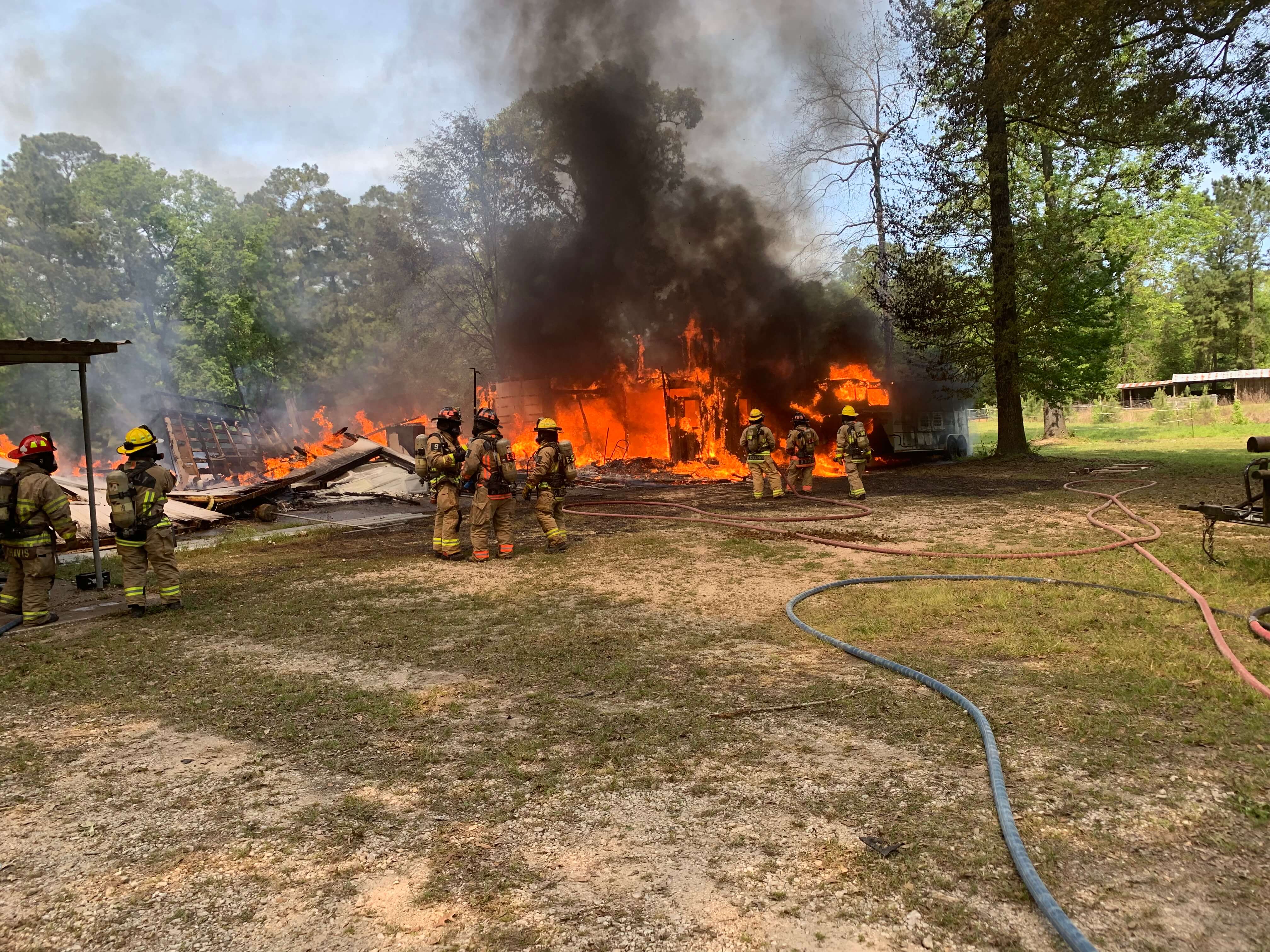 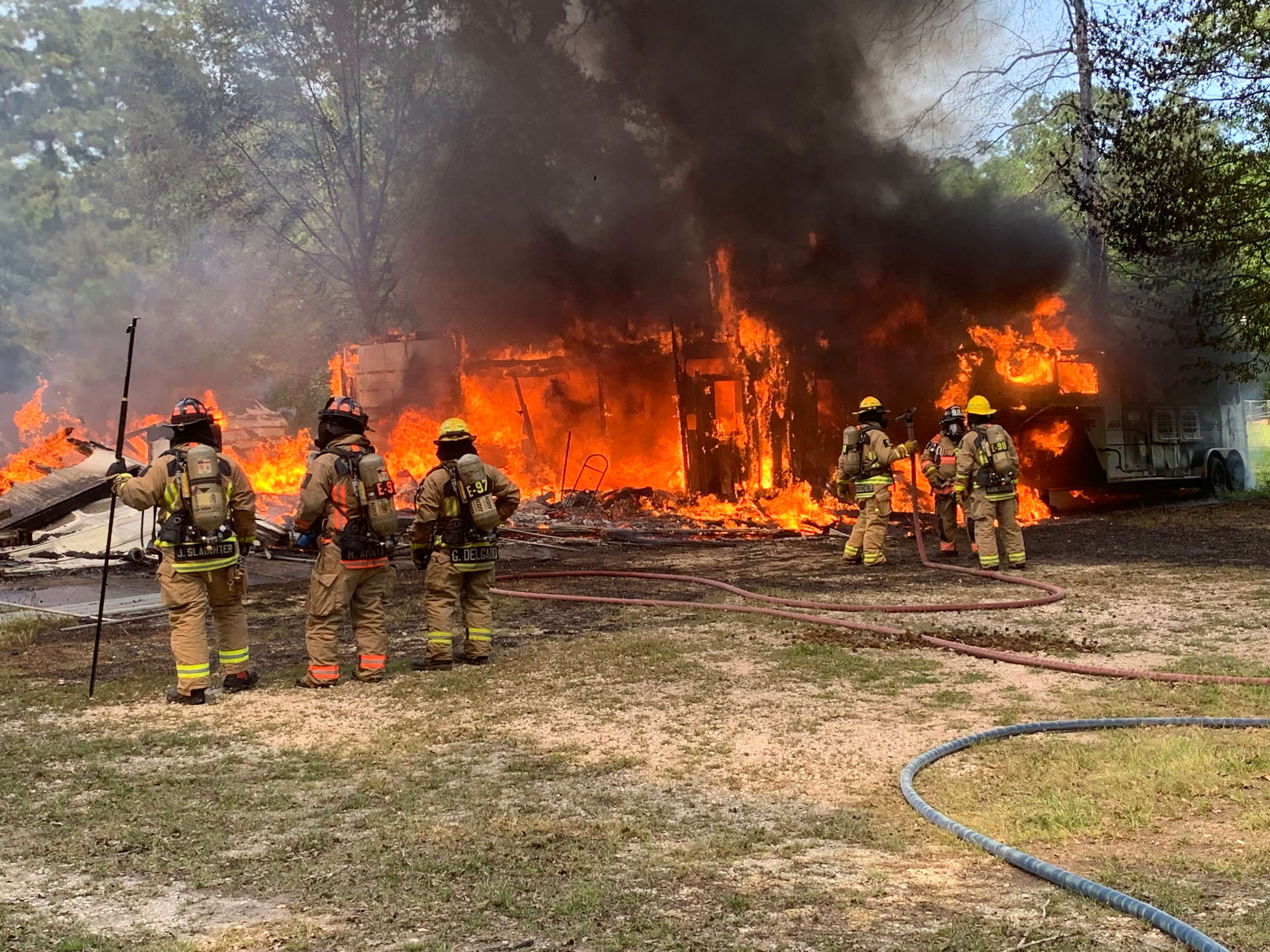 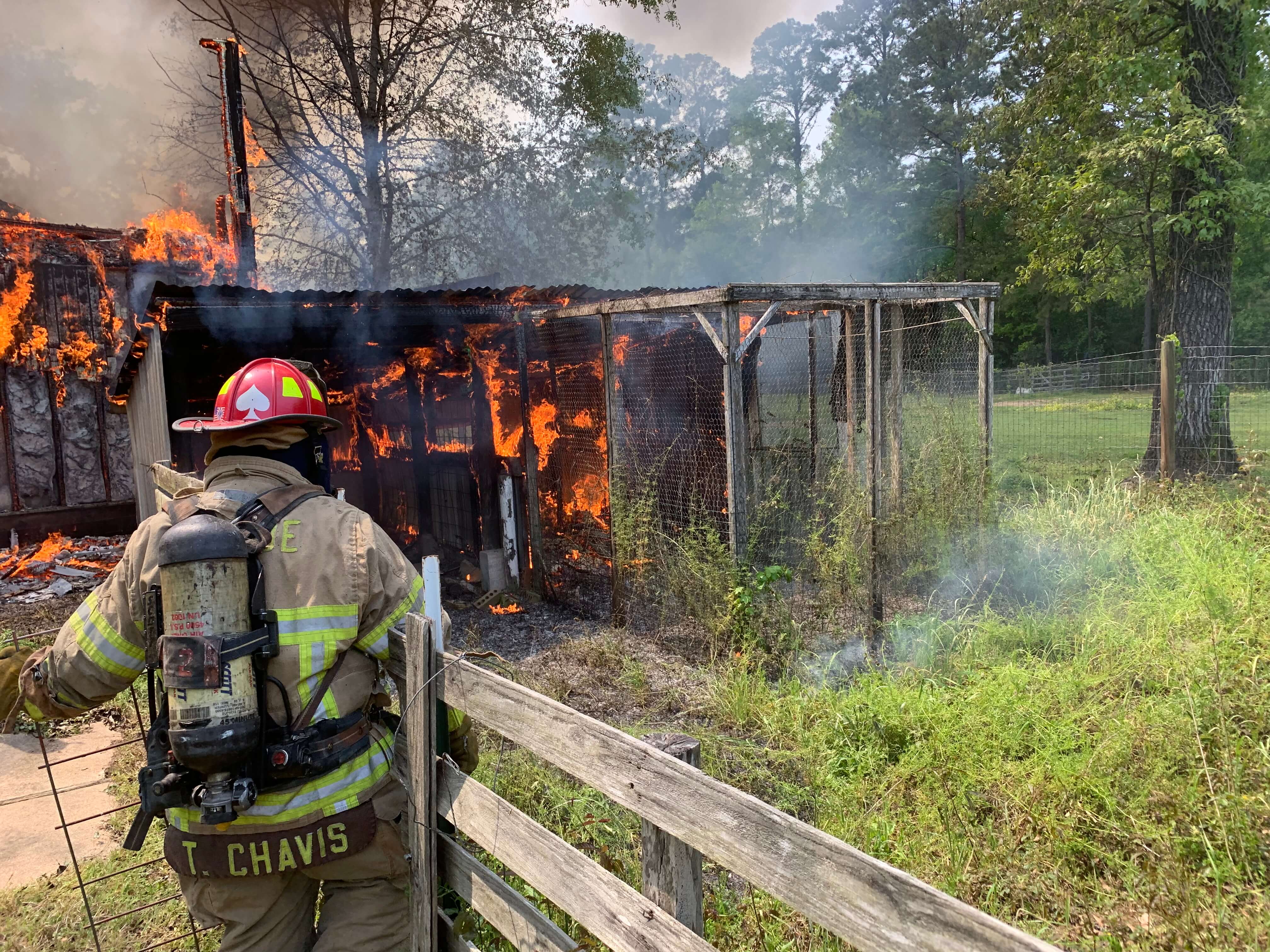 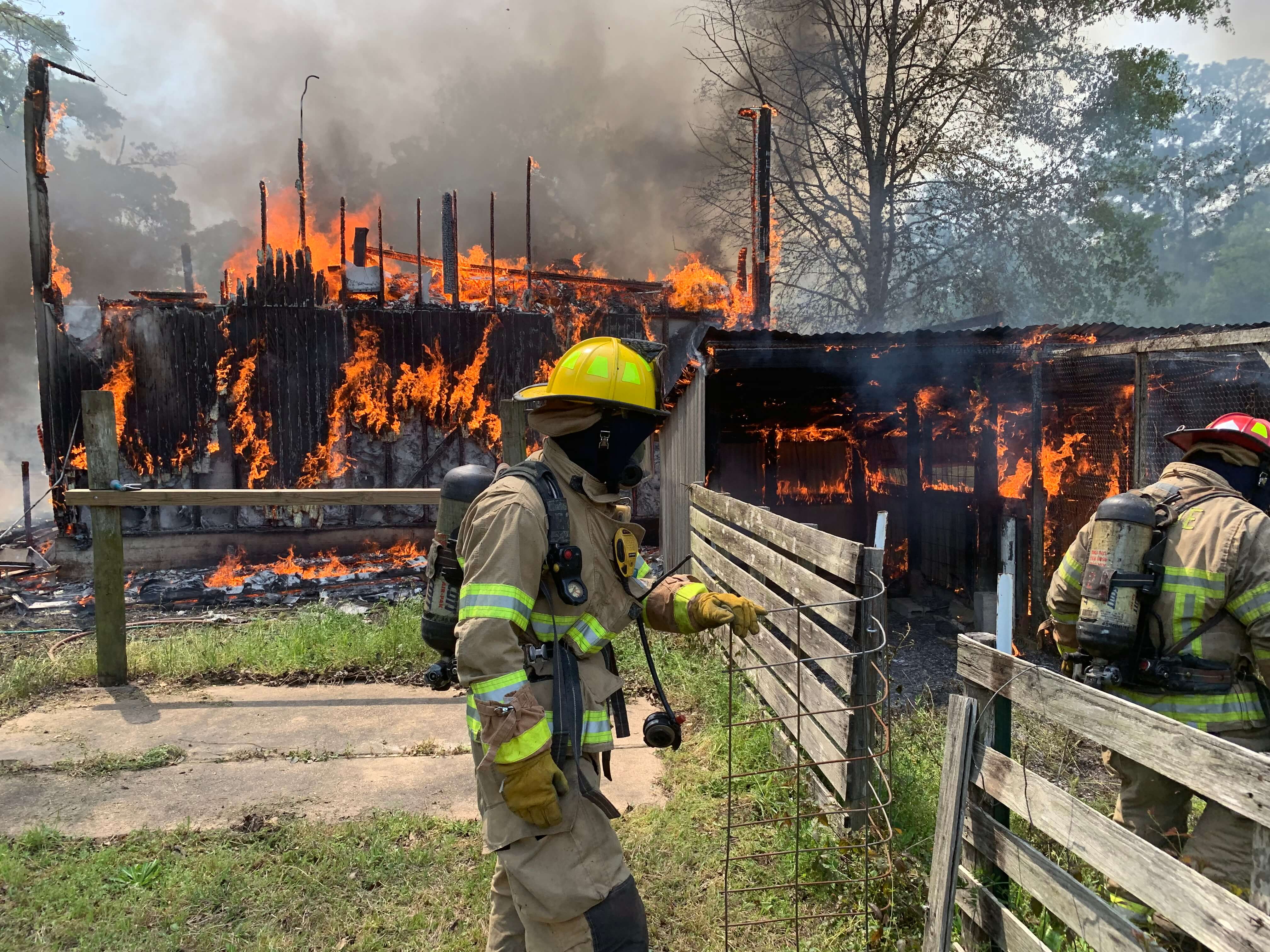 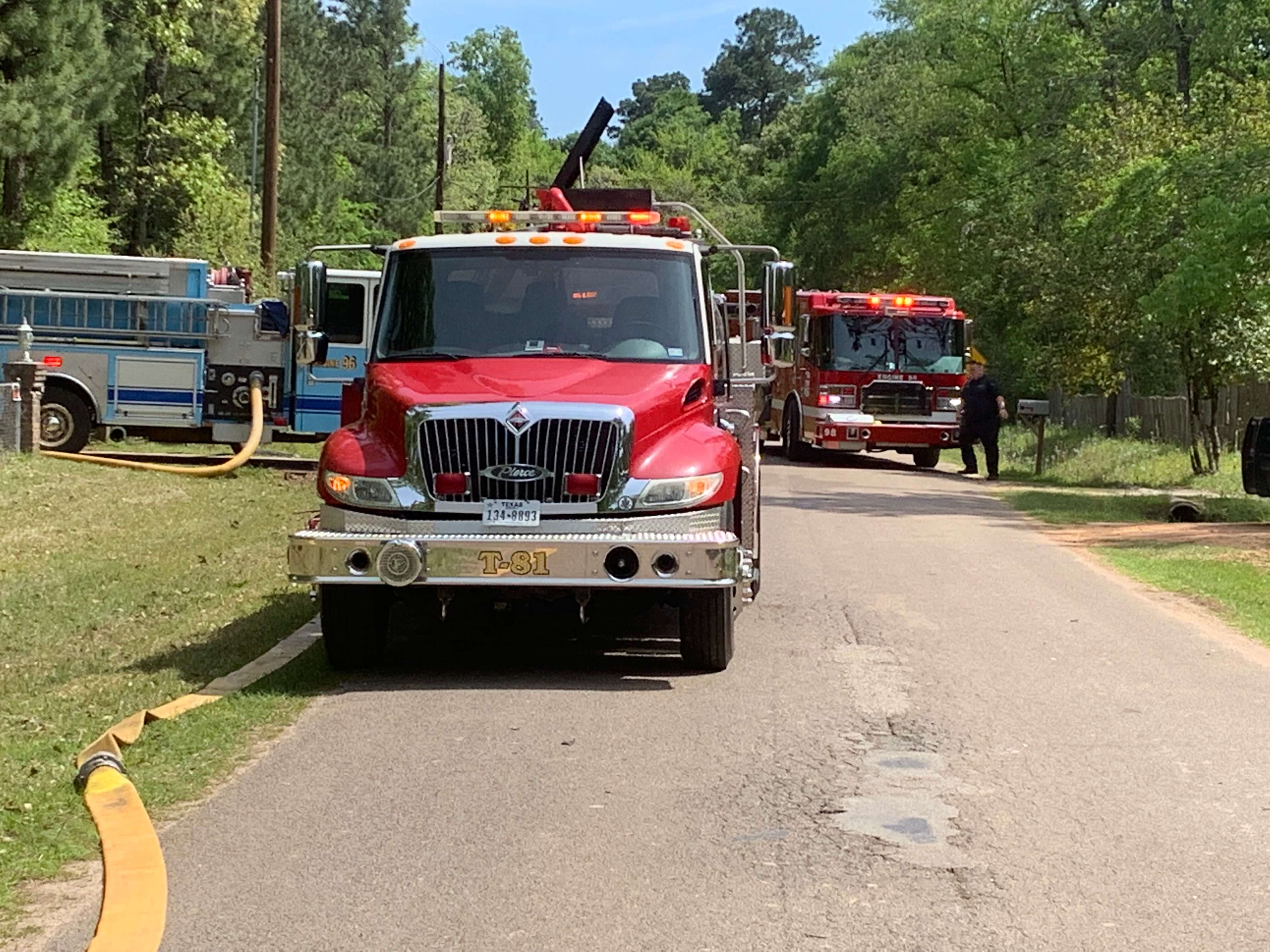 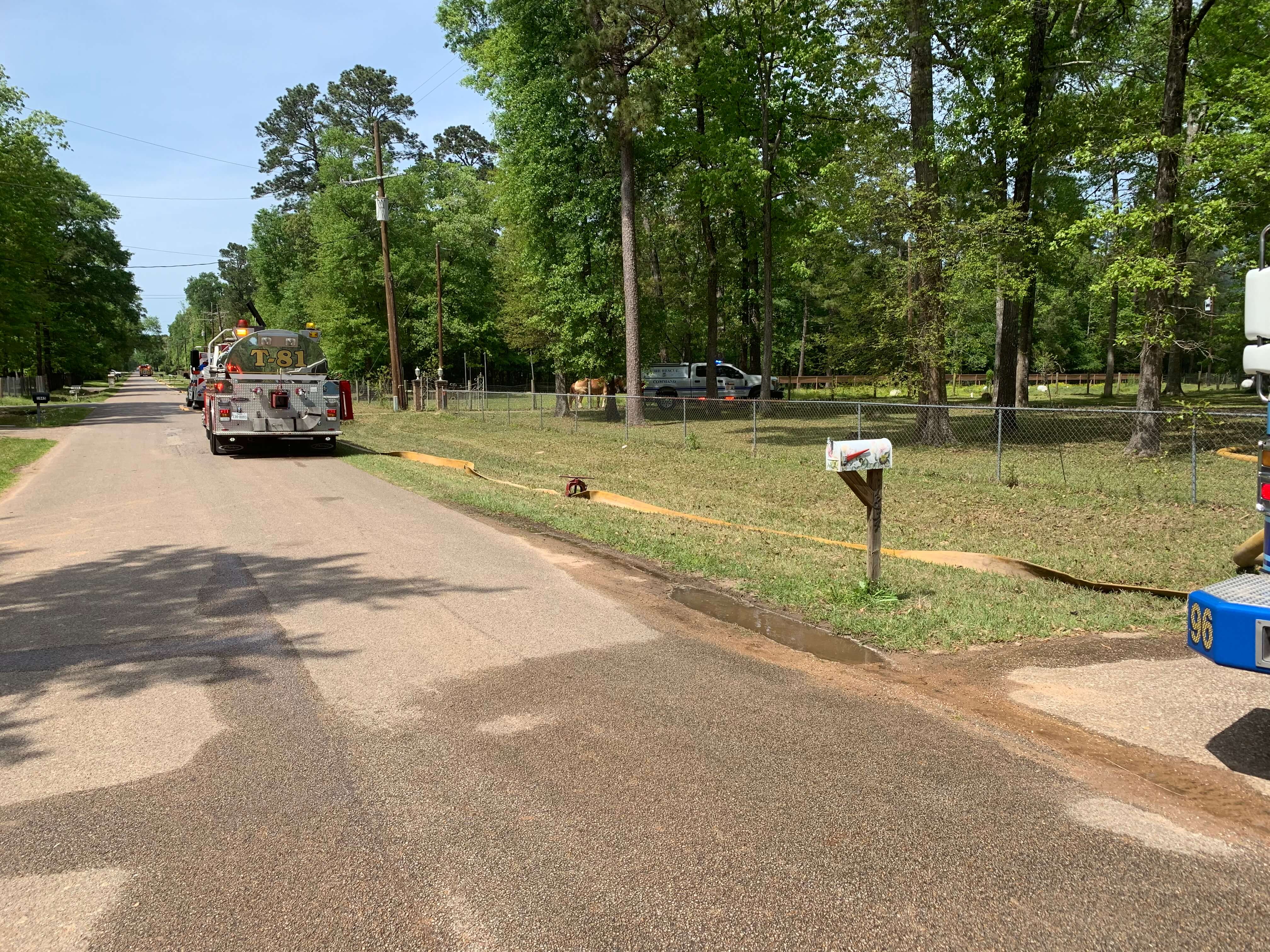 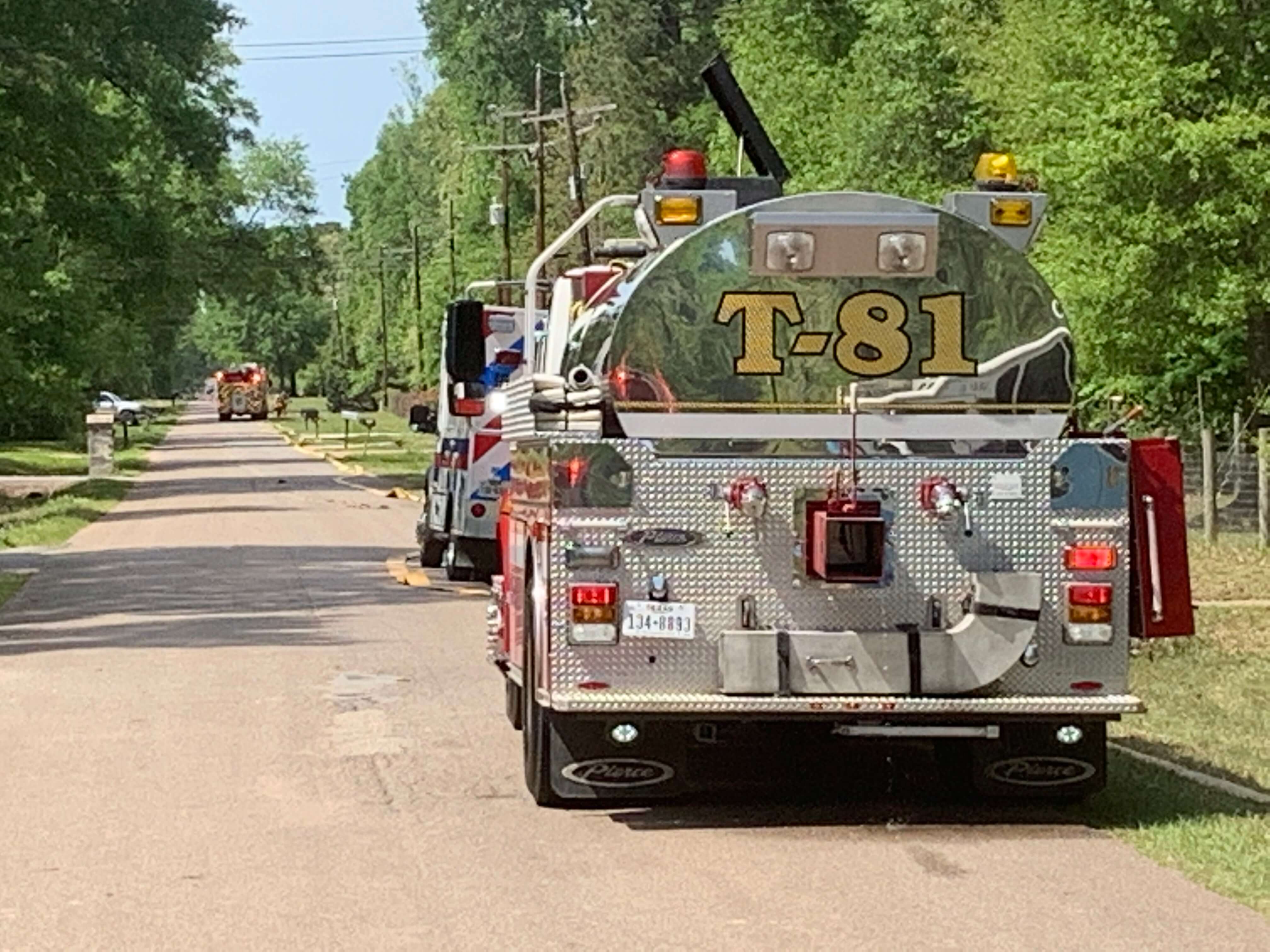 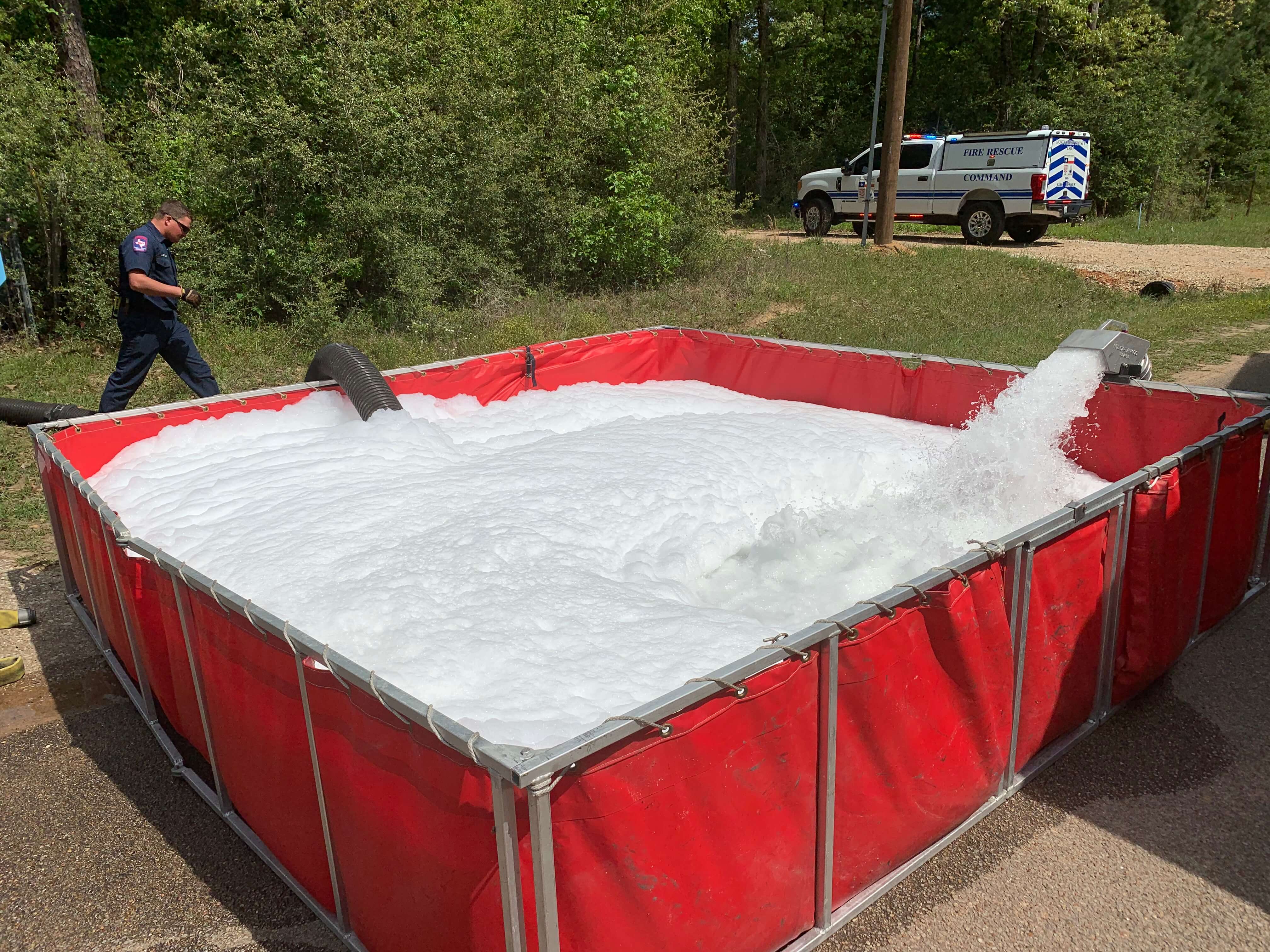