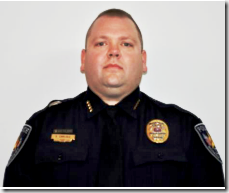 EAST COUNTY – Thanks to an alert wrecker driver and the Roman Forest Police Department, some would-be fireworks thieves failed to complete their mission and a local business was spared a potentially major financial loss.

Around 4:30 Tuesday morning, a driver with Griffin’s Towing of Cleveland saw what appeared to be three people breaking into Texas Outlaw Fireworks in front of, and owned by, Overall Grocery at FM 1485 and US 59 in New Caney. They noticed the driver watching just after prying open the door with a crowbar and they jumped back into their truck and fled.

The wrecker driver followed the gray Toyota Tundra and notified law enforcement. The pickup traveled north and turned onto Roman Forest Boulevard. Officer Chris Carswell, with the Roman Forest Police Department, responded. The pickup turned down a side street and blacked out. Officer Carswell followed and illuminated the situation, and the truck sped away again. Carswell followed, as the truck reached speeds of over 80 miles per hour, running red lights and stop signs. DPS and Patton Village Police also joined in the pursuit.

After 8 minutes and 15 miles, the pursuit ended at FM 1485 and Pin Oak. The truck was occupied by three juveniles. The driver and one passenger were 16-year-old Hispanic males and the other passenger was a 15-year-old Hispanic female. (Their names are withheld because of their ages)

The pickup is registered to the driver’s mother, but RFPD Chief Stephen Carlisle said when officers contacted her, the sleeping mother had no idea her son was out of the house and had not given him permission to take her truck.

The driver is charged with Burglary of a Building; Unauthorized Use of a Motor Vehicle; and Evading Arrest / Detention in a Vehicle. All three counts are felonies.

The male passenger was released to his parents, but charges will be filed later, Carlisle said. The female passenger will not be charged, since it appears she was riding with the males, but not part of the break-in.

Chief Carlisle said he was disturbed by the juveniles’ behavior.

“They displayed a total lack of respect for themselves, their parents, and every hardworking business owner in our community when they plotted and partially executed a plan to damage property and steal fireworks,” he said. “They also disregarded the safety of early morning commuters, law enforcement, and themselves by driving recklessly and refusing to pull over for 15 miles.”

The driver’s mother did not want to press charges against her son, so the Roman Forest Police Department filed on behalf of the State, Carlisle said.