Several weeks ago after talking with the Texas Forest Service about some oak trees close to the house on one of my properties I called a Certified Arborist Master Hughes here in Conroe. He came out and inspected all my trees and made suggestions on what I should do. Four Oaks he estimated to be 135 years old were within ten feet of the house. All were diseased and losing a few limbs. He told me they could be treated but it was very costly to inject them. The alternative was to cut them down or have the threat of them falling on the house. After several weeks I decided it was best. I checked several places and all were about the same price. However, Dangerous Tree Removal out of Splendora stood out above the others. Besides having proof they were insured they had equipment none of the others did. Instead of climbing the tree and using ropes to swing the limbs down, they had a crane and bucket truck. In 6-hours they had all the trees down and the yard completely cleaned up. I had to leave for a short time while they worked. When I returned he told me a limb had brushed the garage roof and torn a shingle. I looked and couldn’t even see any damage. He got up there and fixed it. What impressed me was his honesty. He didn’t have to say a thing as it was just one tab of a shingle I couldn’t even see. Here are a few photos. I will post a video later. 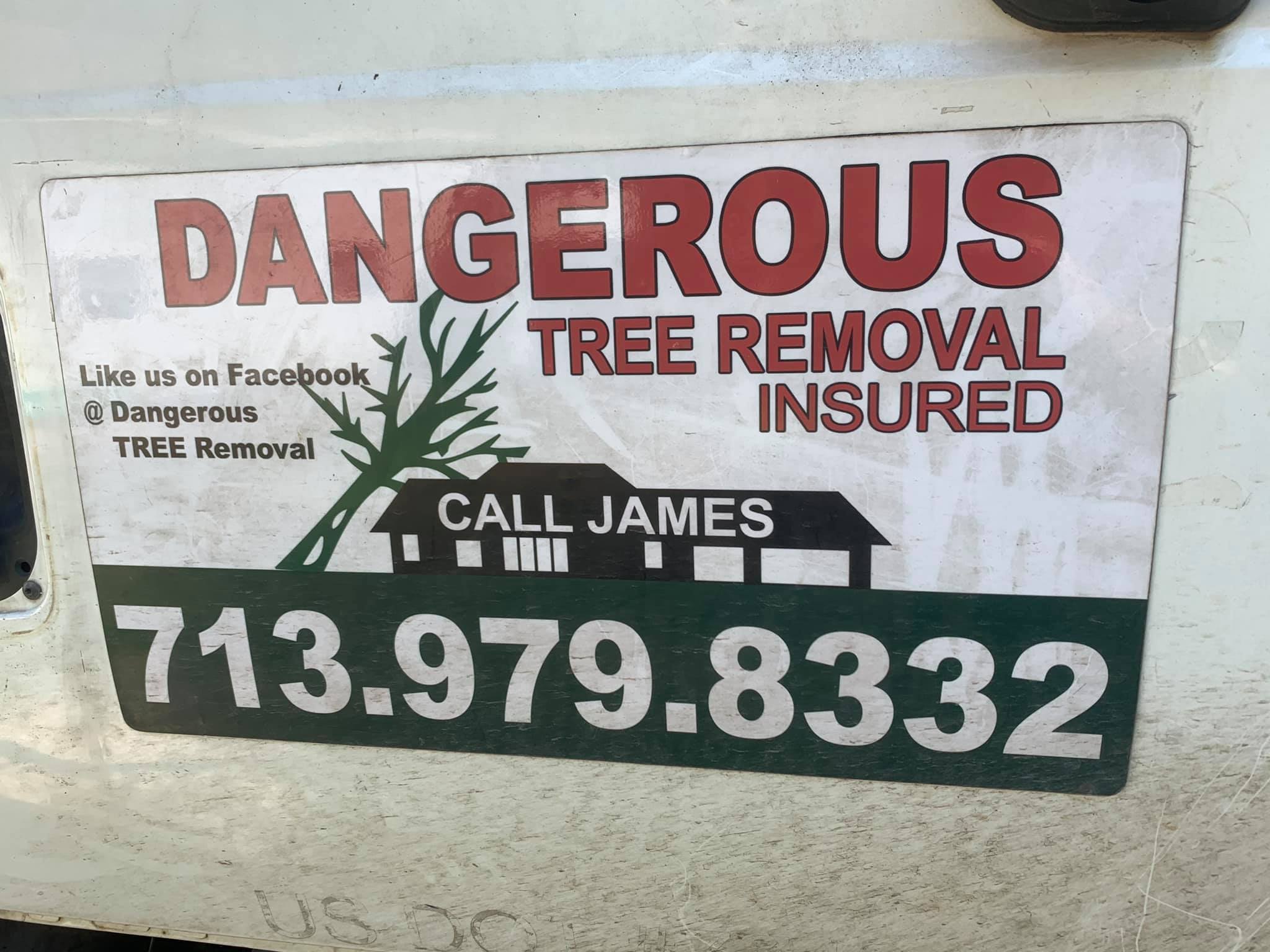 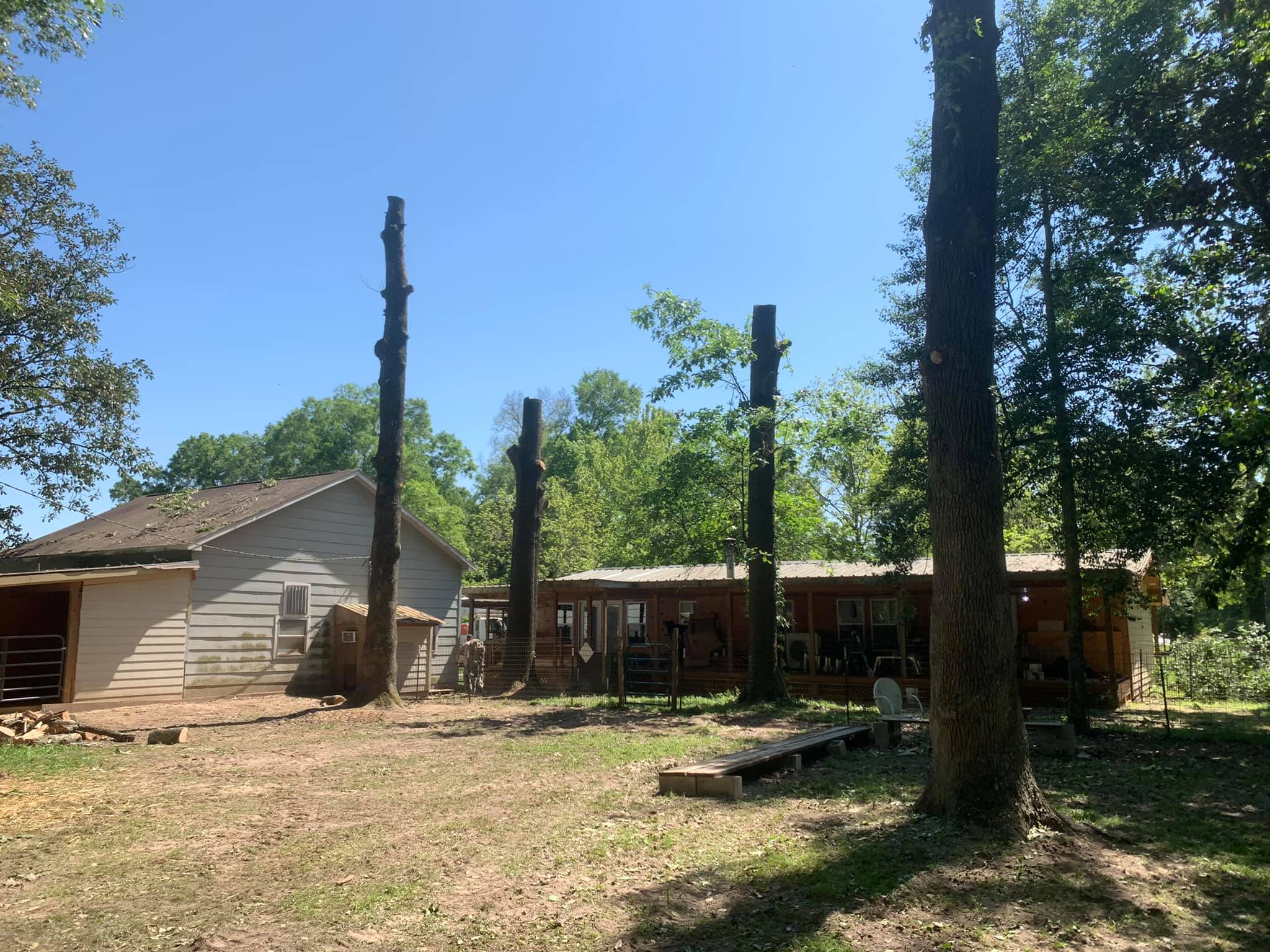 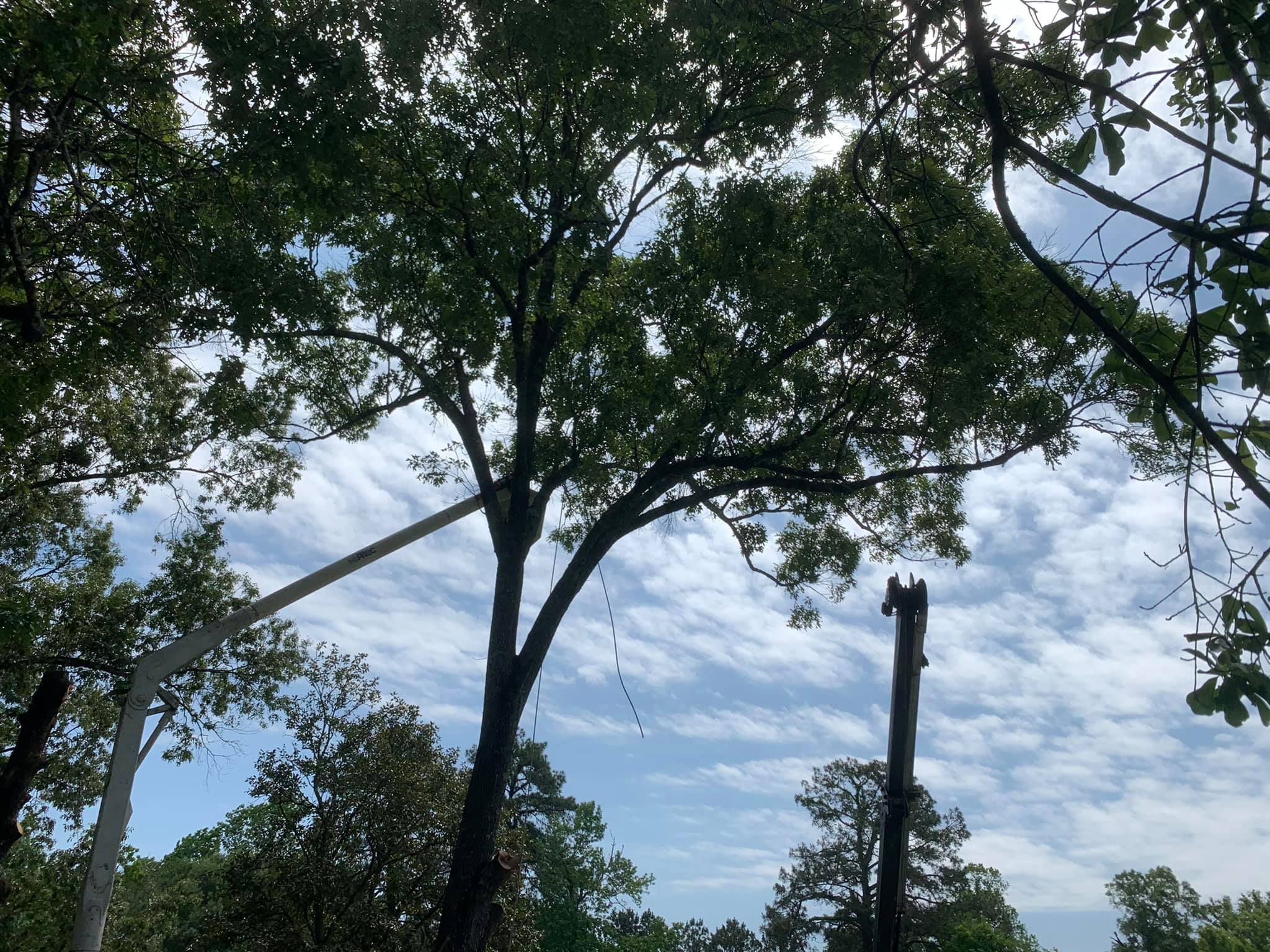 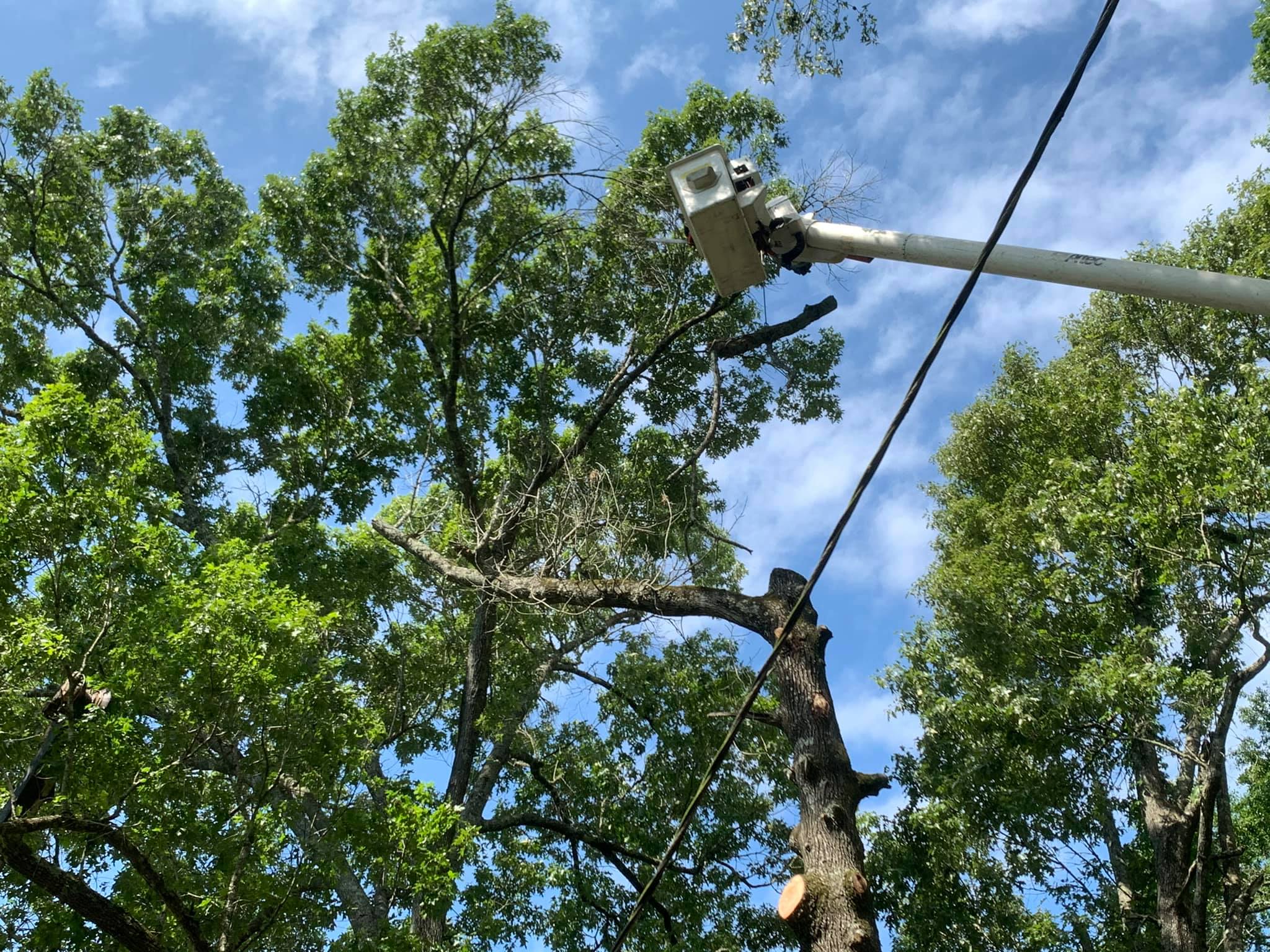 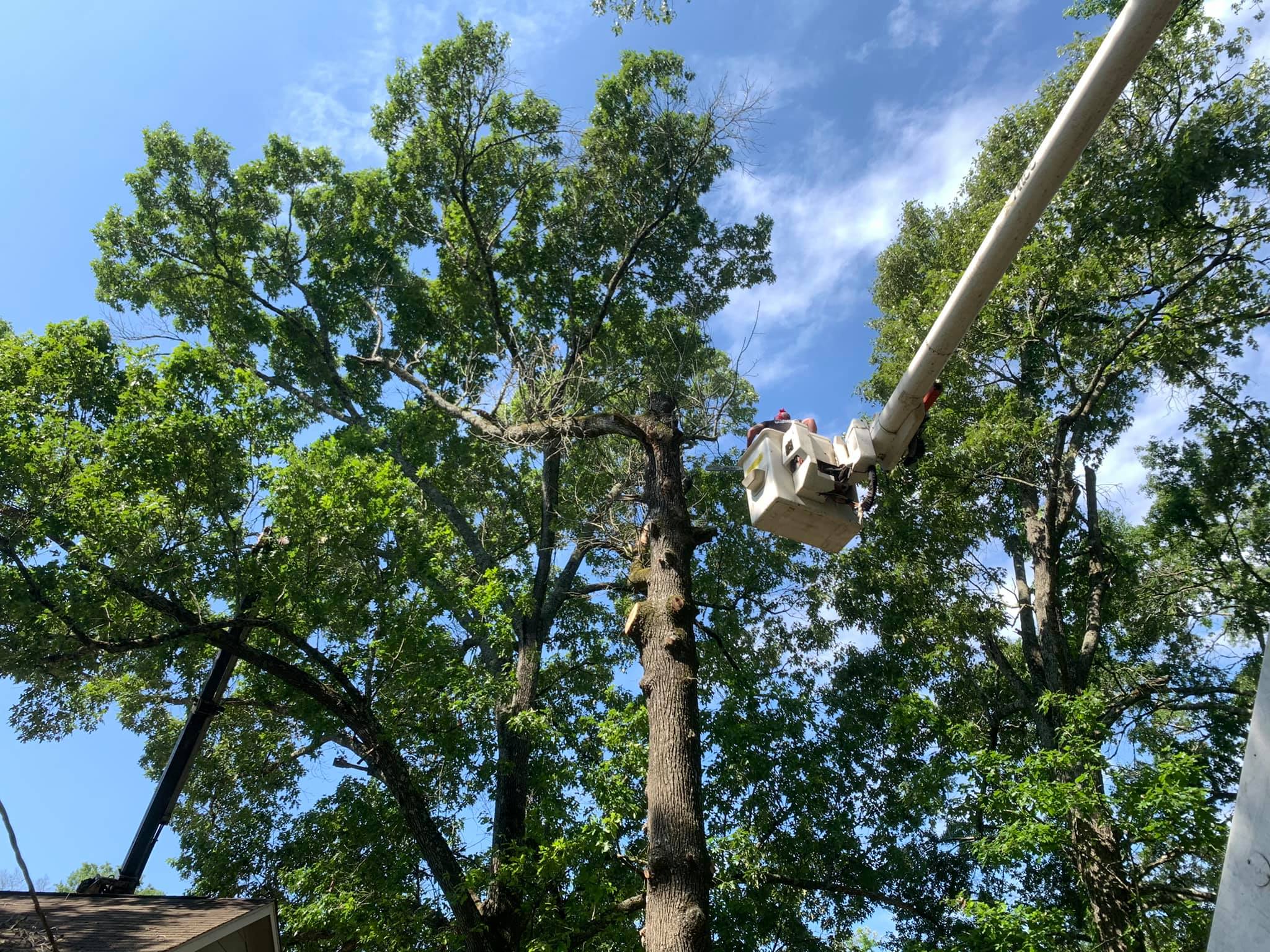 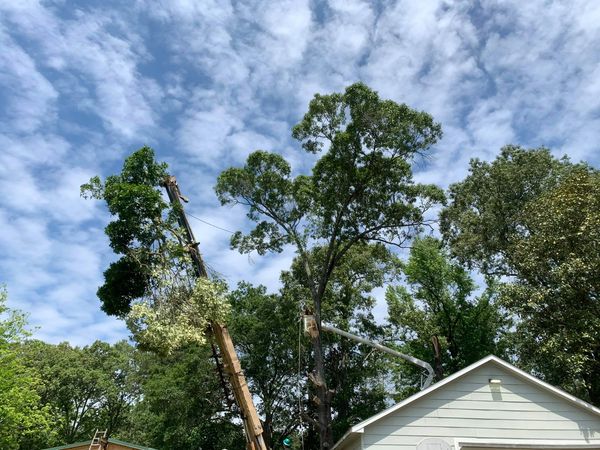 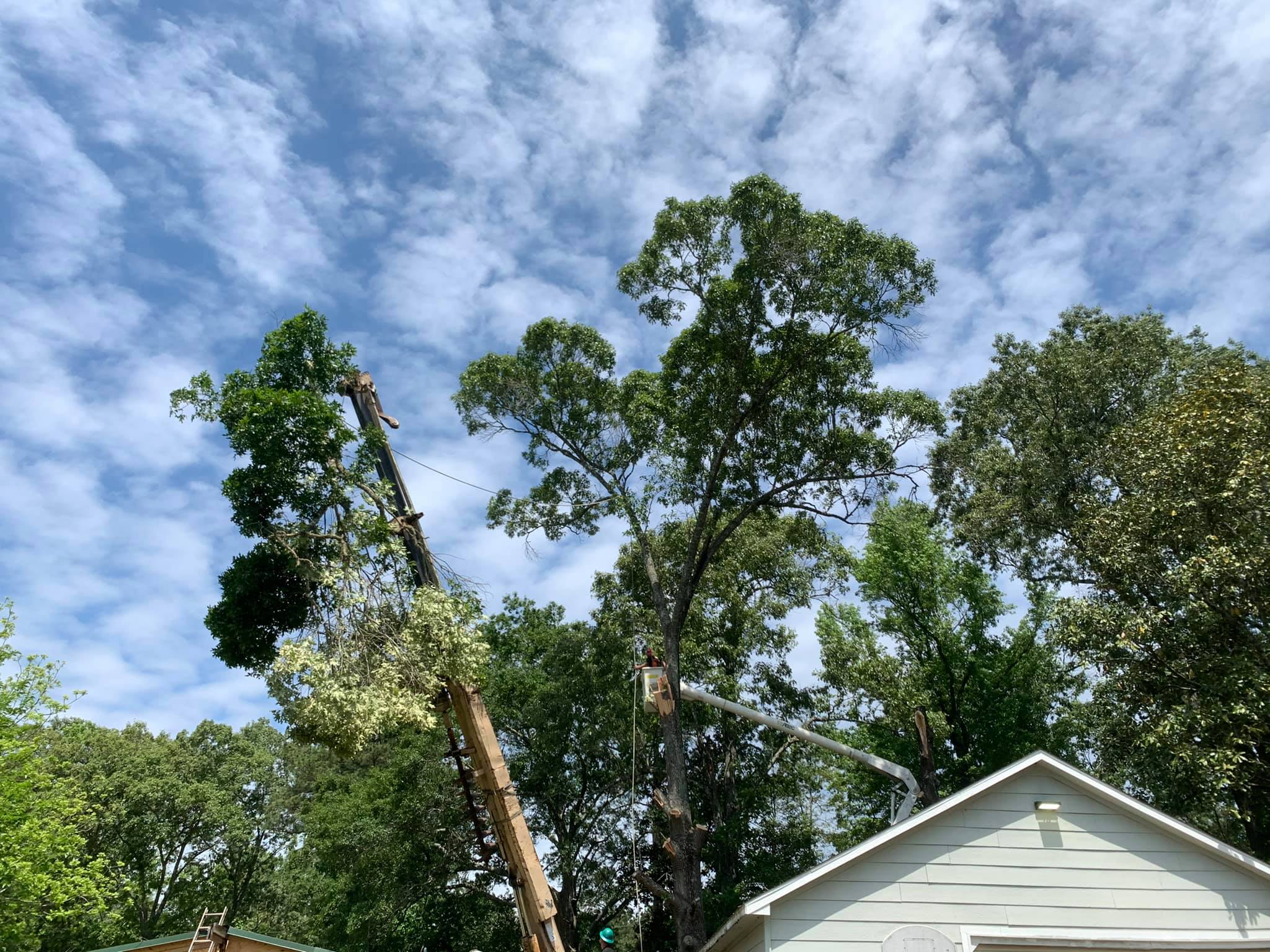 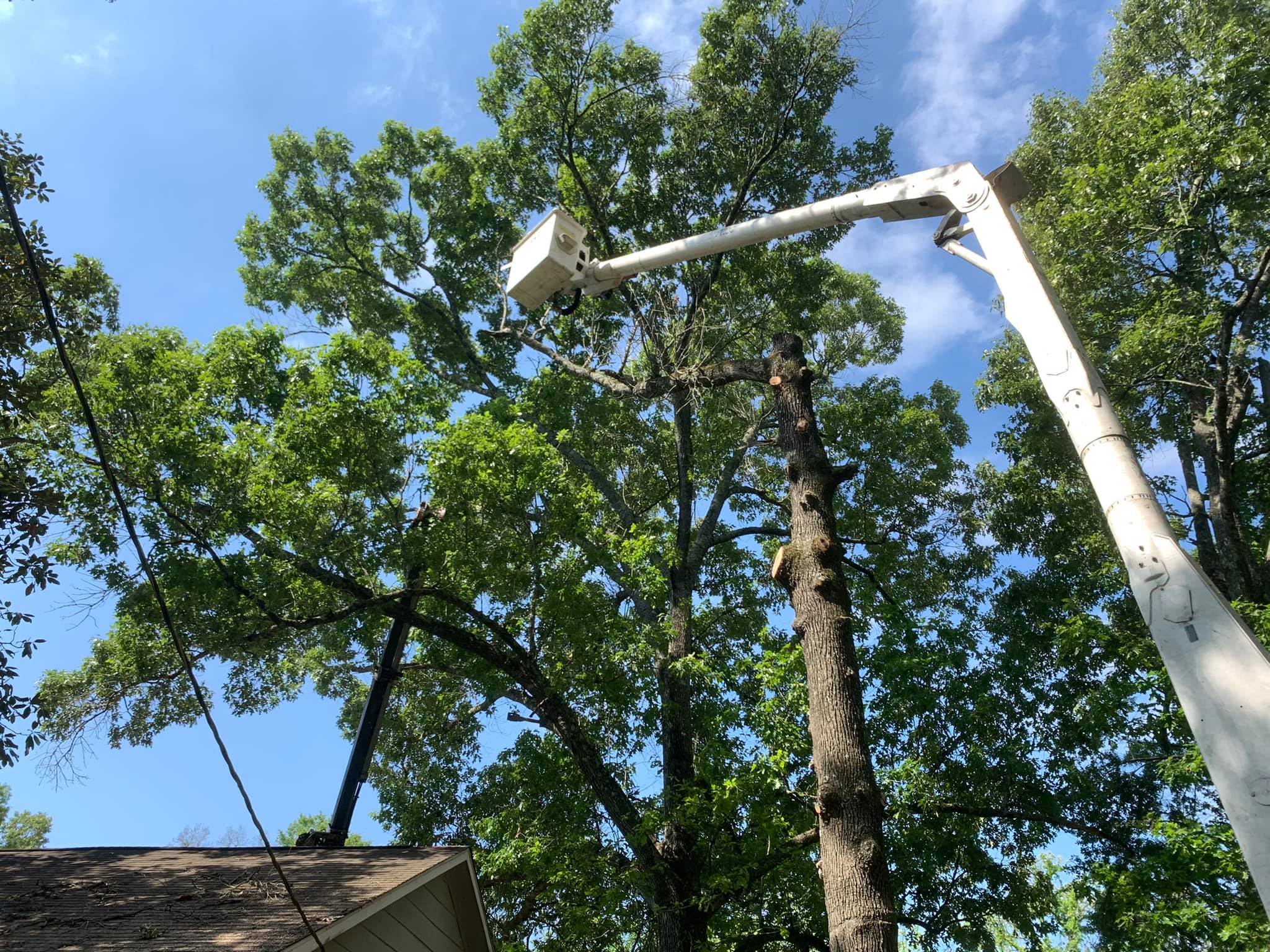 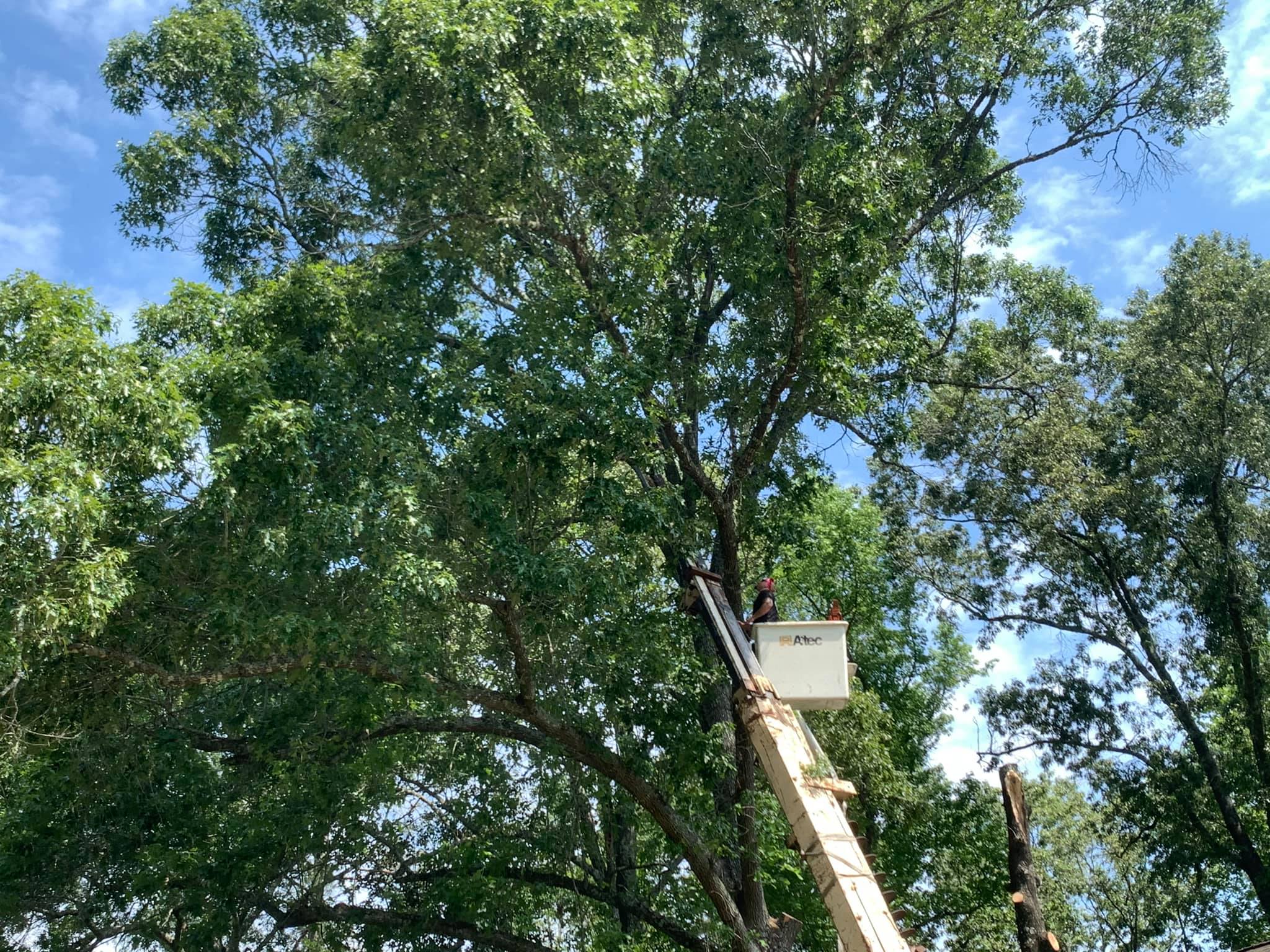 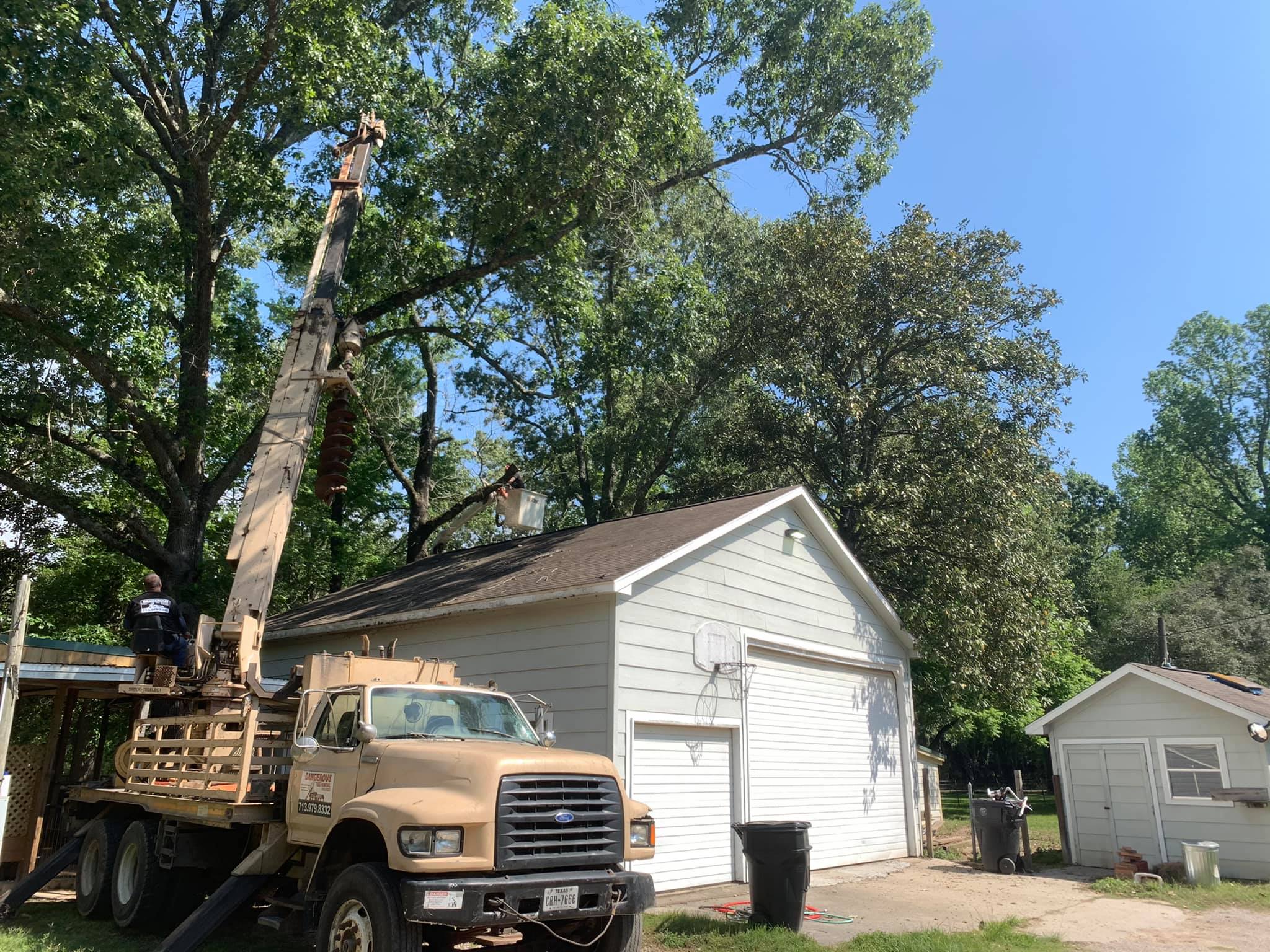 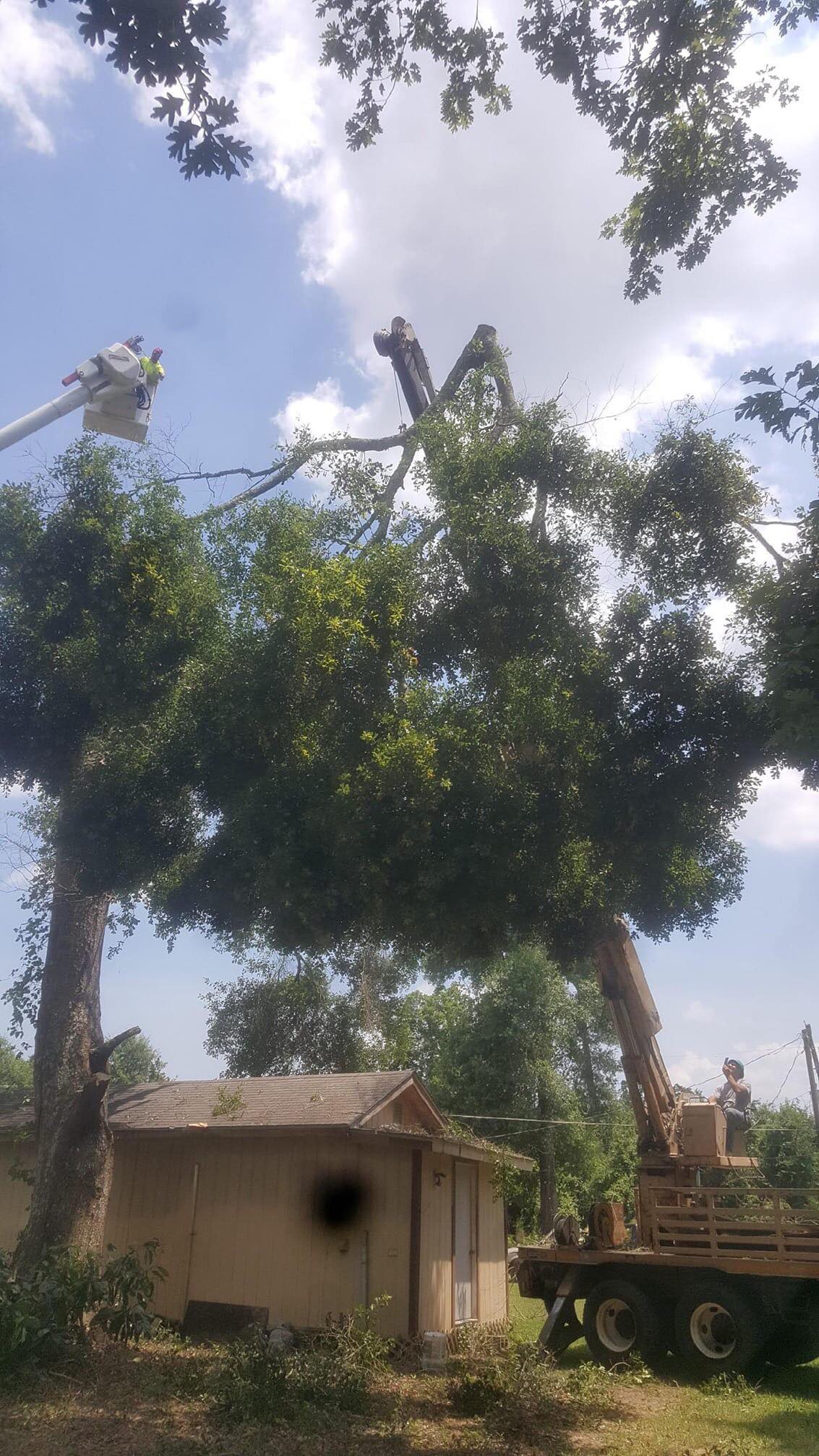