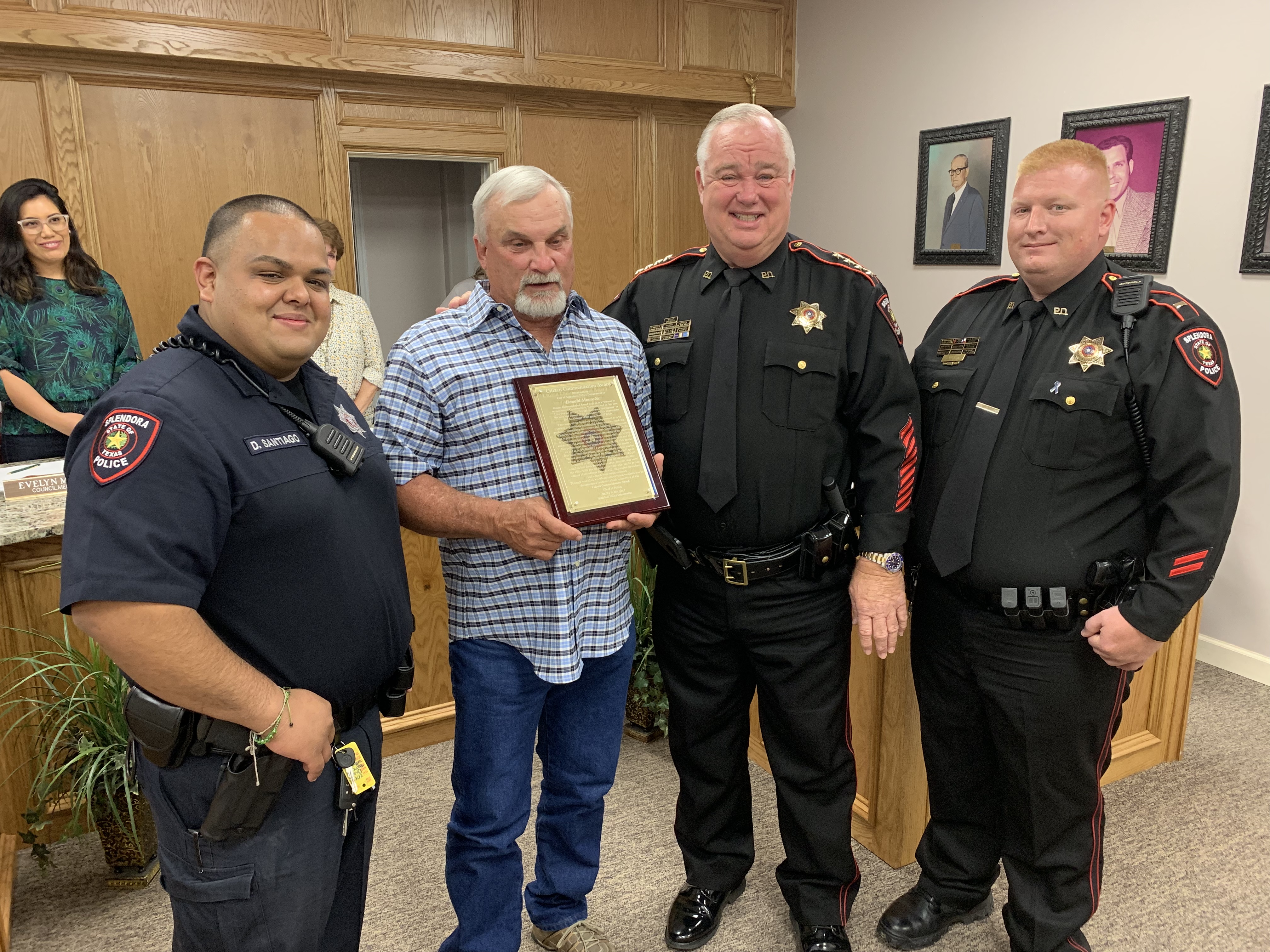 Splendora Police Chief Wally Wieghat recognized a local man Monday night for his bravery when the civilian prevented a very large suspect identified as Reginald Ponder, from taking Splendora Officer Santiago’s gun during a violent struggle. Chief Wieghat said the Ponder was approximately 6 feet, 3 inches tall and under the influence of methamphetamine when he engaged SPD Officer Santiago.
The Splendora officer was first to arrive on the scene of a disturbance in progress call in the area of Tram Road. Chief Wieghat said the suspect immediately charged the officer, with full force, and as he tried to disarm the officer, civilian Donald Moore became involved. Wieghat said Moore assisted the officer and prevented what could have resulted in injury or even death.
The Chief acknowledged that there simply aren’t enough officers, and he praised Moore for taking action when many would’ve simply stood by and watched, or recorded with their cell phone.
According to Moore, the suspect appeared to be so impaired that he didn’t know where he stopped his pickup, which was in front of Moore’s home. The suspect was reportedly tossing items out of the rear of the pickup onto Moore’s property and refusing to stop when confronted, which is what prompted the call for law enforcement. More than one officer was en route, but Officer Santiago had the misfortune to arrive first, and well ahead of the other responding officers.
“There’s just not enough of us out there and we’re getting more and more of this type of aggressive behavior,” Wieghat said. “Thank God – literally. The Good Lord had his hand on all of us that night, and evil was taken down,” Wieghat said.
Chief Wieghat presented Mr. Moore with a plaque of appreciation, recognizing his bravery.
A bit of irony or humor became part of the storyline when someone commented that the incident marked Moore’s “first tackle in 30 years.” The comment was in reference to days long gone, when Moore was known far and wide as the star football player of Splendora High School, who was scouted by multiple colleges. Moore was featured in a 1999 Dallas Morning News publication entitled, “100 Years of Texas High School Football.” The piece was republished online by the same newspaper’s “SportsDay” website, along with a 1999 photo of Moore and details of a stellar high school football career. Copy and paste or click the following to view the article:

On April 9, 2019, Officer Santiago was dispatched to a suspicious person call in the 27000 block of FM 2090. While en route to the call, dispatch changed the nature of the call to illegal dumping in progress. The male suspect had started dumping trash from his vehicle and began arguing with the homeowner.
When Officer Santiago arrived on the scene, the suspect charged Officer Santiago and struck him in the face. The homeowner, Mr. Moore, immediately jumped into action, assisting Officer Santiago in his scuffle with the suspect. Officer Santiago was able to gain control of the suspect with minimal force, with the assistance of the homeowner and arriving officers. The suspect was placed in custody and he was taken to the Montgomery County jail. Ponder, Reginald was booked on Assault of a Public Servant.
Chief Wieghat would like to take a moment to publicly thank Donald Moore. In an era where a great deal of people would have stood behind a camera, videoing the incident, Mr. Moore was supportive of our agency. We are honored to have families such as Moore’s in our community. 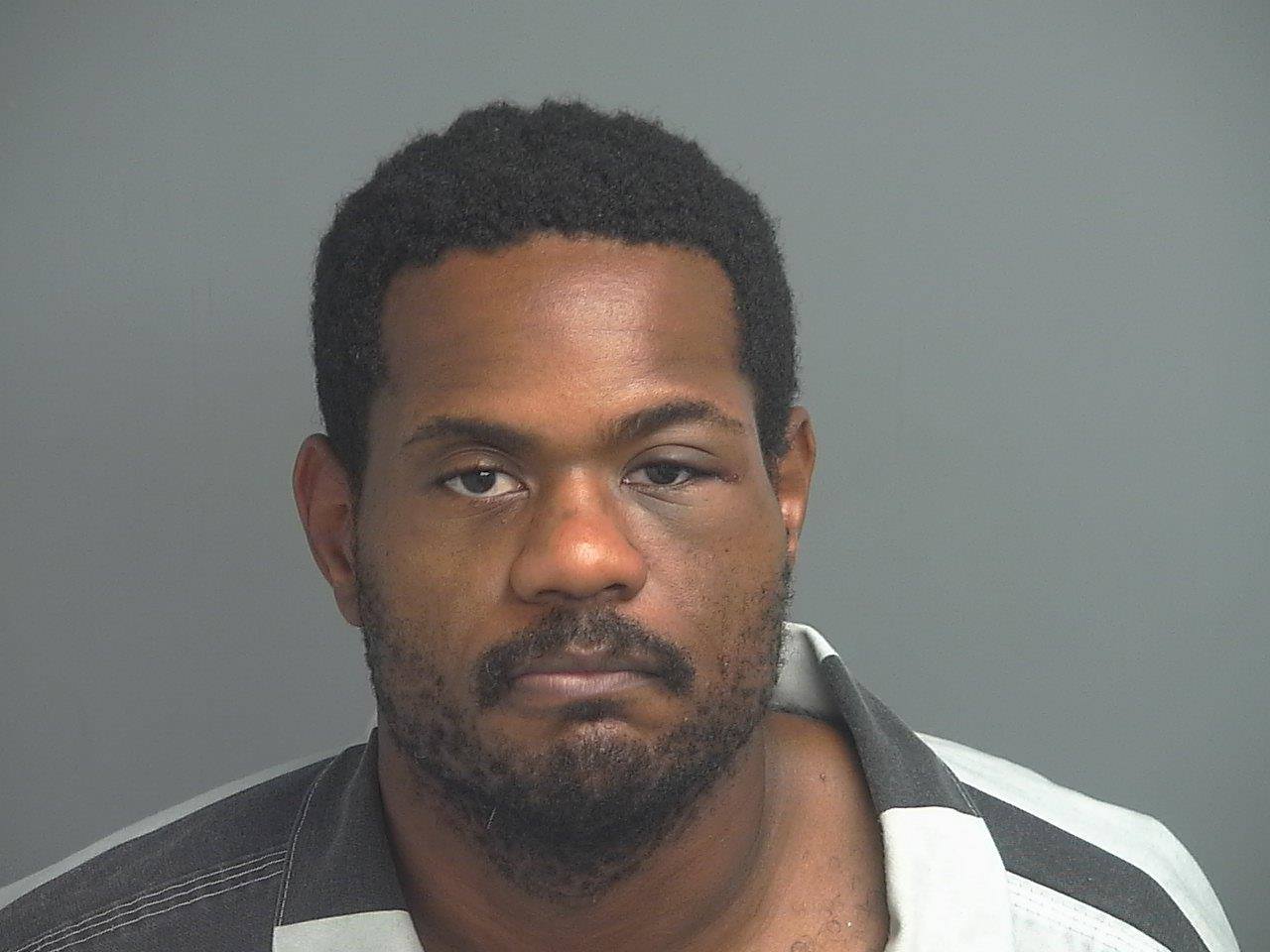