guilty! life in prison without parole

Noah Herrera has been found guilty of the capital murder of little David Tijerina on August 31, 2009. Little David, age 3 at the time.He had been beating the child for two days prior to MCHD transporting the baby to St. Luke’s in the Woodlands where he was pronounced dead.

The jury returned the verdict just after 3:30p.m. He was sentenced to life in prison without parole. On his charge of injury to a child which could have resulted in a sentence of up to 99 years an agreement was made with the state and he was sentenced by Judge Cara Wood to forty years in the Texas Department of Criminal Justice on that charge.

His attorneys plan to appeal his life sentence.

Two others charged in the case Christina Tijerina,, his mother in law and his wife Crystal Tijerina  will face the court at a later date. 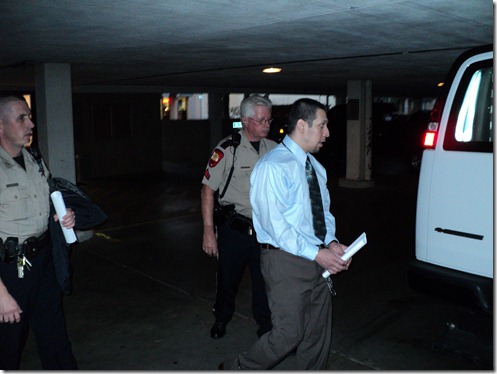 Noah Herrera being transferred to the Montgomery County Jail

4 thoughts on “guilty! life in prison without parole”