Open Carry Texas held its first march in Liberty County Saturday, with a large group of men and women, some with their children in tow, walking down the side of Main Street in the City of Liberty with a variety of visible firearms. They also waved American flags, “Come and Take It” flags, and signs proclaiming their right to bear arms.

Before the march, the group met in a parking lot where they said the Pledge of Allegiance and prayed. Open Carry Texas founder and president C.J. Grisham addressed the crowd, predicting Texas would become an open carry state in 2015.

Grisham, a decorated war veteran who served in the Iraq and Afghanistan, gained national attention after he was arrested in March 2013 as he walked down the side of a remote country highway. He was in the fifth mile of a hike with his son, as part of his son’s Eagle Scout project. Grisham was carrying an AR 15. Someone driving past called the police. When officers arrived, they disarmed and arrested Grisham. He had recently returned from Afghanistan, and said his initial reaction to having his rifle grabbed without warning was that of a soldier. Grisham then found a gun pointed at his head. He quickly got control of himself and attempted to verbally dispute his arrest, but it was to no avail. Grisham was taken into custody, as his son shot video of most of the incident. (Watch that video at the bottom of this post).

Grisham’s original charge was Resisting Arrest. The charge was later reduced to the misdemeanor charge of Interfering with Duties of a Public Servant. He was convicted of that charge December 19, and has since filed an appeal.

As a result of his arrest, Grisham founded “Open Carry Texas,” which he said was created to educate the public and law enforcement so no one else has to go through the same ordeal.

Saturday’s march was the first in Liberty County, but had already occurred in 111 other counties.

“What we’re trying to do is raise awareness for our right to keep and bear arms, to show people the rifles you see out there, so castigated and stigmatized in the media aren’t here to hurt anybody,” Grisham said.

The group is attempting to accomplish their goal “lawfully and respectfully,” he said.

“We walk down the road, we wave, smile, raise awareness, and let them know we’re trying to get open carry in Texas,” Grisham said.

He told the crowd it was a travesty not to have open carry in the state that was home to the Alamo and Gonzales.

He encouraged everyone to continue educating people about their rights and to contact their legislators.

“What we are all doing here today is exactly what I was doing a year ago, only it was out in the country and that is because of everyone here, everyone across state, that has stood up, put their arms on and shown that an armed society is a polite society,” Grisham said.

Valente Gonzales, an administrator for Houston Open Carry, was among those present.

“We’d like to comment to the public that they have a constitutional right to carry their firearms in public,” Gonzales said. “It’s guaranteed to them by the Constitution of the United States.”

“We feel that it’s something that needs to be educated to the public so that they are aware of their rights, so that’s what we’re here to do,” he said.

Tory Pettigrew, from Alvin, said he was there to exercise his First and Second Amendment rights, and he was encouraged by the turnout.

“We need to have more people that are willing to protect themselves and protect the community at large,” Pettigrew said.

He said groups advocating gun control, such as Mothers Demand Action, “are not realistic about the world around them.”

“To disarm the public at large – it’s not good for anybody,” Pettigrew said.

The statewide organization has two major events planned. The first is a post-election rally in November. The second event will be a gathering at the Texas capital. For that event only, attendees are asked to wear empty holsters, so they can enter the capital building.

The Liberty event was peaceful with no issues involving police or other citizens.

Open Carry Texas has a website at www.opencarrytexas.org and a Facebook group page with over 18,000 members. More information is available from both.

Below is the video from the Liberty march, the video of Grisham’s arrest, and a link to the in-depth Fox News report on Grisham.

Photos from the Liberty event are below the videos and link.

Video of Grisham’s arrest in Temple (below)

Click here to read the Fox News report, or copy and paste the link below: 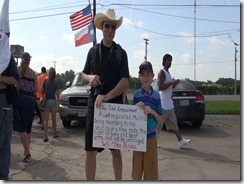 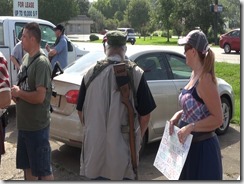 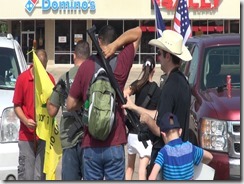 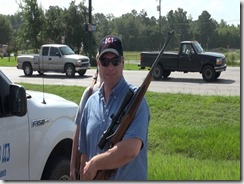 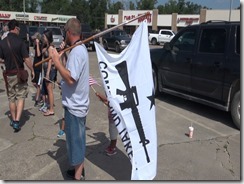 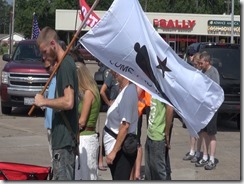 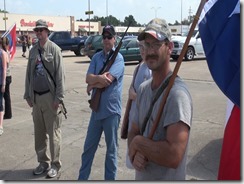 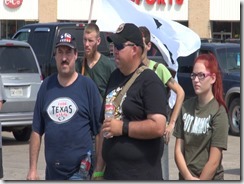 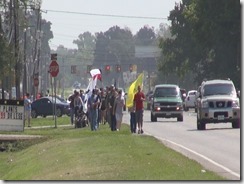 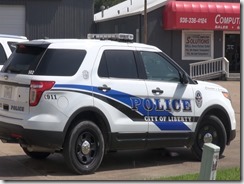 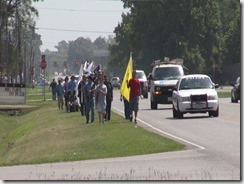 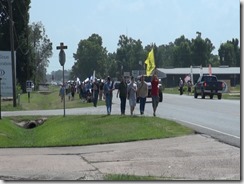 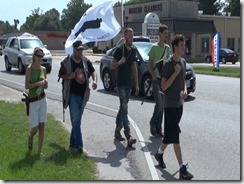 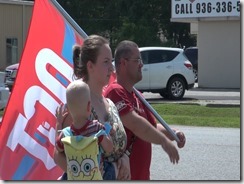