Just before 1 a.m. emergency crews from Porter Fire Department and MCHD responded to a reported accident on FM 1314 near Old Houston. While en route additional calls were received with information that a pickup was under an 18-wheeler and was on fire.  Porter Fire Department arrived on the scene and quickly extinguished a small blaze.

The driver of the pickup which hit a GreatWide 18-wheeler pulling a Walmart trailer head-on was pronounced dead on the scene by Justice of the Peace James Metts. Judge Metts also ordered an autopsy.

The pickup which crossed four lanes before striking the truck ripped a fuel tank from the 18-wheeler throwing several hundred gallons of diesel onto the freeway. The fuel tank on the right side was also damaged and leaking fuel. In addition, several gallons of motor oil was on the ground.

The driver of the 18-wheeler who is from Cypress was uninjured.

DPS Officials are still unsure what would have caused the truck to cross the lanes and strike the 18-wheeler. They say it was not an issue of texting as the driver’s phone was in his pocket. They say an autopsy will be needed to determine if alcohol or a medical condition existed. The possibility of fatigue is also possible.

FM 1314 could remain closed until after 7 am as hazmat crews continue the cleanup.

DPS is still attempting notification of next of kin. 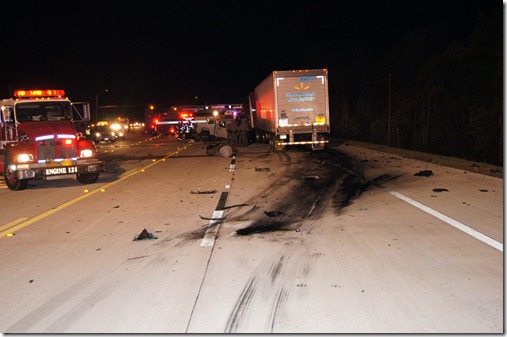 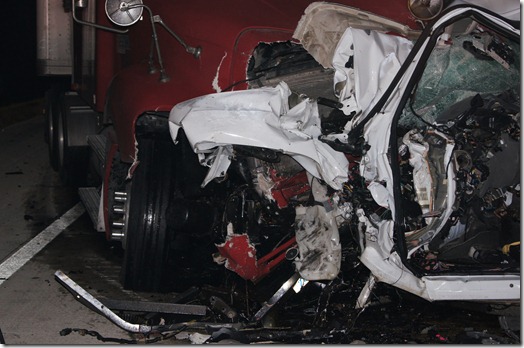 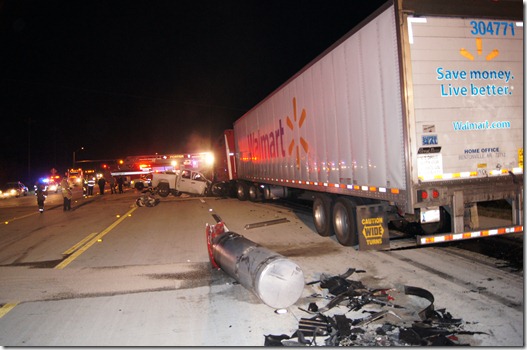 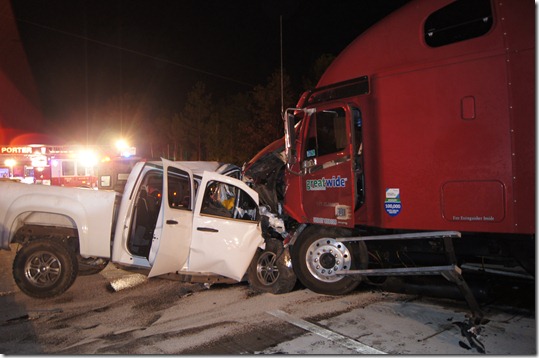