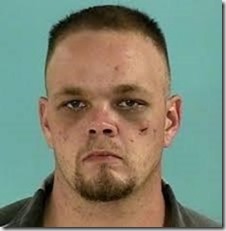 Montgomery County Pct. 3 Commissioner James Noack lived every parent’s nightmare Friday, when a pickup struck his 13-year-old son, who was only a few feet away from him. Police are looking for the driver who stopped briefly and then sped away.

The incident occurred around 5:20 p.m. when the Noacks went to visit family members on Champions Ridge Road, off of Ascot Farms Road in Magnolia. They stopped on the side of the narrow rural road to open the gate to their family member’s driveway. With flashers activated on Noack’s vehicle and on the vehicle stopped behind him, the teen got out to open the gate. Despite two vehicles with flashers cautioning anyone approaching, the pickup swerved around them. It struck Noack’s son, who was thrown into a rocky ditch. His father heard something, looked over, and saw the boy’s hat on the ground and his son in the ditch.

The pickup stopped a short distance away and a female, who appeared to be in her twenties, jumped out of the truck as though she were going to check on the boy. However, the driver began screaming at her to get back into the truck and she complied. The driver accelerated rapidly and fled the area.

Amazingly, Noack’s son had only minor injuries. EMS examined him on the scene as a precaution, but he was not transported for treatment.

Although everything happened in little more than the blink of an eye, the quick-thinking commissioner had the presence of mind to get the truck’s license plate number. Turns out the truck belongs to a repeat offender who was a “Crime Stoppers Featured Felon” two weeks ago.

According to Texas Department of Public Safety Trooper Will Frederick, who conducted the investigation, the suspect will likely be adding another felony charge to his record because he failed to stop and render aid. The boy’s injuries, while minor, raise the level of the offense to a felony, he said.

The suspect is identified as Billy Dale Barnett, Jr., 25, of Magnolia.  He drives a silver 2001 Chevy pickup – License plate 74HYD9

or Montgomery County Crime Stoppers at

(You have to call Crime Stoppers to get paid. Your identity will remain anonymous)