A Houston-area woman and her 8-week-old son were among the victims killed in a crash in Israel.

Riling’s son-in-law was last reported in critical condition, and his granddaughter survived without serious injuries.

“Most of us cannot imagine what Scott and his family are feeling at this moment, but we can urgently lift them up to our heavenly Father in prayer for grace, comfort, and strength,” the church wrote on their Facebook page.

We do not know the cause of the crash. 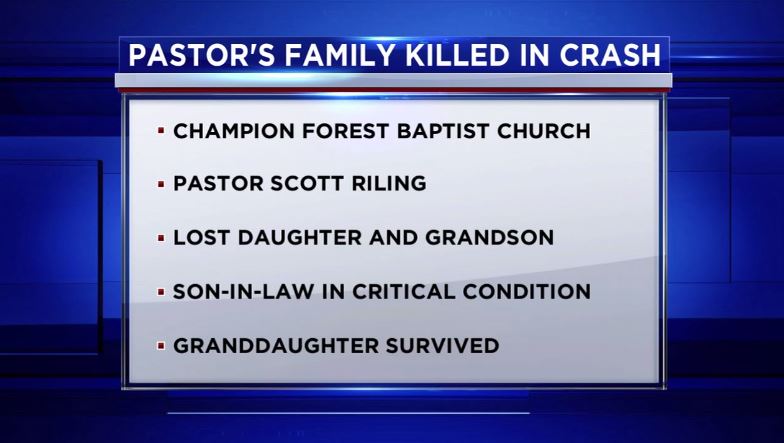