Here are how the events unfolded:

CPR started on Sgt. Brewster by members of his shift team.

6:29 p.m.
Sgt. Christopher Brewster, a nine year veteran of the Houston Police Dept. is pronounced dead.
Brewster was promoted to sergeant nine months ago.
He was 32-years-old and leaves behind a wife, parents, and siblings. 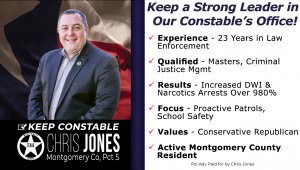