HOUSTON, Texas (KTRK) — A new study shows I-45 from Dallas to Galveston is one of the deadliest interstates, per mile, in the nation. 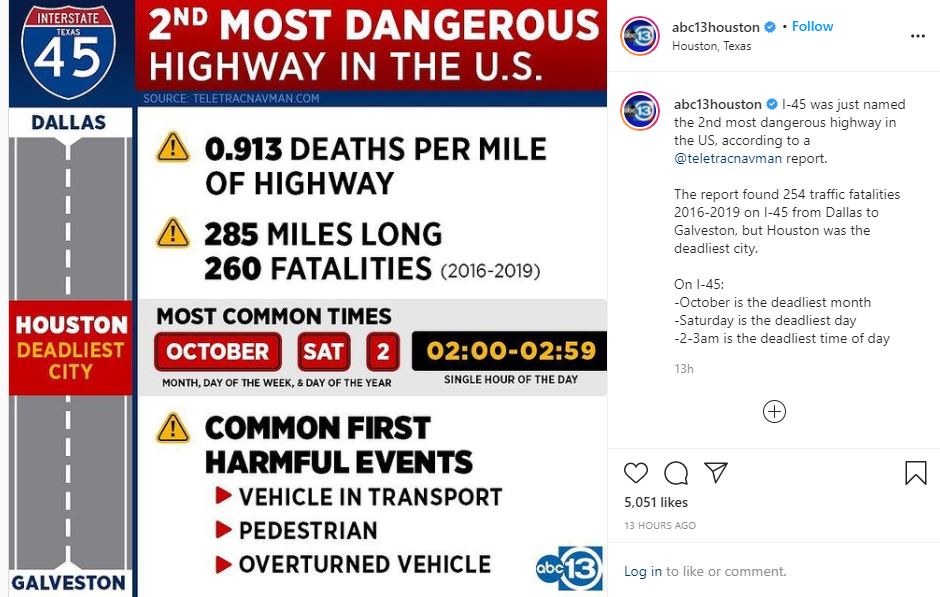 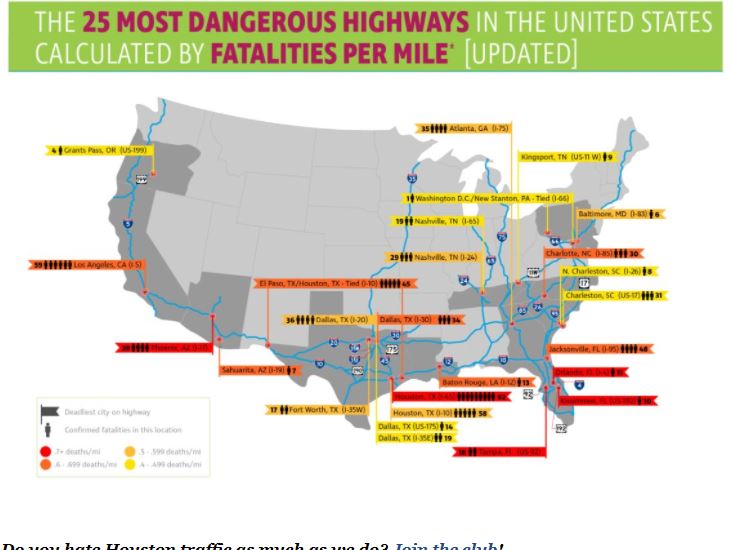 The company said I-45 through much of Texas is revealed as the second deadliest interstate in the country.

According to the study, the most dangerous highway in America during that time period is I-4 in Florida.