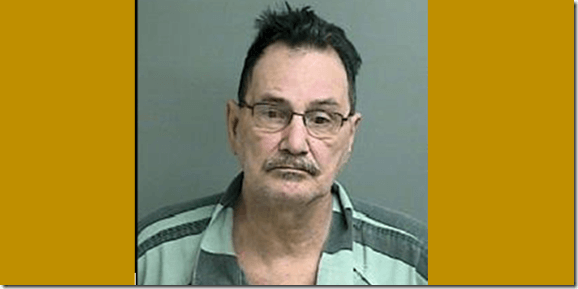 In the 9th District Court of Montgomery County, Judge Phil Grant found Defendant Joe Ford Woods Jr., 63, guilty of Driving While Intoxicated 3rd or More Offense (a 3rd Degree Felony offense). In a sentencing hearing held Wednesday, October 5, 2016, Judge Phil Grant sentenced Woods to life in prison.
At trial, Assistant District Attorney Philip Teissier presented evidence that on February 6, 2015, Woods crashed his truck into a vehicle stopped at a stop sign at the intersection of 494 and Keith Drive. Immediately after the crash, the defendant backed up his truck and then fled down Keith Dr. The crash victims found the defendant’s truck parked in front of the defendant’s home further down Keith Dr. The defendant was slumped over the steering wheel, passed out when the crash victims found him just minutes after the crash. Law enforcement arrived on scene and investigated Woods for Driving While Intoxicated. Woods had difficulty walking, was heavily slurring his speech, and admitted he was intoxicated but stated he was “drunk in his driveway.” A search warrant was signed to get a sample of the defendant’s blood, and analysis of that blood sample showed the defendant’s BAC, at .269, was over three times the legal limit.
During the sentencing hearing before Judge Phil Grant, Teissier presented evidence of Woods’ prior criminal history, including eleven previous convictions for Driving While Intoxicated, a prison sentence for Aggravated Robbery, and a conviction for Assault Family Violence. Woods’ most recent conviction for Driving While Intoxicated was a twenty year prison sentence he received in 2007. Because Woods had at least two prior trips to prison, his punishment range was enhanced to 25 years to life in prison.

Before the pronouncement of the life sentence Judge Phil Grant stated the following to Woods: “In assessing the punishment in this case, I not only take note of your 12 prior DWIs, your two other convictions for Assault and Aggravated Robbery, but I also have to take into consideration the facts of this particular case; the fact that you were three times the legal limit, that fact that there was an accident involved, the fact that you fled the scene, and the fact that you were so intoxicated that just mere minutes after you were in this accident, you were passed out, unconscious, and the safety hazard that you posed on this night.”

“Given the fact that this is your 12th DWI, obviously this system has given you every opportunity to make any rehabilitative effort that you could have so that this night wouldn’t have happened,” Judge Grant said.

Prosecutor Philip Teissier: “This case could have been much worse for this community. It was a miracle that Woods’ crash did not result in the death of someone else. How could anyone be this selfish to put so many lives in danger time after time? Woods is an example of a career criminal that cannot function in a free society. His choices landed him a life sentence this time.”