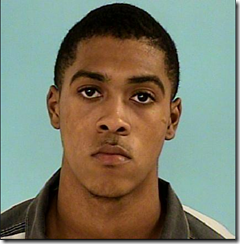 On Saturday, the Montgomery County Sheriff’s Office received a 911 call at 11:44 AM, in reference to a burglary of a habitation. The burglary was reportedly occurring at an apartment complex, in the 200 Block of Pruitt Road.

The caller said two males entered an apartment by kicking in a door. A short time later, the caller said the actors were seen leaving the location with items from the apartment.

The actor who was detained was arrested and charged with burglary of a habitation. The second actor was not located and there is an on-going investigation. No one was injured during the crime. The property that was stolen, from the residence, was recovered.

Traymond Jaqualiyn Porch, 18, of Houston is charged with Burglary of a Habitation. His bond is set at $20,000.