A “911” emergency call to the Liberty County Sheriff Department’s dispatcher at 11:53 am this morning from a female who did not identify herself resulted in a several hour search for the woman and a man, later identified as Roger Dale Wyatt Jr. DOB 1-17-78 who the woman said was trying to kidnap her and threatened to kill her. Deputies responded to Private Road 6444 in the “Plaza” area of South Liberty County and begin trying to piece together the events leading up to the “911” call and to locate the two people involved.

From witnesses and neighbors, it was reported the woman, Karen Harvey, had initially been held by Wyatt but she had gotten away and ran to a phone where she called the Sheriff’s department. Shortly thereafter, Ms. Harvey was found by Wyatt and according to witnesses, dragged back to the residence on PR 6444 which is the home of Roger Wyatt. However, prior to the arrival of the Deputies, witnesses said that Wyatt forced Ms. Harvey into the very large wooded area behind the residence.

Sgt. Bubba Pearson directing the search as the incident commander was assisted by Deputies William Candelari, Gordon Bean, Jonathan Clark and James McQueen who immediately fanned out in an effort to locate the couple in the dense wooded area. Tracking dogs from TDC were brought in and put into the woods while Deputies continued to search. Finally, at approximately 4:pm, Dep. Candelari found a small camping trailer in the woods and located Roger Wyatt Jr. hiding in the trailer with Karen Harvey by his side. Roger Wyatt was arrested, without incident, and placed in Dep. Candelari’s patrol vehicle.

Ms. Harvey told Sgt. Pearson and Dep. Candelari that she and Wyatt, a former boyfriend, had been at the home on PR 6444 and that Wyatt was trying to convince her to not leave him. When she refused, Ms. Harvey alleged that Wyatt pulled out a pocket knife and put it to her throat threatening to kill her. According to Ms. Harvey, Wyatt then forced her into the woods at knife point as he tried to avoid the Deputies searching for them while still threatening to kill her.

Shortly after his arrest and while still at the scene and handcuffed in the back seat of the patrol car, Roger Wyatt ask Dep. Candelari what the charges would be against him. According to Dep. Candelari, he advised Wyatt of the charges and at this point, Wyatt became verbally abusive and began kicking Dep. Candelari in the legs and hand causing injuries.

Upon arrival at the jail booking office, Roger Wyatt again became verbally abusive and threatened to “whip” the first officer that took his handcuffs off. It was then reported that Wyatt began yelling to the jail personnel that he was going to kill himself while in jail. Based upon this threat and following jail policy, Roger Wyatt was placed in jail on “suicide watch”. 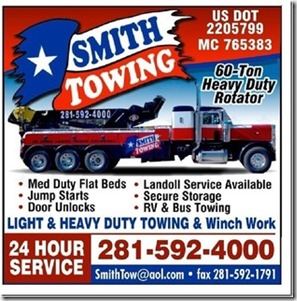