At the October general meeting of the Liberty County Sheriff’s Office personnel, Sheriff Bobby Rader bestowed the Employee of the Month award to Communications Dispatcher Mykaela Bragg for her calm and methodical demeanor during the time that Deputy Kelby Bean reported he was being fired upon during an animal cruelty call. The responding deputies rushed to the scene to back up Dep. Bean was calmly directed to the location and other resources equally directed by Bragg as she handled the heavy radio traffic as though she was a long-time seasoned dispatcher when the truth was, she had just celebrated her one-year anniversary with the Sheriff’s Office. When interviewed for this award, Bragg said what helped her remain calm herself was the calm and matter-of-fact manner in which Dep. Bean reported over the radio that he was being shot at and was requesting backup. She said that by far this was the most memorable call she has ever handled over the radio.

Communications Supervisor Sherry Walton nominated Bragg for this month’s awareness and said of Bragg “ … On August 29, 2022, Bragg, who has only been a full-time dispatcher since August 26, 2021, was working the law enforcement radio on her shift when Deputy Bean advised he was being shot at. Mykaela Bragg was calm and collected and took all the proper steps that were needed to secure the channel for Deputy Bean and had other units going en route to him. Supervisor Walton went on to say that Bragg handled the situation as if she had been a long-time dispatcher in knowing exactly what to do and without hesitation.”

It is obvious that Mykaela is up for the challenge and that she loves her chosen career field as she is now pursuing a Criminal Justice degree at Lee College with the eventual goal of becoming a Forensic Technician. With a steady hand on her future plans and her naturally calm personality, she will surely reach her intended goal in good time. In the meantime she will continue to “take care of my deputies over the radio and help the public as best I can” as she so eloquently puts it.

Help us congratulate Communications Dispatcher Mykaela Bragg for being selected as the Liberty County Sheriff’s Employee of the Month for October 2022. 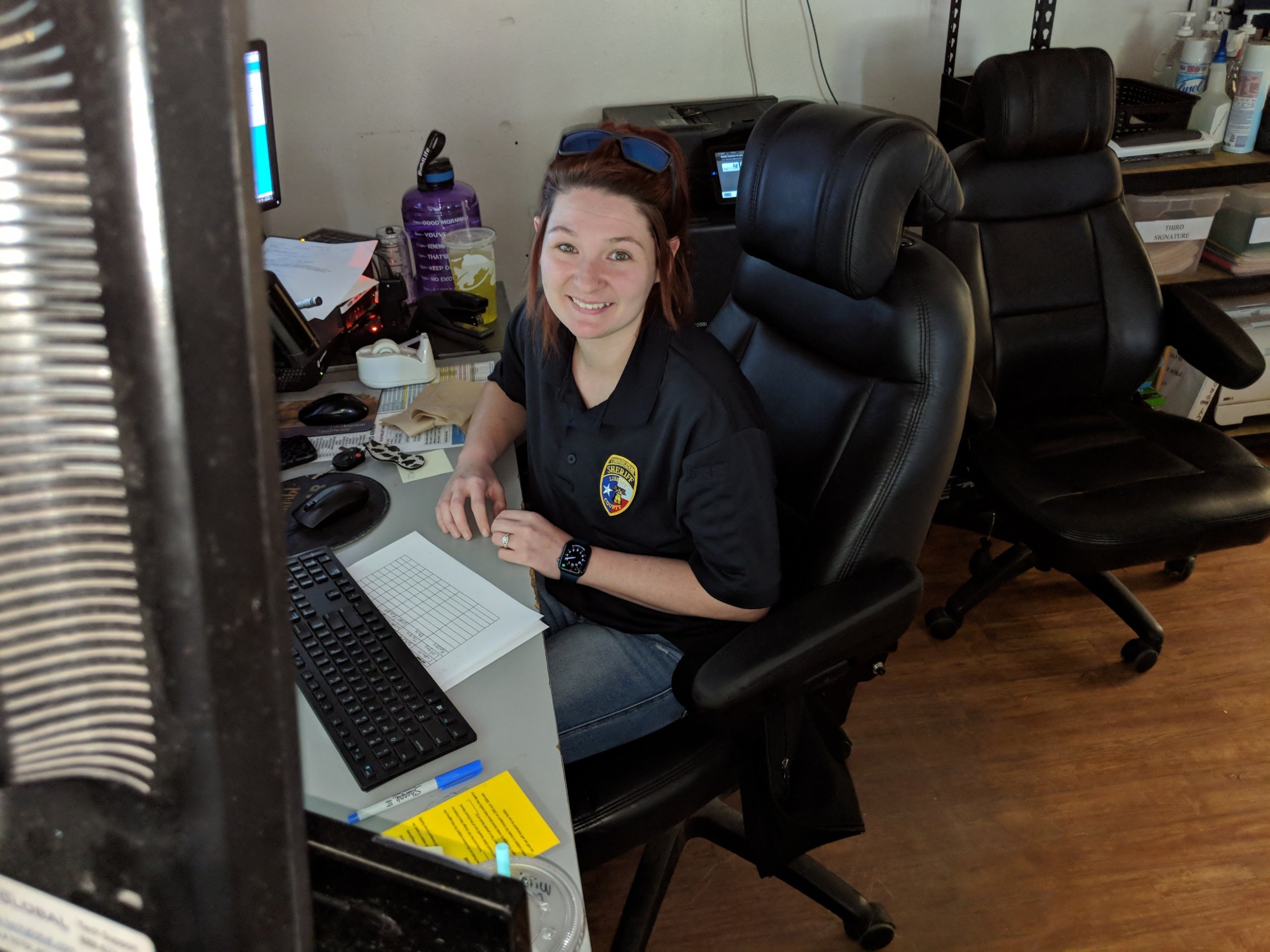