All three suspects exiting their disabled vehicle and fled on foot into a nearby wooded area.  Deputies from the Liberty County Sheriff’s Office responded to the scene.  Upon arrival a perimeter was set up and the Texas Department of Corrections was contacted for assistance by deploying their tracking dogs.  The T.D.C. dog team arrived and an all-night effort began  with a systematic search of the area.

Around dusk, early Saturday morning, another person, unrelated to the property owner, or having any knowledge of the incident from the night before, located three persons at their “deer camp” and held all three persons there until Deputy Sheriff’s arrived and detained the trio.

The property owner, positively identified all three detained persons, later identified as Roberts, Charles / Roberts, Eddie and Collins, Ambra all of the Huffman area of Harris County. All three were transported and placed into the Liberty County Jail for the Offense of Burglary of a Building. At this time, no bond has been set.

The property owner is not facing any criminal charges at this time for discharging his firearm in the course of this incident.   None of the three persons taken into custody were injured as a result of this incident. 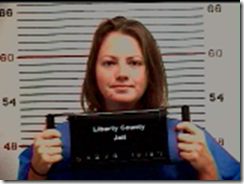 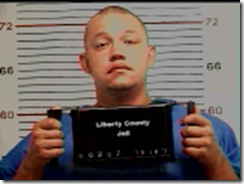