In the late evening hours of yesterday, July 27, 2011, Deputies from the Liberty County Sheriff’s Office, operating on a crime stopper tip which was received via the Department’s Web Site went to a location on County Road 389 near the Pebble Creek area of Liberty County.

Upon arrival, Deputies located numerous firearms, including, but not limited to shotguns, semi-automatic shotguns, rifles, handguns and even a L.A.W. (laws) rocket launcher.  Also located at this crime scene was an undisclosed amount of methamphetamine, narcotics paraphernalia, undisclosed amount of U.S. currency and a “growing operation” for marijuana.

Sheriff’s Deputies have remained on the scene all night preserving this large scale crime scene.  Sheriff’s Office Investigators have returned to the location  this morning to continue the processing of evidence and recovery of numerous stolen items, including, but not limited to , four wheelers, motor vehicle parts and other mechanical devices.

At this time those arrested in the course of this incident are not being released pending further additional arrests directly related to this Investigation.  Should the booking photos be authorized for release later today by Investigators, those will also be forwarded.

Please note, this is a large scale operation, whereby the investigative process will be labor intensive and time consuming.  Due to the high temperatures  expected today, Sheriff’s Office personnel will be working in rotating shifts, processing the crime scene.

It should also be noted, the original tip, which came through our Web Site, was handed to a new specialized unit here at the LCSO.  This unit, comprised of 5 Deputies, including a K-9 unit, work together by responding to reported high crime locations and follow up on crime stopper tips as they are received.  This unit has been specifically designed as a “pro-active” unit and lieu of being a “re-active” response to Law Enforcement.  This unit was authorized by Sheriff Patterson and has been in operation for the last month.  These dedicated professionals, in a very short time, have already made a tremendous impact in Liberty County.  Their efforts have netted numerous major arrests (including the capture of several wanted fugitives), recovered numerous stolen firearms, illegal firearms, large amounts of methamphetamine, methamphetamine related apparatus and products, cocaine, marijuana and approximately $25,000.00 in U.S. currency, which is being processed for asset forfeiture through the Judicial System. 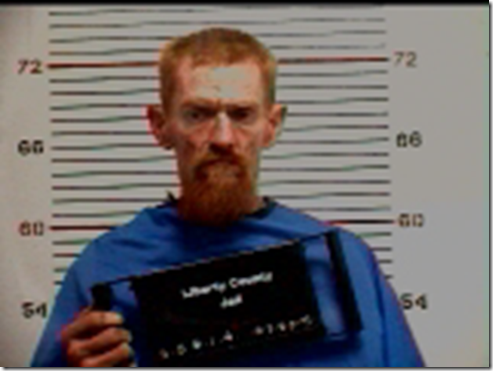