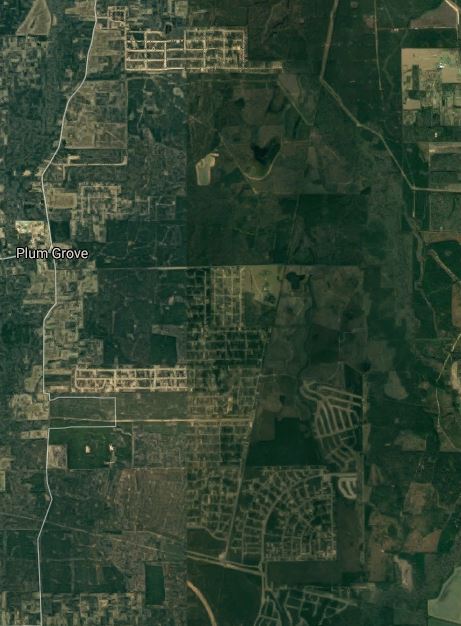 The Harris County Flood Control District is warning tonight of increased flooding danger after Liberty County Commissioners approved the expansion of a “colonia” being developed by the politically powerful Harris family.
“It can have the potential to increase flooding risk for Harris County residents that live along the east fork of the San Jacinto River and along Luke’s Bayou,” said Deputy Executive Director of the Harris County Flood Control District Matthew Zeve.
The big question is why the small-town politicians in Liberty County’s Commissioners Court chose to ignore the warnings, including an offer to see video of potential drainage violations by Colony Ridge.
“Somebody needs to say let’s pause, let’s fix what we have before we make it any bigger,” said Dolcefino Consulting President Wayne Dolcefino to the Court. “Things you do here Judge and Commissioners are going to affect life and property.”
The Houston-based investigative media consulting firm has been hired by the city council to defend the small town of Plum Grove. The Colony Ridge neighbors say drainage and traffic from the colonia are destroying roads and swamping the small volunteer fire department.
“Anyone can come in here and claim anything,” said Liberty County Commissioner Greg Arthur. “You can make accusations, but I have seen no evidence.” Arthur and the rest of Liberty County Commissioners then ignored our public offer to show him aerial video detailing heartbreaking conditions of people living often without water or sewer, and miles of potential violations of the county’s flooding ordinance.
Following the vote, the warning from Houston that the Colony Ridge development could help negate the $2.5 billion effort underway to control flooding in Harris County.
“Literally across the county line is a development that it appears could be increasing the flood risk in Harris County, which goes opposite of what we’re trying to do,” Zeve said.
The developers of Colony Ridge have given hundreds of thousands of dollars in campaign cash to Republican officeholders, including State Rep. Ernest Bailes and Texas Governor Greg Abbott.
“Why does your family give so much money to politicians?” we asked Colony Ridge developer Trey Harris. “Is it because you believe in good government?” Harris declined to answer.

“The Liberty County Commissioners had a chance to actually look at what is going on before they blindly approved more development, adding to drainage, traffic and crime problems in that section of Liberty County,” Dolcefino said. “Liberty County taxpayers need to start asking why, and Houston politicians need to make sure these actions aren’t endangering property and people in places like Kingwood.”