Friday afternoon Liberty County Sheriff’s Office released additional details on the homicide of Emily Rodriguez-Avila, age 16, who was an employee at Niko Niko’s restaurant on I-10 and the Beltway. She was last seen getting into a friend’s car on the night of September 3, 2022, as she got off work. Her body was found the next morning on County Road 3550 near Plum Grove in Liberty County. She had been shot twice, once in the side and once in the head with a 9mm pistol. Rodriguez-Avila’s body was found the following morning wearing a hairnet, shirt, and blue cap with the business name of “Niko’s” on them. Investigators found spent casings at the location. They started looking for a friend of  Emily’s who was identified as Katherine Alvarez-Flores, age 20. After contacting several people she was found and interrogated. They were able to get a confession from her and also learned of the two other males who were involved. One of the males, Kevin Rivera-Ortiz, is a former boyfriend of Emily’s. Both males were in the United States illegally. One from Honduras and the other from Ecuador. Katherine Alvarez-Flores was then originally charged with tampering with evidence, a misdemeanor charge but with a bond set at $1.5 million. She has since been charged with murder also. Houston Police Swat then located Joel Garcia-Martinez, age 20, in the 4200 block of Almeda Genoa on a construction site on September 20. He was arrested without incident. Kevin Rivera-Ortiz, age 19, was arrested in the 6200 block of Fairdale in Houston, in an apartment complex, also by Houston Police SWAT, without incident. Investigators said both confessed but gave different stories. Due to that, they were not going to release a motive as of yet. The vehicle and handgun were found in possession of Ortiz. The Liberty County Sheriff’s Office was assisted by the Liberty County District Attorney, the Texas Rangers, and Houston Police. Investigators say Ortiz had family in Liberty County and was familiar with the area. 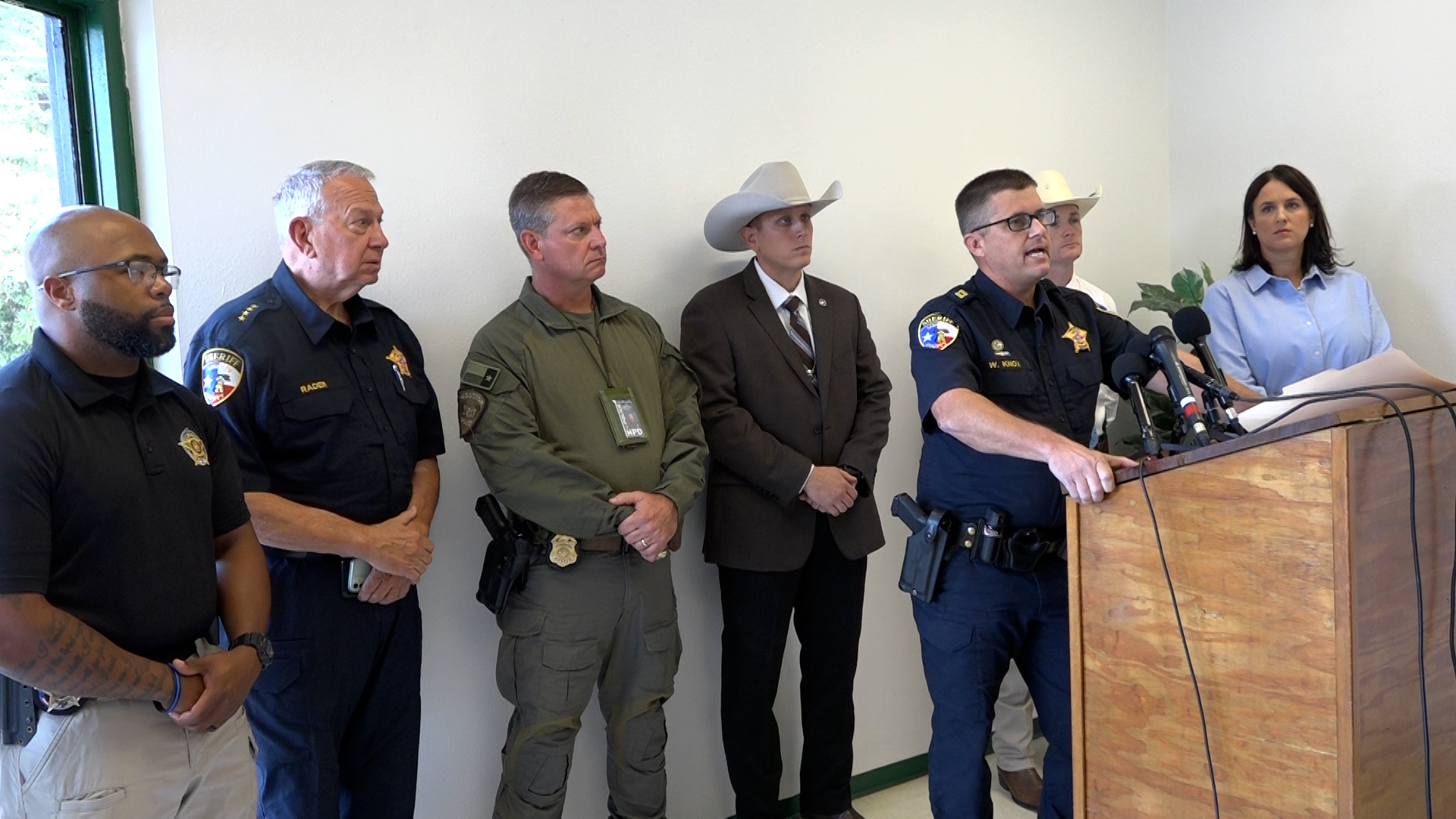