Please see the attached security camera photo of a black Ford “Escape” with damage to the front passenger side used by the described two suspects in their escape from the scene of the robbery as just released by Liberty County Sheriff’s Investigator Daniel McMullan. Once again, anyone with information on this vehicle or the two described suspects are ask to call the Liberty County Sheriff’s Office at (936) 336-4500 or the Multi-County Crime Stoppers at 1-800- STOP (7867) and provide a “tip”. All callers to Crime Stoppers will remain anonymous and a cash reward may be offered for this information. 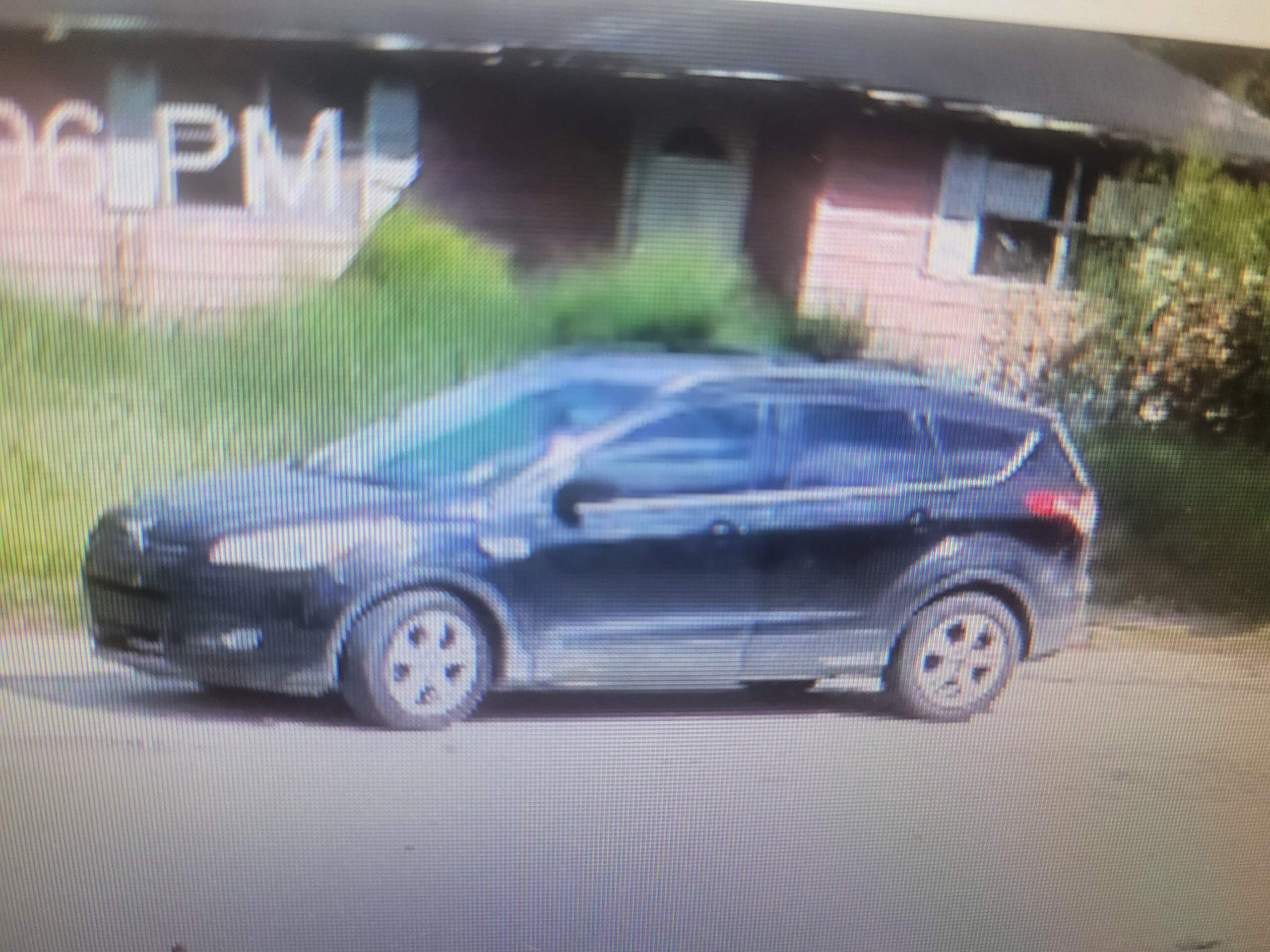 At approximately 4:45pm this evening, the Liberty County Sheriff’s Office received a call from the Exxon Grocery Station at 13768 Hwy. 90 reporting an armed robbery of that business by two subjects each armed with a semi-automatic hand gun. Patrol Deputy and lead Investigator Reid Kenagy was only minutes away and responded immediately but the suspects had fled the scene shortly before his arrival.

According to Deputy Kenagy, security camera footage recorded what is thought to be a black Ford Escape with front end damage to the passenger side with the front bumper being secured by a light colored rope or bungee cord parked at the side of the business just before the robbery. This vehicle had no front license plate but according to witnesses in the area, this same vehicle, with two people inside, was seen leaving the scene of the robbery at a high rate of speed.

At the time of the robbery only the store employee and one customer was in the store as the two robbery suspect entered. The customer was forced to hand the suspects his money and then told to leave the store which he did. No one was injured as the suspects made their get-away in the black Ford vehicle with an undetermined amount of money from both the store and the unknown customer.

According to Deputy Kenagy, the store security camera showed one of the suspects to be a dark complected black male thought to be in his 20’s wearing a long sleeve white shirt and either blue or black jogging pants with a stripe down each leg. He was also wearing a COVID type face mask and gloves. This suspect had what was described as a very distinctive long scar running from his ear down his neck. He was armed with a semi-automatic hand gun.

The second suspect was a light complected white male or possibly a Hispanic male also thought to be in his 20’s wearing a black long sleeve shirt, blue jeans and a full face ski mask and wearing gloves. This suspect was also brandishing a semi-automatic hand gun.

LCSO Investigators are reviewing the store security camera footage for additional information and anyone with information on this robbery is requested to call the Liberty County Sheriff’s Office at (936) 336-4500.

Also, if anyone can provide a “tip” leading to the arrest of these two robbery suspects, they are encouraged to call the Multi-County Crime Stoppers at 1-800-392 STOP (7867) and provide such information. The identity of any person(s) providing a “tip” will remain anonymous and may qualify for a cash reward.