At approximately 8:30 this morning, the Liberty County Sheriff’s Office received a call which reported an Entergy Employee was under fire from a male at a residence on C.R. 450 just off of F.M. 1409 in Liberty County.

Upon arrival of LCSO Deputies and Texas Department of Public Safety Troopers the scene was cornered off.  The Entergy employee and his vehicle were out on the roadway.  The employee was uninjured, however, the truck had sustained impact points from gunfire, damaging the vehicle.

The City of Baytown Police Department’s SWAT team was requested to respond and assist with this incident.

Captain Evans along with two State Troopers, with consent of Entergy, used the same truck and returned to the driveway of where the suspect, later identified as Roe, Marcus was at.  This action was taken in an attempt to gain a line of sight on the property, residence and as to the whereabouts of the suspect.

The suspect and his father were observed on the front porch.  Captain Evans, who had responded to this location on previous incidents knew Marcus Roe and his Father and attempted to call the Father, however, no answer was obtained.  Verbal negotiations began by Captain Evans calling out to Mr. Roe many times and asking him to surrender peacefully and walk out to the driveway empty handed.  After a short period of time, Marcus Roe and his father left the front porch of their residence and walked towards Captain Evans and the State Troopers.  Marcus Roe was placed under arrest for Aggravated Assault-Deadly Weapon-Firearm (2nd degree felony) and his Father was detained, however,  was later released without any charges.

Baytown SWAT arrived as the two were being detained and approached the residence, checking this interior for any other persons.  It was determined no one else was inside and the “all clear” was given.  Everyone involved is very thankful for this peaceful resolution to a very intense scene.  Mr. Marcus Roe remains in the Liberty County Jail at this time with no bond set as of this release. 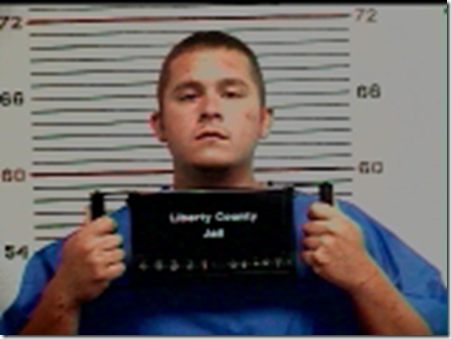