12:15PM-Deputies remain on the scene at the home in Liberty County where last night a baby was found living in extremely poor conditions and reported to have been kept in a dog crate at night. The District Attorney is still working on a search warrant for the property and a seizure warrant for at least 10 dogs, several horses and some 20 cats inside the home. A backhoe is also on standby to bury one horse which is dead on the scene.

The Houston SPCA arrived on the location several hours ago and are waiting the order to start removing the animals.

Mabel Larsen is currently being held in the Montgomery County Jail on cruelty to animals charges. Aaron Parker is being sought as a person of interest. An old booking photo is below of Parker.

This is the not the first brush with the law  and CPS with the two.

We will update throughout the day and post additional video along with the full interview with Captain Rex Evans of the Liberty County Sheriff’s Office this morning describing her past and the conditions. 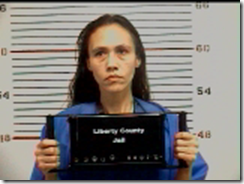 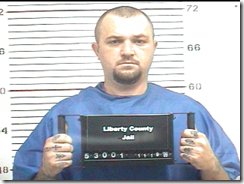