The remnants of Pamela will pass through the area on Thursday bringing the chance of locally heavy rainfall west of I-45. Then, a significant cold front will move through on Friday bringing strong winds over the Gulf through the weekend.

Pamela made landfall early this morning along the west coast of Mexico. The remnant moisture from Pamela will move through Texas later tonight and through the day Thursday. Significant impacts are not expected for Southeast Texas, however, there is a chance for locally heavy rainfall Thursday morning for areas generally west of Interstate 45. The northwestern portion of the area is in a Slight Risk of Excessive Rainfall with a Marginal Risk extending down to Matagorda Bay and up through Lake Livingston. Training storms is not likely, however, rainfall rates of 1 to 2″ per hour or higher is possible with stronger storms leading to urban and small stream flooding. The onset of the rainfall will be before sunrise on Thursday morning for areas west of the Brazos River with precipitation extending eastward through the morning. Precipitation intensity is expected to weaken as it moves eastward. Showers and thunderstorms are possible through the evening along and east of I-45 as some lingering moisture remains. Rivers west of the Brazos River may experience minor rises in the next couple of days due to runoff from rainfall upstream, but significant river flooding is not expected. The rainfall will be beneficial to alleviate fire weather concerns across the northern half of the area. 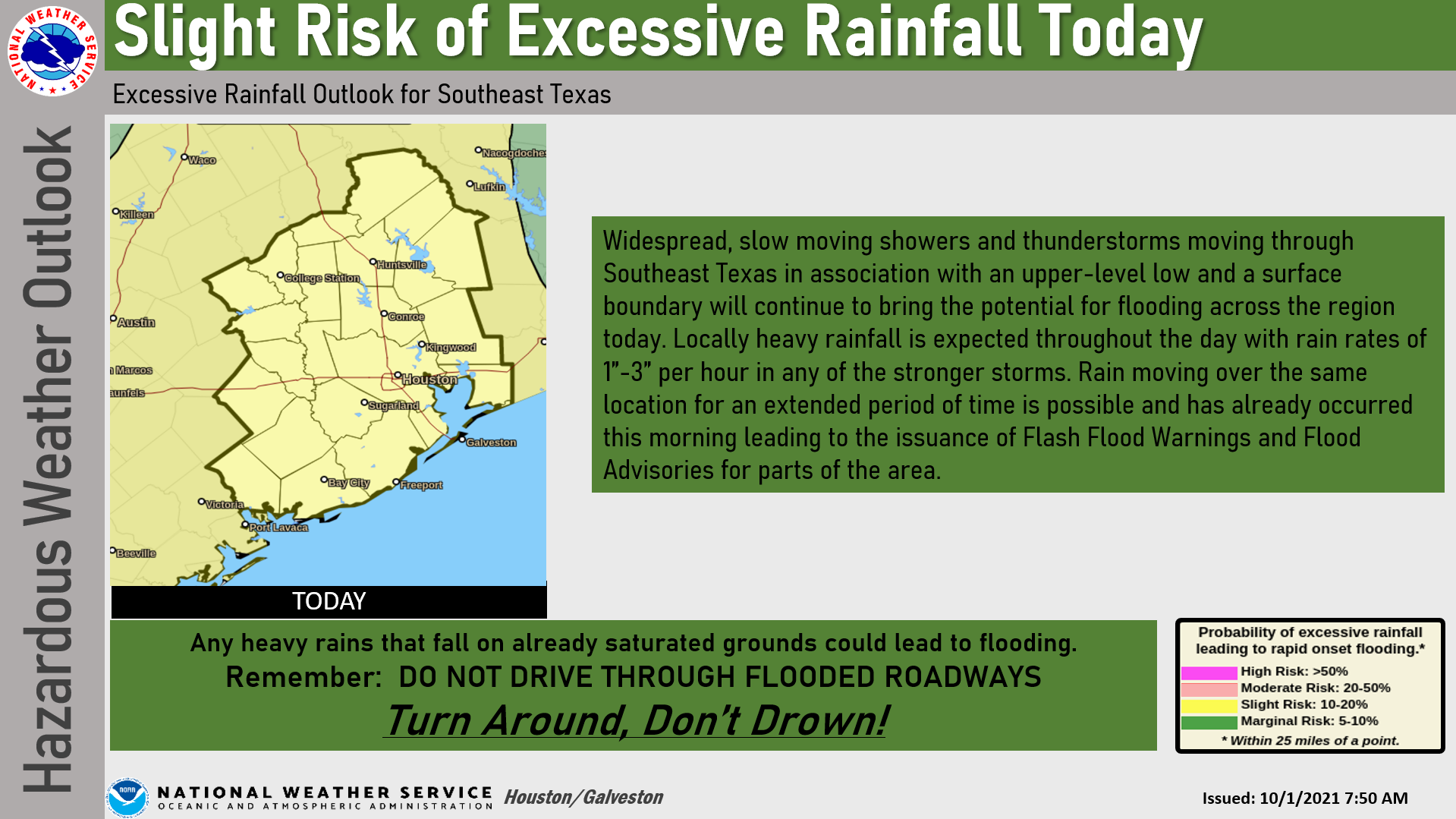