Just after 4 am Wednesday morning a man lying in the middle of Dobbin Huffsmith near Camp wood.  Montgomery County Sheriff’s Office along with Magnolia Fire and MCHD was dispatched to the scene. A very short time later the call came back in that the male who appeared to be in his twenties had been run over. Sheriff’s deputies arrived on the scene and initiated CPR. MCHD arrived on the scene along with fire. A short time later it was determined the male was deceased. DPS is investigating the crash. The vehicle that struck the male remained on the scene.   Montgomery County Justice of the Peace Matt Masden ordered Eickenhorst Funeral Directors to respond to the scene and transport the victim to the Montgomery County Forensic Center for autopsy. 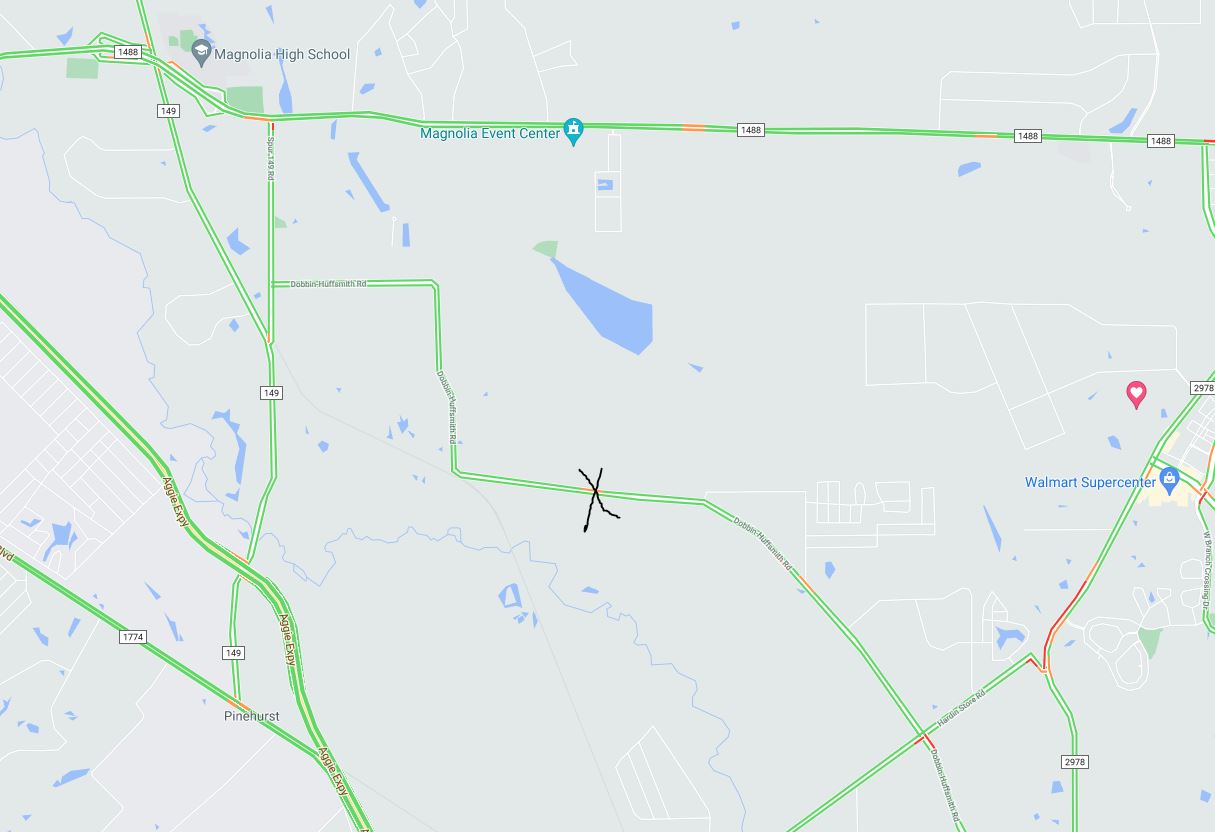