In what can only be described as the worst decision of the day occurred at about 4:pm this evening at the Hull Drive Inn Grocery on FM 787 in north Liberty County when 45-year-old Robie Jay Brewer attempted to rob off-duty Liberty County Sheriff’s, Captain Billy Knox. According to Patrol Division Sgt. Bubba Pearson, Captain Knox was off-duty and had ridden his side by side ATV to the store to get gas.

While he was gassing up the ATV, Brewer approached Knox and demanded his wallet and his money but Brewer did not display a weapon of any kind. When Knox resisted this robbery request, Brewer became aggressive and a struggle ensued between the two. After a struggle, Knox overpowered Brewer and called for the store owner to call 911. No injuries were reported by either Captain Knox or Robie Brewer.

Deputies arrived shortly thereafter and Brewer was formally arrested and transported to the Liberty County jail. Patrol Deputy Brad Taylor said that Robie Jay Brewer who is from Knight’s Forest in Liberty County would be charged with Strong Arm Robbery, a second-degree Felony, within minutes after arriving at the County Jail 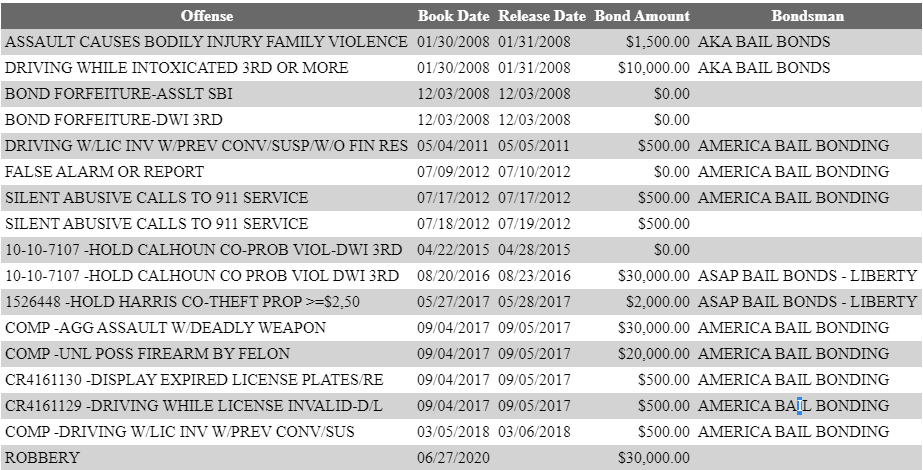