A man is dead and his 11-year-old son was injured when an 18-wheeler lost two of its wheels mid-drive along Interstate 45 in north Harris County, according to Sheriff Ed Gonzalez.

The incident happened in the 20700 block of the North Freeway near Louetta at about 1:35 p.m.

The big rig was heading southbound on the North Freeway when two tires on its left side came off and rolled into the main lanes, Gonzalez said. One of the wheels went onto the service road and struck a vehicle, but only caused minor damage. The driver in this wreckage was not injured.

The other wheel bounced over the center wall and onto the northbound lanes of the freeway. It then hit the windshield of another car, striking the driver and shearing the roof of the vehicle. The driver, 32-year-old Lee Simmons, was pronounced dead at the scene.

Simmons’ 11-year-old was also on board when the wheel hit them. The child only suffered minor injuries and was treated at the scene, according to Gonzalez.

She explained to us what deputies told her at the scene.

“A tire flew off an 18-wheeler going south and jumped over the other side of the freeway and killed him,” she recalled. “It crashed and totaled the car. It took off the roof. It smashed the windows.”

Joshua Gable was driving behind the truck.

“I’m shaking right now, because that’s just how fast life can hit you,” Gable said. “One minute, you’re driving down the road, and the next minute, you’re gone.”

Gable shared what he saw with the authorities. He said he watched in horror as one of the tires bounced over the divider.

“It’s a tough situation,” Gable said. “Somebody lost their life at the end of this. You definitely look at things differently. Like I said, it could’ve been me.”

The outbound I-45 North Freeway was blocked for several hours as deputies and crews cleared the scene.

That portion of the freeway was cleared at 5:30 p.m. Deputies said one of the rear tandem wheels broke away from the axle, causing the wheels to separate.

The driver stopped. No charges were announced. The investigation is ongoing.

Gonzalez is asking anyone who witnessed the accidents to reach out to the sheriff’s office. 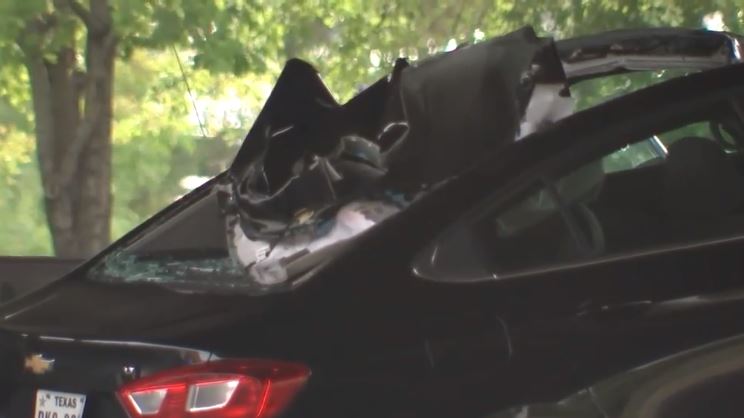 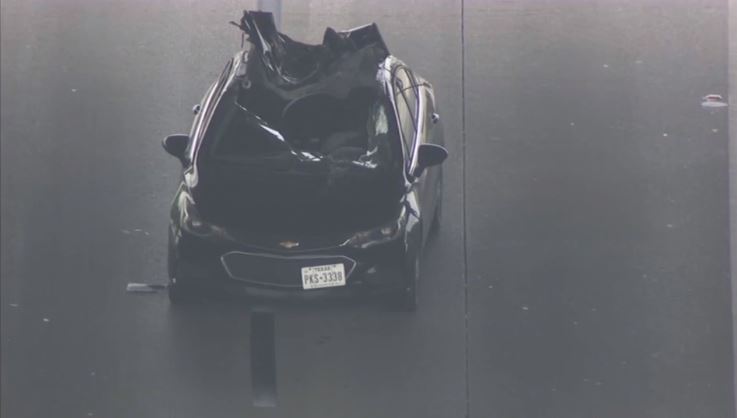 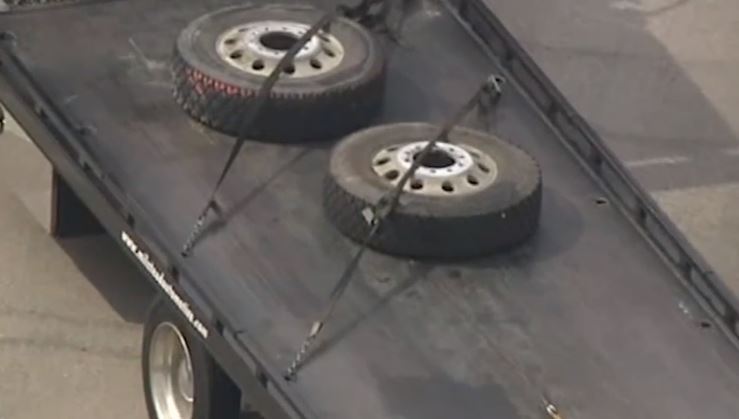