Just after 1 am Saturday morning Terrian DePaul Goosby, 23, of Houston was spotted on South Loop 610 and Cullen by an Houston Police Crime Reduction Unit. Goosby was driving a stolen truck. Police attempted to stop him but he fled to US 59 to I-10 and at speeds close to 100 miles per hour led police for over two hours in the chase. Several times he was able to evade them by exiting the freeway, going to the u-turn lane under the freeway and going back the other direction. Spikes were set several time which were missed. At one point he was able to get past Katy where DPS joined in the pursuit. Traffic on the freeway was extremely light giving officers a chance several times to spike him. As he came back into Houston he exited into neighborhoods of Spring Valley and Spring Branch. It was at that point a Houston Police helicopter was able to join in the chase. Once that was done units were told to back off as the helicopter followed him. He re-entered the freeway on the West Loop at Memorial and traveled to South Post Oak and again went through neighborhoods. DPS once again initiated the pursuit on SH 288 heading toward US 59. The driver traveled to I-10 and east to Waco Street. DPS and Houston Police units were able to stay with him when he once again entered the neighborhoods as the streets were almost completely clear of traffic. He finally made a mistake after he cut his headlights which he had done several times during the chase. However this time he turned onto Eddie Street and ran into a dead end. THat is where he was taken down. In an interview Terrain Goosby claimed to be a rapper and was trying to promote himself. Several time during the pursuit he was seet flashing hand signs and holding a cell phone out the window shooting video. Goosby claimed he was a professional driver and when asked about putting other lives in danger said he was careful not to. He now sits in the Harris County Jail on a NO BOND, He was arrested on possession of marijuana in 2011 for which he got 15 days in jail and his drivers license suspended 180 days. Then in March 2014 he was involved in an accident which caused injuries and he fled the scene. His attorney, former Harris County Judge Jim Barr was able to get him 3 years deferred probation and a $200 fine. This meaning that his record would be clear of the felony charge after completing the 3 years. That probation does not end until September 21, 2017. If the court revokes the probation he could go to prison to serve that time. After the chase Saturday he is facing a felony unauthorized use of a motor vehicle. That vehicle was stolen the day before Valentines Day. In addition he is facing a felony evading charge. Goosby, who in the interview said he was born and raised and lived in South Houston gave an address which is in the 17600 block of Cali Drive off FM 1960 and I-45. His drivers license gives an address of Earl Mist Drive in Spring. During the chase several officers were seen pulling into gas stations to buy several gallons of fuel using their own funds and then, due to his direction changes on the freeway were able to rejoin the pursuit. 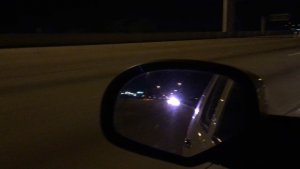 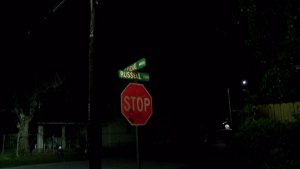 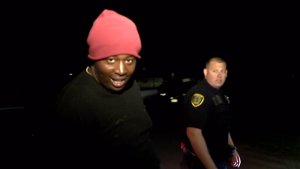 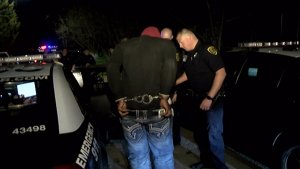 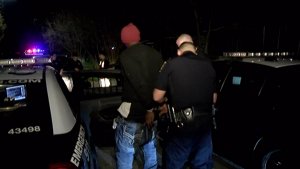 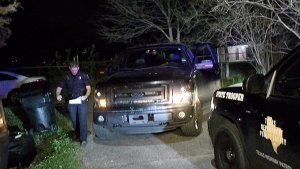 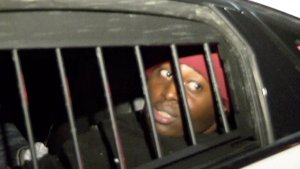 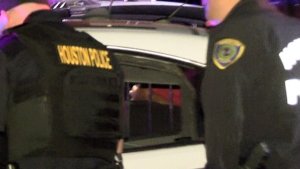 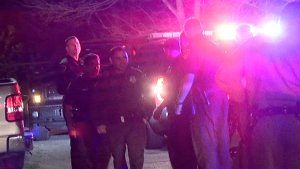 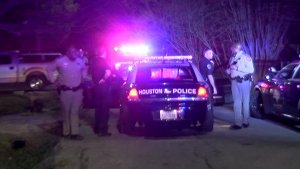 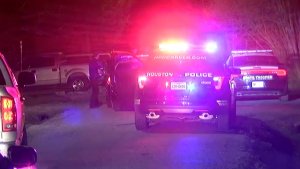 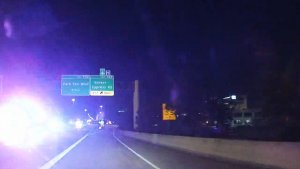 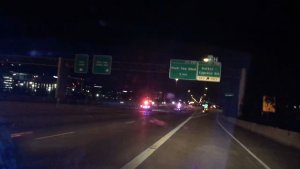 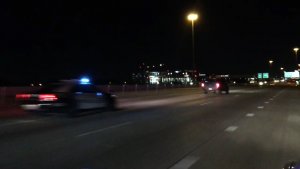 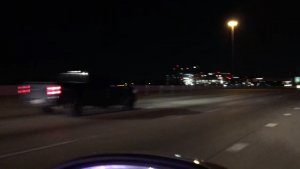