Late Sunday afternoon, Deputies from the Liberty County Sheriff’s Office responded to a call in which a person notified the LCSO several vehicles had been seen opening a gate and driving into the area where a large marijuana operation was closed down just last week.

Deputies immediately responded to the area.  While approaching the scene, a Deputy Sheriff observed one of the described vehicles leaving the area.  This vehicle was stopped by the Deputy Sheriff. The driver, identified as Williamson, Logan was found to be in possession of drug paraphernalia and arrested.  Mr. Williamson was transported to the Liberty County Jail and his vehicle was towed away.

While Deputies were on the scene, searching the area for any further persons who may have been at the now destroyed marijuana operation, two additional vehicles pulled through a gate and onto the property, at different times.  In both instances, the vehicles were stopped, occupants identified and checked for warrants.   When asked why they were at this location, it was learned by LCSO Deputies these persons “just wanted to see what it looked like” and “I just wanted to see if there was any weed left.” Each person was warned by the LCSO of the dangerous position they had placed themselves into and advised do not return to this location or any reason.

The LCSO wants to warn people to remain away from this property.  There is nothing remaining to see or obtain here.  There are no souvenirs or remaining marijuana plants which may have been missed by the LCSO, State or Federal Agents. Furthermore,  everyone needs to know, the pesticides and chemicals used by those involved in the marijuana operation are harmful and can even be deadly if consumed straight from the ground as some of the individuals stopped eluded to trying to do.

All of the persons stopped near or on the property of this case were local Liberty County residents.  The LCSO wants to remind everyone, please, for your own safety, DO NOT, for any reason attempt to go to or “sight see” near this property. Additionally, while the LCSO and Agents believe any and all countermeasure devices have been located and disabled or destroyed,  a danger or risk are always present during and after such an operation.  There is absolutely nothing there of value to anyone, especially at the risk of bodily injury or death. 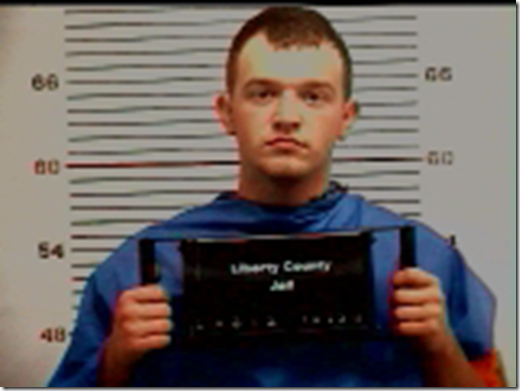