About 6:30pm Friday Montgomery County Sheriff’s Office along with MCHD and  Woodlands Fire Department responded to a shooting at the McDonalds located at 8102 SH 242 at IH 45. When they arrived they found a black male inside the McDonalds with multiple gunshot wounds in the legs and upper body. Life Flight was put on stand-by but cancelled due to the close proximity to Hermann Hospital Woodlands.

He was transported there in critical condition.

Over 40 people were in the area at the time, either in the parking lot or in the store, some were also pumping gas at the Shell Station that adjoins it.

According to Mike Landrum, with Montgomery County Sheriff’s Office Major Crimes Unit. The victim, from Willis came to the parking lot to meet two other males from Houston. The suspect got into the late 90’s or early 2000 model Chevrolet Suburban when an argument started. The suspect then shot the victim several times both in and out of the vehicle. One suspect was seen chasing the victim as he was shooting at him. The shooter a light skinned black or Hispanic male described as 5’-8” to 5’-10” and approximately 200 pounds with braided hair and wearing dark shorts and a white shirt returned to the Suburban. The Suburban described as silver or gold and possibly having a brush guard and missing a passenger side window fled the parking lot onto SH 242 then went north on IH45. An attempt to locate was put out on the vehicle. The driver of the vehicle is identified as a white male, medium build and short brown hair with multiple tattoos on his arms and neck. He was wearing a white t-shirt.

The victim is identified as Troy Bishop, 23, of Willis remains in stable condition.

Detectives reopened the parking lot a little after 9p.m. after interviewing numerous witnesses. 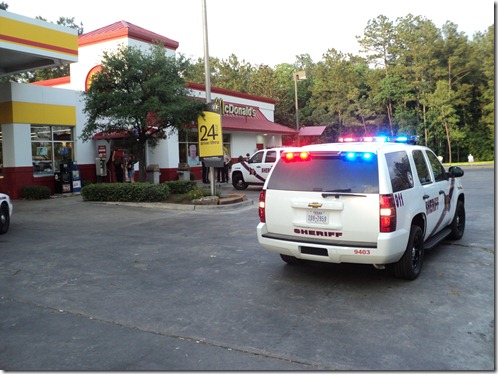 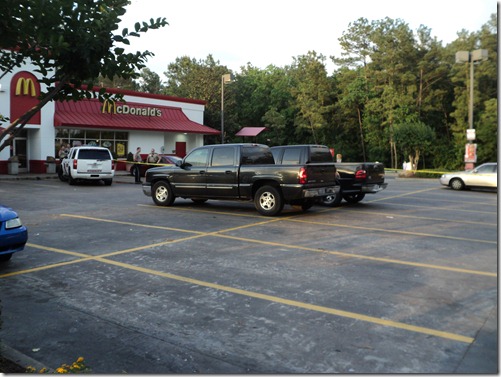