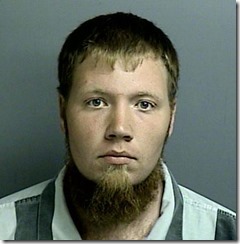 On 3/7/2016, while investigating a burglary in the 12000 block of Cedar Lane, in Conroe, Deputy Stein came in contact with Christopher Wayne Herberger  who had an active warrant for failure to appear and an order of arrest out of Montgomery County. The warrant was confirmed and the male was transported to the Montgomery County Jail. 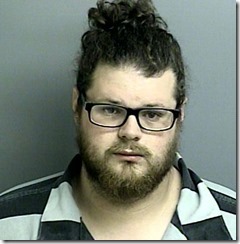 On 3/7/2016, while conducting routine patrol in the area of Browder Traylor and East Williams Road, Deputy Taylor came into contact with Samuel Ray Hickmon  that was showing to have active warrants out of Montgomery County. The warrants for failure to appear and driving while license invalid were confirmed and the male was transported to the Montgomery County Jail. 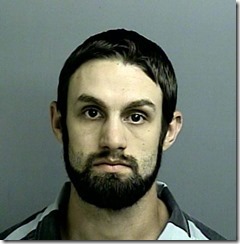 On 3/8/2016, Deputy Soroko responded to a disturbance call in the 16700 block of Peach Creek Drive, in Conroe. Upon arrival, Deputy Soroko met with a female who advised her spouse, Joshua Michael Burgess had fired a gun into the ground, as she was walking away from him after a verbal argument. After hearing the gun shot, the female called 911. After an investigation, the weapon was located and the Burgess was arrested for terroristic threat.

On 3/8/2016, Deputy Parker responded to a disturbance call in the 10700 block of Royal Tricia Drive, in Conroe. Upon arrival, Deputy Parker was advised by a female complainant that she had been in a verbal argument with her boyfriend Seth Staples when it became physical. The male had put the female in a choke hold and had also attempted to hit her. During the altercation, the male reportedly accidently hit a nine month old child the female was holding. The male left the scene after choking the female a second time. The male was located at his place of employment and was returned to the scene for his side of the story. The male was arrested for assault and assault impeding breath.

On 3/8/2016, Deputy Campos and Deputy Senn were dispatched to the 18300 block of Highway 105 East, in reference to a vehicle fleeing the scene of an accident. Deputy Campos observed a vehicle on Highway 105 East that matched the description of the suspect vehicle and observed a vehicle following it. Once making contact with the male driver it was determined he had struck two vehicles and one of the vehicles had followed him. The 17 year old male driver identified as Leonardo Luna was arrested for failure to stop and render aid.

On 3/11/2016, Deputy Merlos was dispatched to the 13100 block of Point Aquarius Blvd, in Willis, in reference to a welfare concern. Upon arrival, Deputy Merlos met with a female subject complaining of pain to her arm. The female appeared disoriented and confused and was checked by emergency medical technicians and cleared. During the process of identifying the female, it was found that she had an outstanding warrant out of Travis County. The female was arrested and transported to the Montgomery County Jail.

On 3/11/2016, Deputy Campos was dispatched to the 15400 block of Bart Lake Road, in Conroe, in reference to a welfare concern. Upon arrival, Deputy Campos observed a male running towards the home and was also observed throwing something from one of the vehicles parked in the driveway. After speaking with the female complainant, it was found that she was four months pregnant and the male had pushed her down on the couch. The male was arrested for assault and transported to the Montgomery County Jail.

On 3/12/2016, Deputy Campos was dispatched to 17200 block of White Oak Orchard, in Conroe, on a disturbance call. The caller stated that two male suspects had left the location and were walking in the neighborhood. Deputy Campos was flagged down by a female who stated a male had asked her husband for a ride. Deputy Campos made contact with the male suspect  identified as who advised he was being chased and someone was shooting at him. The suspect was searched and found to be in possession of marijuana. The male was arrested and transported to the Montgomery County Jail. 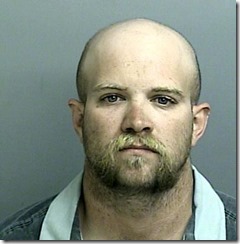 On 3/12/2016, Senior Sergeant Guion had stopped on FM 2090, checking on the safety of Deputy Cooke who was on an abandoned vehicle call. While Senior Sergeant Guion was in the process of leaving the scene, with his rear lights still activated, he observed a vehicle approaching at a fast pace headed towards his vehicle. Senior Sergeant Guion could hear the vehicle tires screeching and saw the vehicle swerve onto the shoulder of the road just short of striking the patrol vehicle. Contact was made with the male driver and it was determined he was intoxicated. The male driver identified as Kyle Martin Mcmullen was arrested for driving while intoxicated 2nd and an outstanding Montgomery County warrant. The male was transported to the Montgomery County Jail. 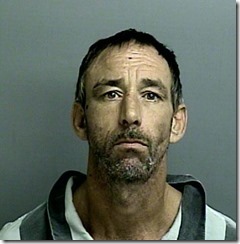