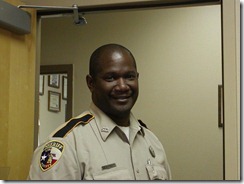 On October 25, 2010  just before 1:00pm Deputy Odell McDuffie Jr., age 43, was returning from the Hardin County Juvenile Detention Center after dropping off a juvenile. As he came around a curve and then back to a straight away on FM 770 just north of Saratoga he for unknown reasons left the roadway. His southbound police cruiser then crossed the northbound lane, traveled through a ditch and struck a stand of trees in front of a church.

Gene Denham who lives a short distance away rushed to the scene after his son ran to the house and told him a police officer had just crashed. He rushed out the door calling 911 as he did so. When he got to the patrol car it was heavily damaged. The deputy was unconscious and non responsive. He said there was fire under the hood and they tried to put it out using extinguishers. The deputy he said was trapped in the car, his lower body under the dashboard. Within minutes fire broke through the firewall and when they vinyl dashboard caught fire the car erupted in flames. Unable to do any more for Deputy McDuffie due to the intense heat he was forced to back away.

He was pronounced dead on the scene by Hardin County Justice of the Peace Warner.

McDuffie, started with the Liberty County Sheriff’s Office as a bailiff. He had been with the department 17 years when this crash happened.

Tuesday night friends, family, and fellow deputies held a memorial service for Deputy McDuffie. Captain Rex Evans said, “when reflecting back upon his time here, he was truly a gentle giant.  A man of solid character who worked with all of his heart to make Liberty County a safer and better place for all who live and work here.  He brought with him a special ray of light wherever he walked.  Every room he entered into he knew no stranger.  Odell was truly a man who could speak to people in crisis and bring about calm in the midst of a storm.”  Evans continued to say, “ at times, we all meet someone who makes an impression upon us.  Some of those impressions are so profound and make such an impact, we never forget that person and what was said or done by them.  Odell just seemed to have a way of making such an impact on so many people he met every day in his life.  So many lives were touched in such a positive way that we cannot help but to honor the life he lived, not drown in the sorrow of his loss. “ 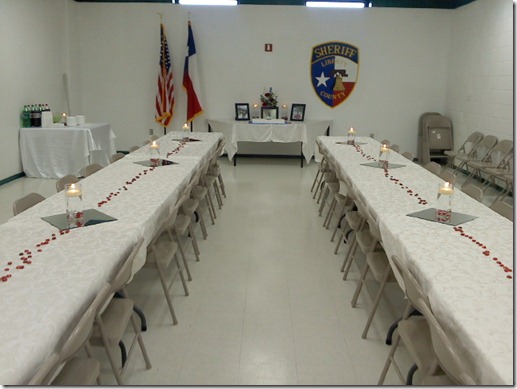 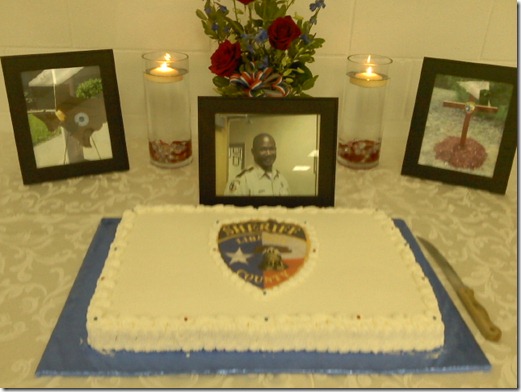 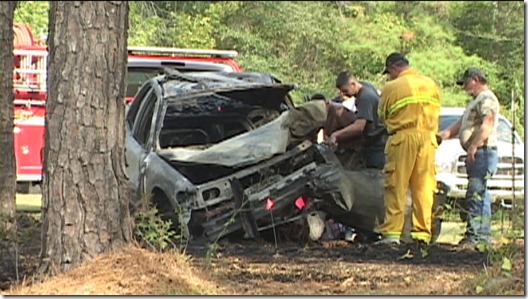 DANGER ON I-69-STAY OUT OF RIGHT LANE