Just before noon today severe weather started moving into the Montgomery County area. A tornado warning was put into effect until 2:00 p.m. , changed to a watch then one again turned into a warning not once but twice. One was reported in the Humble area by emergency workers responding to a call near Wilson Road.

Moments later what was reported to be a tornado touched down near Willow Creek Elementary in the Kingspoint Subdivision in Kingwood. Several trees were damaged as were a few roofs. Officials report almost a six  block area. There were no injuries. Almost 5,300 residents lost power which remained out at this hour.

Moments later the NWS reported a tornado on the ground six miles south of Plum Grove. No damage was found but it had rained so hard that water flowed across the road like a river 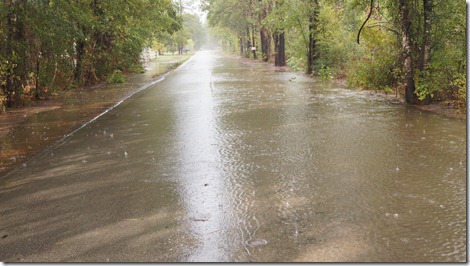