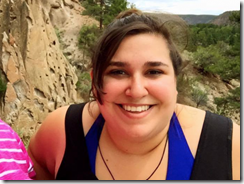 Foy who lives in Summerset Estates in Conroe  is also an Junior English Major at Sam Houston State University.

“SHSU appreciates the enormous public response in support of law enforcement. The university is a leader in educating many people who work in criminal justice and those who protect the civil liberties this country was founded upon, including free speech, whether we agree with that speech or not.”
“SHSU has a strong Student Code of Conduct. The student’s remarks will be evaluated to determine if the code was violated following standardized due process. The university has an ongoing commitment to taking actions that strengthen dialog and understanding between our students and the law enforcement community.”

Last night Foy was arrested by the Montgomery County Sheriff’s Office for an outstanding warrant from Harris County for assault causing bodily injury. She had a bond of $1000.

Foy’s Tweet went viral Monday and was picked up by many news organizations including Brietbart Press.