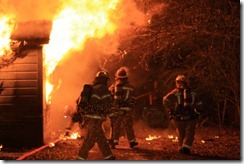 The City of Conroe Fire Department responded to a report of a house fire at 1319 S. 1st St at approximately 7:00 a.m. Friday morning. The 911 caller reported that the house was on fire and that an elderly woman might be in the home. The first fire units to arrive reported flames and smoke coming from the front of the residence.
Four fire engines and one ladder truck responded to the blaze. Fire companies began to establish water supplies at a nearby hydrant and charged a hose line into the front door of the dwelling. Another team attacked the fire from the outside in order to protect the neighboring home. After performing a primary and secondary search of the structure it was determined no one was inside. Firefighters were later notified that the 74 year old homeowner was spending the night with her daughter and that no other individuals were in the home. By 7:45 a.m., the flames and heavy smoke conditions diminished against an aggressive attack by firefighters.
No injuries were reported at the scene. The home was insured but suffered extensive fire and heat damage. It is still undetermined what caused the fire that originated in the master bedroom of the home. 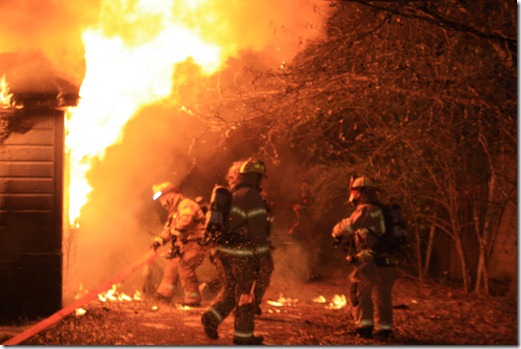 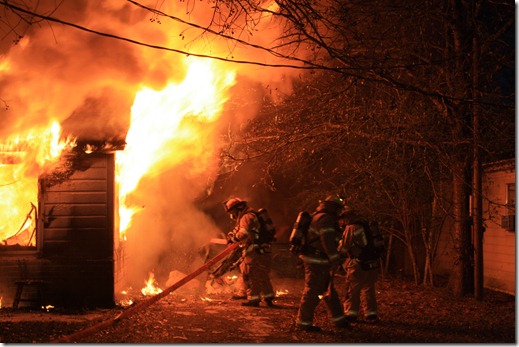