Friday morning a Chevrolet Equinox was westbound on SH 242 near Mossey Oaks when for unknown reasons the driver turned left hitting a Ducati motorcycle head-on. The drivers have not yet been identified. The motorcycle driver was pronounced deceased on the scene. The driver of the Equinox was transported in stable condition. According to a witness a sod truck was westbound on SH 242 and pulled into the start of the center turn lane. The driver of the Equinox followed behind and when the truck stopped she appeared to either turn or go into the oncoming lane to avoid striking the rear of the truck. 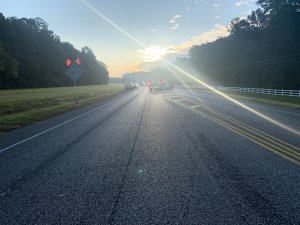 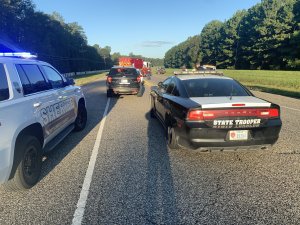 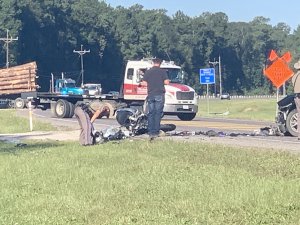 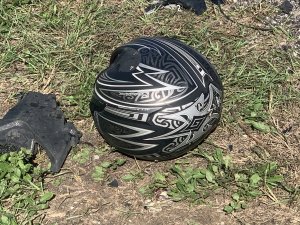 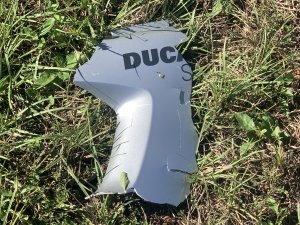 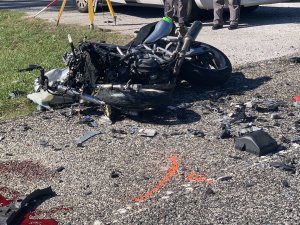 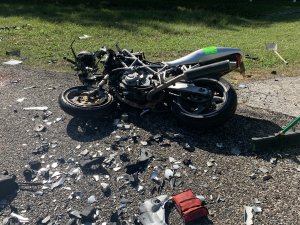 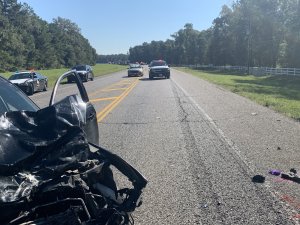 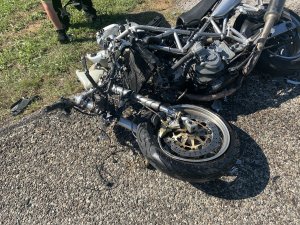 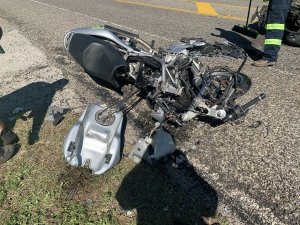 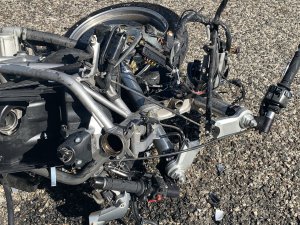 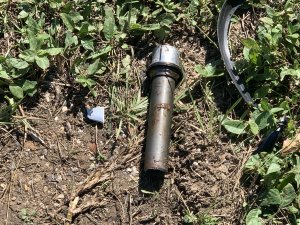 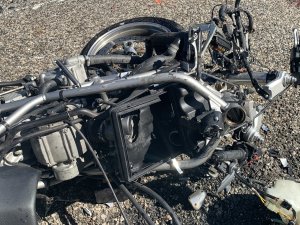 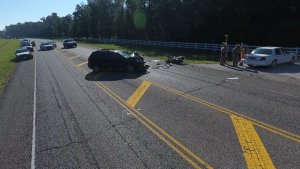 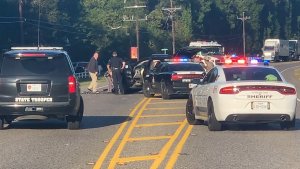 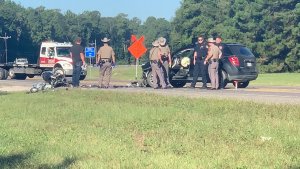 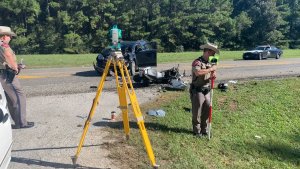 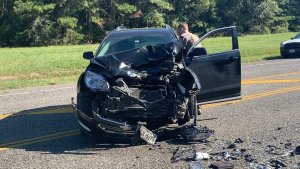 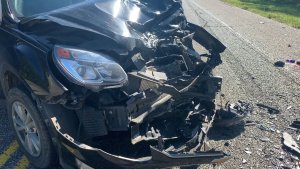 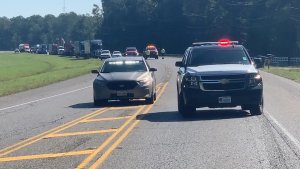 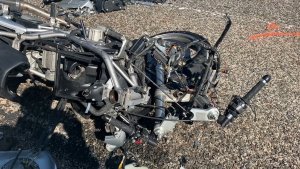