Just before midnight on April 21, Cpl. A. Looza and Deputy Brown stopped a Toyota passenger car for defective equipment on the Hwy 59 feeder road at FM 1485. Deputy Brown saw the female front seat passenger place something under her dress, so then he told her to step out of the vehicle and a female officer from another agency responded to search her. The deputy found a small glass smoking pipe containing marijuana in the woman’s clothing. The male driver claimed ownership of the pipe. Apparently the passenger, Ms. Hodges, was concealing the pipe for the driver, who was Mr. Wright. As a result, she is charged with a third-degree felony and he is charged with a Class B Misdemeanor.

Stephanie Hodges, 41, of Nacogdoches, is charged with Tamper/Fabricate Physical Evidence With Intent to Impair, which is a third-degree felony.

Jesse Carlisle Wright, 34, is charged with Class B Misdemeanor Possession of Marijuana. 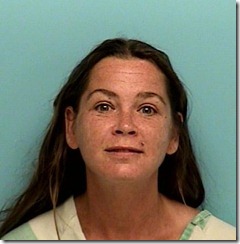 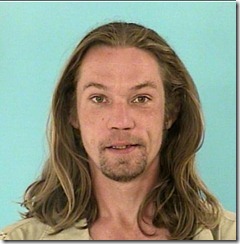