8:30a.m.-Overnight officials who diverted all their attention to locating Keegan shifted gears and sought to bring charges against the suspect.

During the search for the vehicle detectives started going parking lot to parking lot.  Detective Wood with the Montgomery County Sheriff

s Office drove through the Fawn Ridge Apartments and spotted what appeared to be the vehicle..

After questioning several residents in the area Wood notified other investigators and them along with SWAT responded to the scene.

During that time the suspect arrived at the complex and asked to speak with detectives. She  provided information of where the child was.

The Texas Rangers responded to her apartment on Sugar Pine Circle off FM 1960 in the Ponderosa area and found the child with the suspects sister Corina Jackson.

Overnight Capital Murder charges were filed on Verna Deann McClain, 30. She confessed to the incident. At an earlier date she told her sister she would be adopting a child soon. After the shooting and kidnapping she contacted her sister and told her she now had the child and would need to do the adoption.

McClain has no prior record and is a licensed vocational nurse registered in the State of California since 2008.

She is being held in the Montgomery County Jail without bond.

Another person of interest is being questioned. 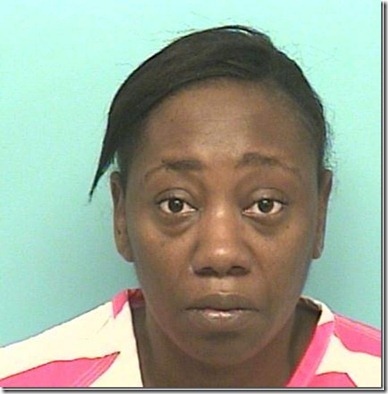