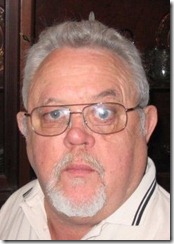 EAST MONTGOMERY COUNTY — A well-known longtime County official was killed in a four-vehicle accident in Porter this afternoon. Patrick “Pat” Buzbee, Director of Montgomery County Environmental Health Services was pronounced dead at 3:59 p.m. after a collision rolled his Toyota SUV near the intersection of FM1314 and Riverwalk Drive.

Just before 3 p.m., three vehicles were westbound on FM 1314 approaching Riverwalk when the light changed to amber. A 1994 Chevrolet pickup truck in the left lane driven by Antonio Solche, 32, of Houston stopped for the light, but investigators say a bobtail  truck owned by Stericycle a medical waste company in Conroe and driven by Carlos Gomez, 40, of Conroe was  traveling at a high rate of speed.  Unable to stop for the light and on a collision course with the rear of the pick up,  Gomez swerved to the right clipping the right rear of Solache’s truck and side  swiped Buzbee’s SUV.

The SUV began to flip, and as it was flipping, struck a Chevrolet Colorado pickup driven by Elaine Myers, 54, of Porter. She was eastbound and sitting in the left turn lane waiting to turn into Porter High School.

Porter Fire Department responded and extricated 65-year-old Pat Buzbee, who was wearing his seatbelt,  from his SUV, but he was beyond help. Pct. 4 Justice of the Peace James Metts responded to the scene to conduct an inquest.

Pat Buzbee’s wife, Marilyn, was driving in front of him and police say she did not witness the crash itself but saw the aftermath in her rearview mirror. The couple had been visiting their daughter in Atascocita and were returning home to Huntsville.

Myers was transported to Northeast  Hospital by MCHD Medic 34 in stable condition with no visible trauma.

Gomez, who being a commercial driver was uninjured but is required by law to have an immediate urinalysis after an accident.

No citations were issued and the case is being referred to the Montgomery County District Attorney’s Office for possible charges.