On March 24, 2014 at approximately . 4am the Dayton police department received a 911 call about an injured person at the 100 block of west Linney Street in Dayton. The call was placed by James Cole. 51,  of Dayton. The call was reference to 28 year-old Zaccheus Thomas, who was holding a knife and had experienced seizure and fell forward on the knife, causing Thomas to impale himself in the upper torso area.

Officers R. Skarpa and Cpl W. Hibbits responded to the scene along with Liberty County EMS. While on the scene the officers were able to determine the injuries and the scene were not consistent with the information giving to them by Cole and William Cooper, 43 of Dayton. . Sgt Detective Burleigh along with Detectives S. Rogers and Duos were called to the scene to conduct a complete investigation Thomas was taken by Life Flight to Memorial Hermann where he was pronounced dead, as a result of his injuries.

During their investigation it was learned Thomas and Cooper were in fact a couple and were involved in a disturbance over a “respect” issue with in their relationship. A verbal argument took place then physical confutation ensued. Soon after  Thomas was stabbed in the chest. It was also learned the suspected weapon had been tampered with prior to law enforcements arrival.

COOPER HAS NOT YET BEEN BOOKED 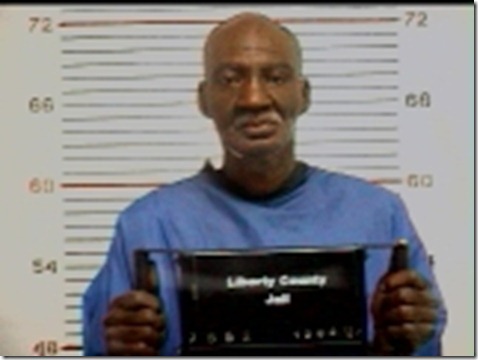