Just after 1 p.m. Robert Quarles, 28, of Spring was westbound toward Conroe from Cleveland on SH 105.  As the light changed at FM 1725 he accelerated and attempted to pass a Jeep Wrangler.  He was westbound in the eastbound lane when he realized he had traffic coming at him.

Attempting to cut-back into his lane he went between two-vehicles then clipped the Wrangler. The vehicle owned by his boss, a Conroe business man ended up in the tree line backwards.

The GT which was first built in 2005 as a concept car with only 4,038 built total. The first one was sold to then Microsoft executive Jon Shirley. Shirley’s Midnight Blue car purchase was made when he won the right to the first sold vehicle after paying $557,000 at a charity auction.

There were no injuries and Quarles was cited. 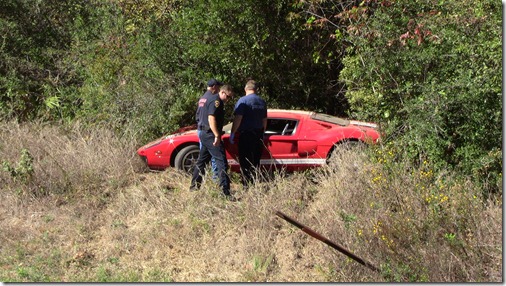 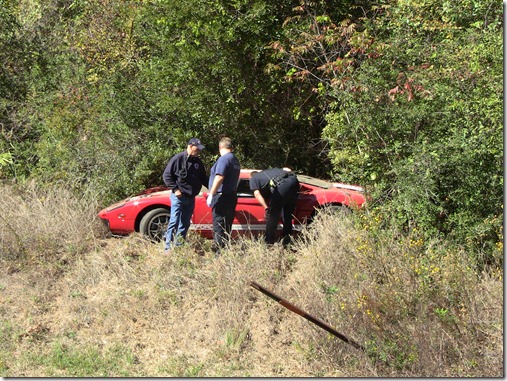 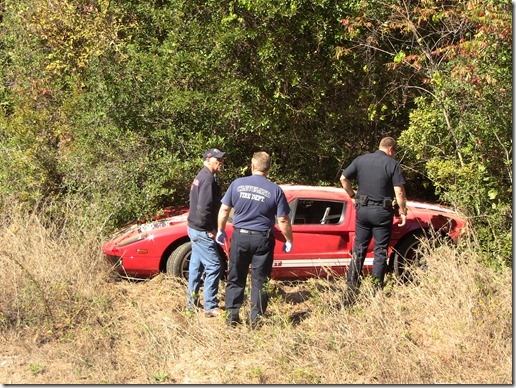 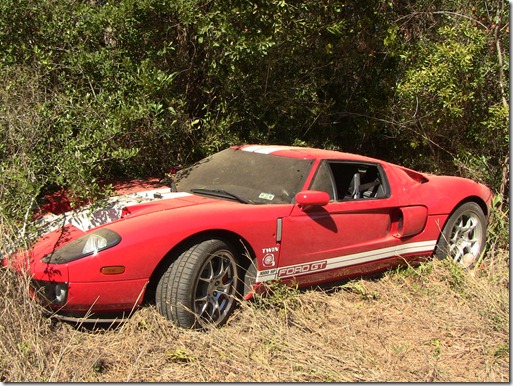 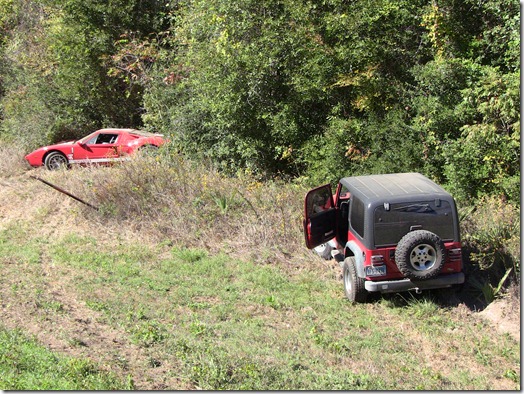 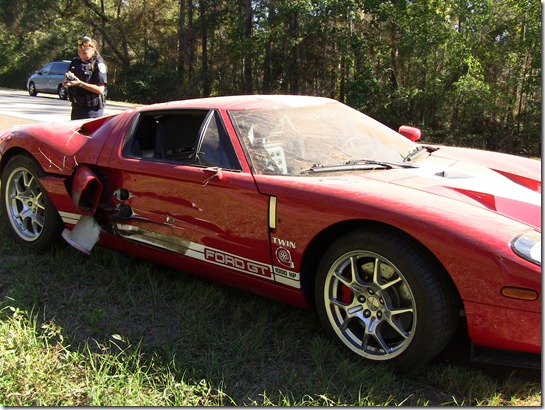