Montgomery County law enforcement is slowly getting the upper hand on the Montgomery County drug problem in our neighborhoods. From South County, through Magnolia to Willis to East County and everything between.

Last November 8th just after noon Montgomery County SIU served a search warrant on a home in the Creekside Subdivision at 29010 West Pecos River. Inside they found a pill press and instruments to make steroids. A large quantity of grape seed oil was found. Grape seed oil used with the steroid makes it less painful going in when you inject it.

In addition they found approximately 200 vials of steroids with a street  value of $100,000. Sgt. Womack with Montgomery County SIU said those vials were enough to supply 150 people.

When financial records were sought it was determined the male home owner, Justin Thomas Tucker, age 40, worked at a health food store on Westheimer.Keri Tucker, age 38,  the female occupant was unemployed. The home had a value of $92,000.

A warrant was sought at the time as the residents were not home.

Many feel once a requested in Montgomery County it happens right then. However, once a warrant is sought a complaint is filed with the District Attorney’s Office. They must then determine if there is sufficient evidence to proceed.

They then in some cases use their own investigators to look into it further.

Once that is determined it must be presented to the Montgomery County Grand Jury which meets twice a week. In the Grand Jury room the case is presented by the District Attorney who at times will call witnesses to support the action. If the members of the Grand Jury believe there is enough evidence to proceed they “TRUE BILL the indictment, a warrant is then issued. They can also “NO BILL” an indictment which means they do not feel there is sufficient evidence to proceed. With that the person being indicted is finished, unless more evidence can be produced. In that case it must be put on the schedule again and presented once again.  In some cases they request additional information before they can proceed.

The Grand Jury sees all felony cases which are handled by the District Court.

Like the case in Creekside Subdivision the case was finally brought to the Grand Jury on February 18 and Justin Thomas Tucker was true billed on three counts of Manufacture Delivery, Selling/Possession of a Controlled Substance. He had a total of $70,000 in bonds. He was arrested on February 28th and bonded out. 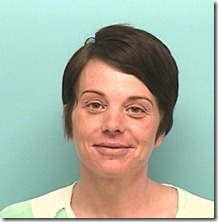 With this arrest a motion to revoke probation was filed in County Court and she also had to post a $3,000 bond, in addition to $40,000 in bonds for her felony charges. 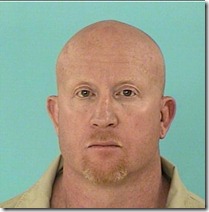 Justin Tucker is known by the law enforcement community also. On March 30, 2007 he was arrested by DPS for possession of a controlled substance and given six months  deferred probation and a fine of $300 by Judge McDonald.

Then again on January 2, 2009 he was arrested again for possession of marijuana but it was dismissed by Judge Watson after his case was reset a dozen times.

This is just one case which now will be coming up through the courts. On January 20, 2011 Constable Hayden and his deputies serving a warrant in the Cumberland Subdivision off FM 1314. When they arrived at 18397 Pine Post the homeowner wasn’t there but they found a SUV stolen from Jersey Village. No drugs were found in the house or on the homeowner when he arrived a short time later. Michael Tucker didn’t have any drugs on him or in the car even though the K-9 was alerting on drugs.

That is when Lt. Seals still thinking something was wrong as Taylor’s 8-year-old son seemed upset and nervous. He asked the child if anyone in the car asked him to hold anything. The boy lowered his head and took two small bags out of his pockets of dangerous drugs and told Lt. Seals his father put them there when they were stopped.

Within days they were back at the same home again finding more.

Several days later Constable Hayden met with residents of the subdivision and discussed the problems in the neighborhood and what to do about it. All the residents were on-board with assisting.

Montgomery County SIU has shut down several Hydroponic Marijuana homes in the Woodlands area since October of last year when they found one at Cannonball and Pine Acres along with other drugs. In addition multiple weapons were found there. One of the suspects Josh Kuzmann, age 27 is awaiting trial after posting a $6500 bond.  The other Patrick Zygala, age 30 is believed to have fled to Rio de Janerio.

Just last week SIU was called out to a home in the Indian Forest Subdivision in which a meth lab was found in a home. The homeowner Kenneth Ellison, whose wife is currently in jail was cooking meth in the garage when his roommate, who had no knowledge he was doing this became ill from the ammonia odor and contacted the Sheriff’s Office. EMS was dispatched but with the fresh night air she felt better and did not require transport.

The word is out, Montgomery County is shutting down drug operations and busting dealers as fast as possible. District Attorney Brett Ligon is prosecuting these cases. And property is being seized.

On April 23, 2009 one of the biggest seizures was made in Montgomery County’s history. That was when Michael Glenn Anderson, age 44 of New Caney was busted by  Precinct 4 Deputies after he was found in his open garage passed out with cocaine in his lap and on a chest freezer in the garage.

Later that day District Attorney Brett Ligon and Judge Claudia Laird who was with the DA’s Office at the time obtained a search warrant on safety deposit boxes at Bank of America.

Anderson plead to 10 years TDC and forfeited two Harley’s, his $250,000 home, the $270,000 in cash and a Lexus SUV. He has since been released from TDC on parole. He could have been sentenced up to 99 years. That money and proceeds from sale of the property went into the Drug Seizure Fund managed by the DA’s Office. Part goes to the agencies involved and the remainder is used by the DA for crime fighting tools. The agencies receiving the funds use it for crime fighting tools also.

Last week Precinct 4 Justice of the Peace may have said it best. As he addressed students from three school districts who were not attending school. He stressed to them the importance of an education and he was going to make sure they got one. He told them about educated decisions. Making a statement about how Precinct 4 Constables were cleaning up East County, and how it is getting to be a known fact that Constable Hayden is arresting the dealers and taking them off the streets. But then the dealers in other county’s are seeing this and thinking since the dealers here are being arrested it’s time to move up there in open territory. Not thinking or using their heads that they too will be arrested as a dealer.