The convicted murder reportedly got out of his restraints and cut through the metal cage of a prison bus. A $50K reward is being offered for information. 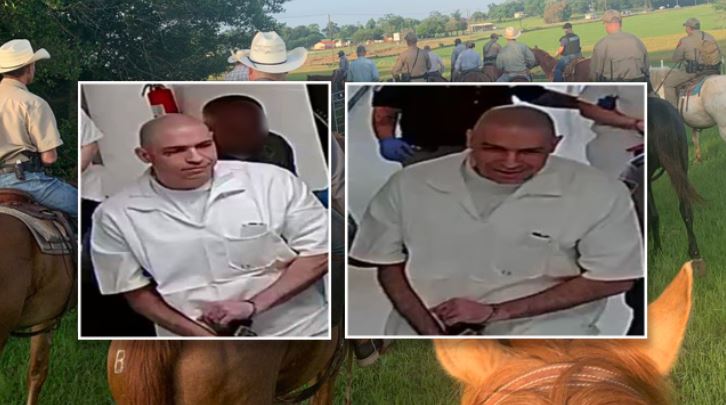 Multiple law enforcement agencies are still searching for an escaped prison inmate in an area halfway between Houston and Dallas.

Gonzalo Lopez, 46, escaped from a prison bus last Thursday, May 12 near Centerville. He hasn’t been seen since.

The TDCJ released new photos of Lopez on Wednesday. The pictures were taken from surveillance footage on the morning of the escape as he was being escorted to the prison bus.

Officials say Lopez was being transported from the Hughes Unit in Gatesville to the Estelle Unit in Huntsville for a medical appointment.

The TDCJ said due to his criminal history and restrictive housing status, Lopez was being transported in a separate, caged area of the bus, designed for high-risk inmates.

During the transport, Lopez reportedly got out of his restraints, cut through the expanded metal and crawled out of the bottom of the cage.

The officer reportedly stopped the bus and engaged in an altercation with Lopez. The two of them eventually exited the bus.

Officials said a second officer exited the rear door of the bus and tried to approach Lopez.

However, Lopez reportedly reentered the bus and began driving away.

The two officers fired shots at the inmate, which ultimately disabled the bus when a bullet struck a rear tire.

The bus then traveled a short distance and left the roadway before Lopez got out and ran into the woods off Highway 7 in Leon County, officials said.

Lopez is 6 feet tall and 190 pounds and was last seen wearing white clothing.

Gonzalo Lopez is currently serving a life sentence for capital murder and attempted capital murder out of Webb County. If he is spotted, you’re urged to call 911 immediately.