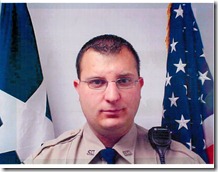 A shootout just outside  the Johnson County city limits  of Venus left a John County sheriff’s deputy and the gunman dead Saturday afternoon, and a walkie-talkie on the belt of a second deputy deflected a bullet.

The three responding deputies first went to the front door of a house while answering a domestic disturbance call They were told the actor they were looking for went around the back to the shed and that he was armed.

The deputies went around to the shed where Wesley Davis, 47 of Oklahoma opened fire on the them with a .380 handgun.

Deputy Clifton Taylor, 31, was shot three times, in his neck, back and side. He was flown to John Peter Smith Hospital in Fort Worth where he was pronounced dead.

Taylor had been with the department  a little more than three years. He was engaged to be married and to help build a savings was also working three extra jobs.

Also injured was Deputy Patrick Geyer who was treated at a hospital in Cleburne for a bruise after a bullet deflected off his walkie-talkie. Deputy Eric McClelland, 25, who was not injured.

The gunman was killed by deputies return fire. The Texas Rangers are investigating. 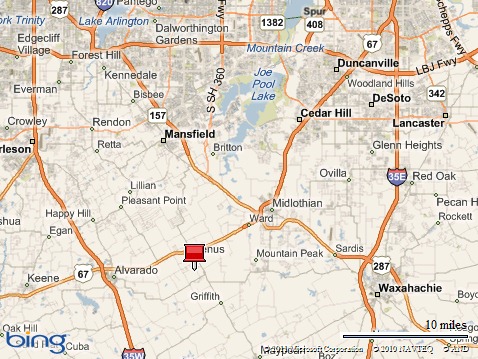 0 0
Previous : Firefighters Save Homes From Another Massive Blaze
Next : texas soldier dies in afghanistan
Scott Engle