NOVEMBER 2010 CRASH ON SH105 LEADS TO ARREST FOR INTOXICATED ASSAULT

He was transported to the Montgomery County Jail on Thursday, October 13 where he remains.

Just before 9:00 p.m. Sunday November 14, 2010 Ferris was driving his 2009 Harley Davidson motorcycle west on SH 105. As he approached Crystal Forest Drive he lost control and laid the bike down. The bike continued to slide across the eastbound lanes stopping on the eastbound shoulder. Ferris had a female passenger which ended up with Ferris on the westbound  shoulder.

MCHD was dispatched to the scene and found both victims conscious but severely injured. Ferris had a partial amputation of his left foot. His female companion had a total amputation of her left foot. Due to weather conditions PHI Air Medical was unable to fly out of the Conroe base. Life Flight lifted from their Tomball base but were forced to turn around when severe weather met them at SH242 and Interstate 45.

MCHD transported both victims to Hermann Hospital in Houston in critical but stable condition.

SH105 east and west were closed for almost two hours as DPS conducted their investigation in sometimes heavy downpours. 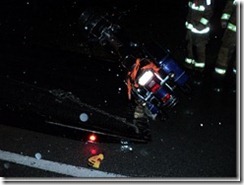 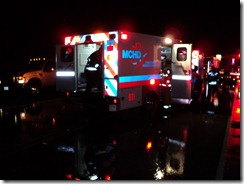 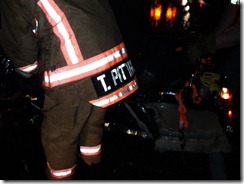 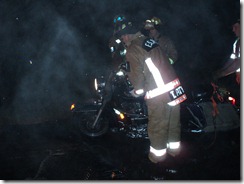