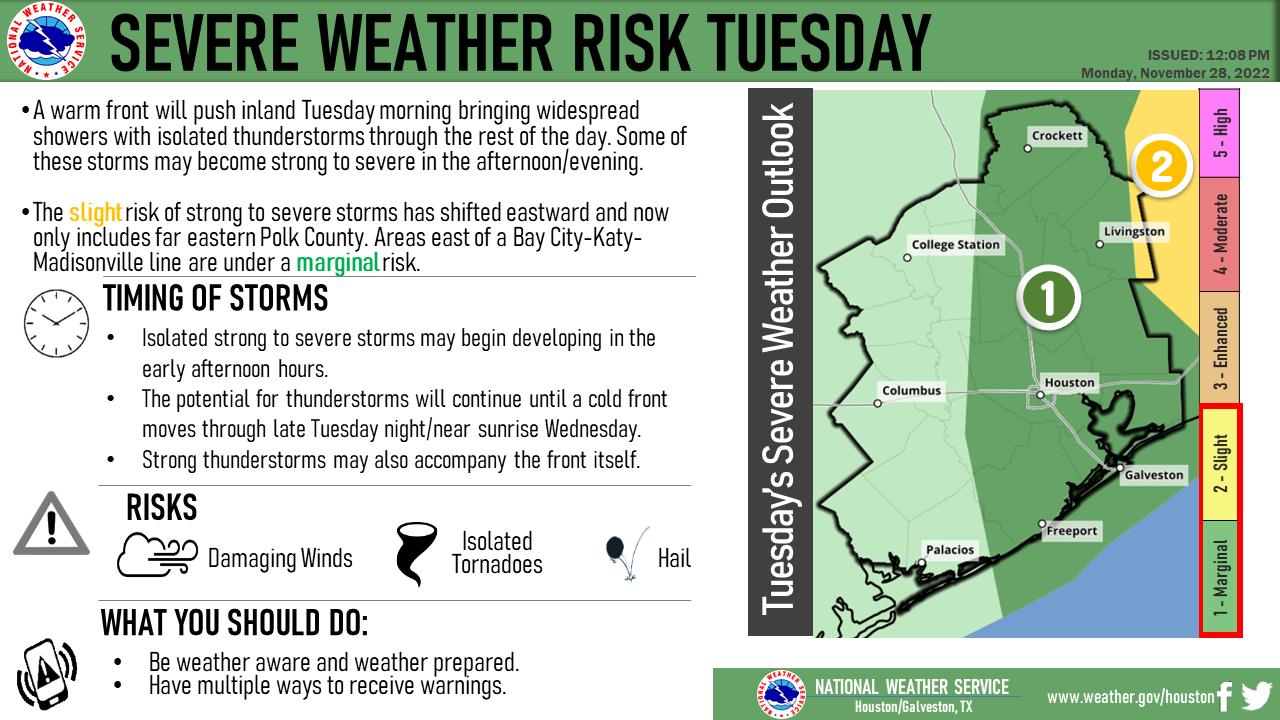 A warm front will move onshore Tuesday leading to scattered to widespread showers through the morning hours with isolated thunderstorms developing in the afternoon and evening hours. The highest chance for strong to severe thunderstorms has shifted eastwards further into Louisiana. The SPC has shrunk the Marginal Risk to include areas east of a line extending from Madisonville to Katy to Bay City with a slight sliver of a Slight risk in far eastern Polk County. Strong outflow wind gusts from thunderstorms is the main concern, however a tornado or two cannot be ruled out. Locally heavy rainfall and small hail will also be possible. The strong thunderstorm threat will persist into Tuesday night until a cold front moves through the region early Wednesday morning around sunrise

Urban Flash Flood Messaging
Heavy rainfall is forecast for portions of Southeast Texas, including highly urbanized areas like the Houston metropolitan area. Based on forecast conditions, NWS Houston will be utilizing the following urban flash flood messaging for this event:

Street Flooding
– Drive with caution. Cars may flood in low-lying areas. Ponding on roadways may increase risk of hydroplaning.
– Pay attention to the weather. Monitor the NWS, your local media, HCFCD and other official weather information sources.
– Rain may move repeatedly across the same area, causing a rapid rise on creeks and bayous. However, creeks and bayous are not likely to exceed their banks.