Posted: 30.6.2022 7:08
Home
Local / Area News
We continue to monitor the development of a disturbance in the Western Gulf. The disturbance will continue to push northwestward today, eventually advancing inland along the Middle Texas coast. During this time, there is a medium (40%) chance that the system will become a tropical depression. Regardless of whether this occurs, however, we can expect heavy rain associated with it to impact SE Texas, particularly in locations near the coast. Rainfall chances will be on the rise today, with the possibility for heavy rain becoming greatest overnight tonight. In the strongest storms and in locations generally along and south of the I-10 corridor, rainfall rates may approach 2-3″ per hour. This has prompted the Weather Prediction Center to place the region within a Slight risk area for excessive rainfall this evening (see graphic below). Showers and storms will continue into Saturday as the system pushes inland.
Overall, rainfall totals will be greatest along the coast where around 3-6″ can be expected through Saturday. Locally higher amounts up to 8″ are possible, but this possibility will be highly conditional on the exact track of the system. While this will provide a benefit of alleviating drought conditions near the coast, there will also be a risk of urban and small stream flooding with the strongest storms that develop. Rainfall totals will decrease further north from the coast with a sharp dropoff from several inches of rain to little rain. 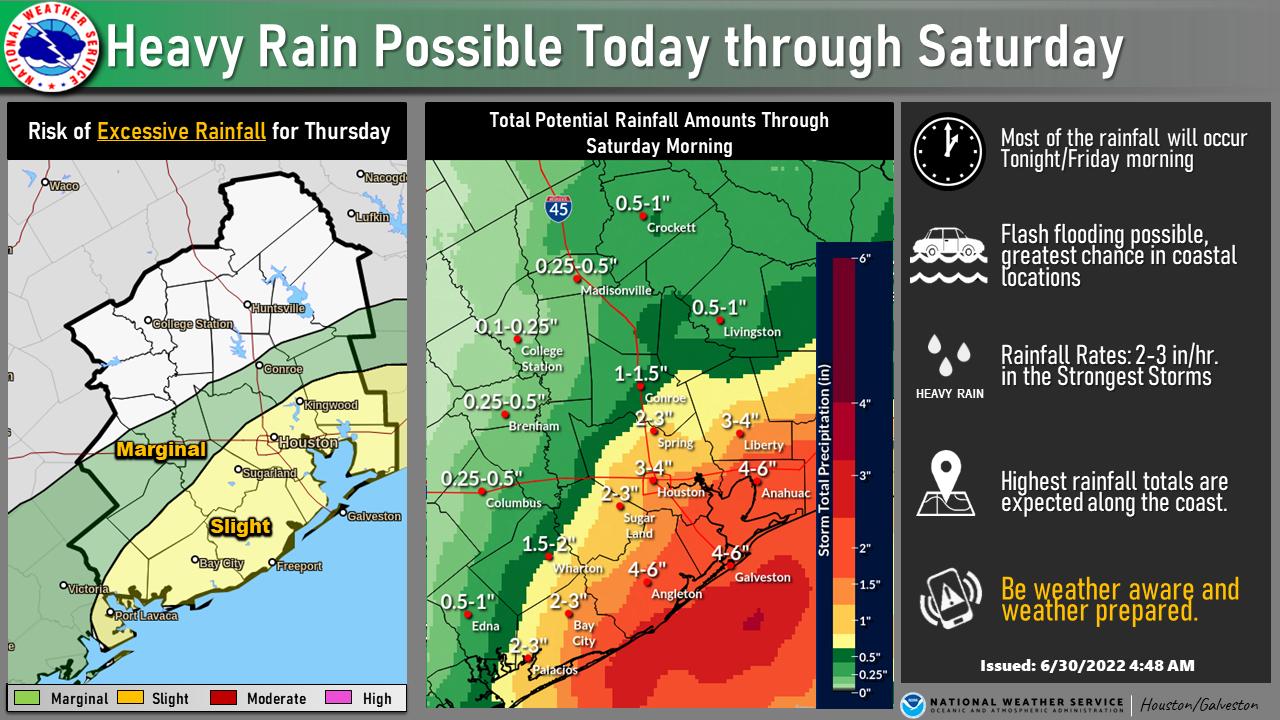 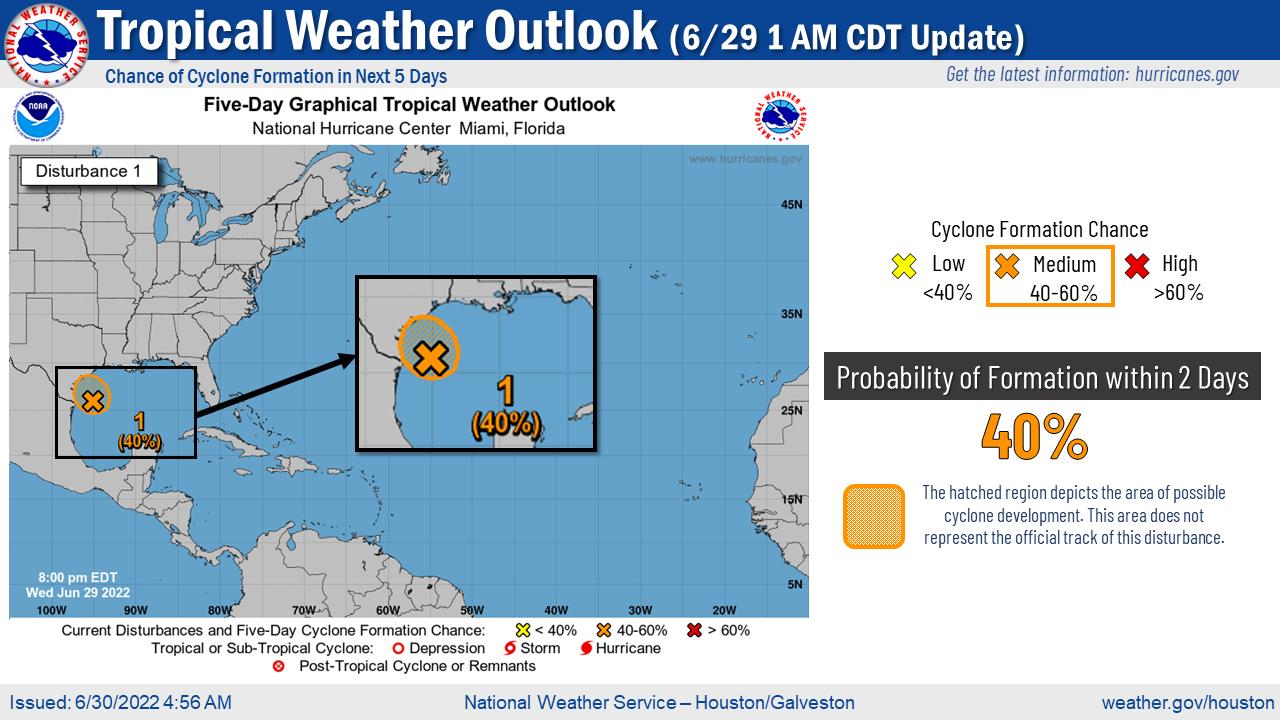 Urban Flash Flood Messaging
Heavy rainfall is forecast for portions of Southeast Texas, including highly urbanized areas like the Houston metropolitan area. Based on forecast conditions, NWS Houston will be utilizing the following urban flash flood messaging for this event:
Street Flooding
– Drive with caution. Cars may flood in low-lying areas. Ponding on roadways may increase risk of hydroplaning.
– Pay attention to the weather. Monitor the NWS, your local media, HCFCD and other official weather information sources.
– Rain may move repeatedly across the same area, causing a rapid rise on creeks and bayous. However, creeks and bayous are not likely to exceed their banks.