Along with the National Hurricane Center, we are closely monitoring Invest 95-L – the disorganized area of storms and lower pressure over the northwestern Gulf of Mexico. It continues to move slowly southwestward in an environment that is generally favorable for slow development. There is a chance it could become a tropical depression shortly before it moves onshore later this week. 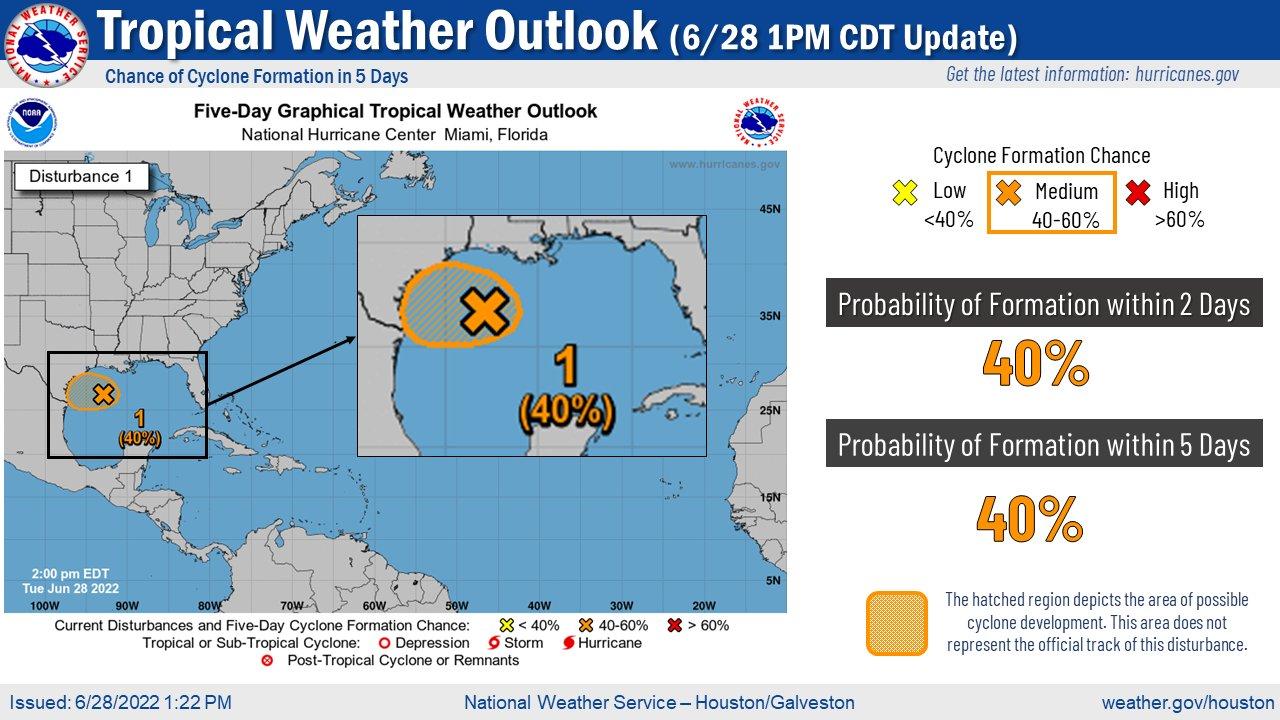 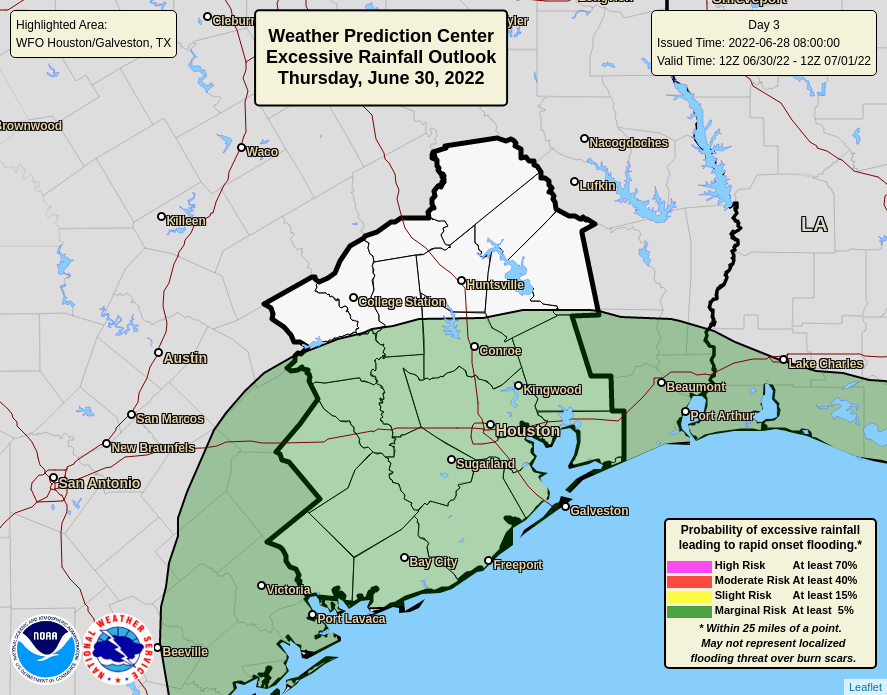 Disorganized showers and storms continue over the northwest Gulf, and satellite imagery shows that brief surface circulations have been coming and going today within a broad area of lower pressure – this often indicates that a cluster of storms is slowly coming together, but is still too disorganized to be a tropical depression or storm. This cluster of storms will continue to move slowly towards the southwest, eventually moving onshore, likely Wednesday night. There is some potential for it to become a tropical depression before it does so. Regardless of whether we get a designation of a tropical depression or not, the main impact in our area will be rainfall Wednesday and Thursday.  Currently, the best chance and highest amounts of rain are expected southwest of the Houston metro, closer to the Matagorda Bay area. As is common for this situation though, specifics can be difficult to have high confidence in, as expectations can change depending on where a storm’s center forms (if one emerges at all), its strength, and precise track.