Clouds are already increasing in advance of a developing low and cold front that will bring our area another shot at rain tonight and Wednesday. For most, this will just be another bit of rain. Closer to the coast, there will be a higher chance for storms, and a limited threat for both heavy rain and severe weather. Gusty winds on the Gulf will require small craft advisories both before and after the front.

Overview
We are expecting a developing low-pressure center to increase the potential for rain from southwest to northeast across the area late tonight and through the day tomorrow, until a cold front sweeps through in the afternoon. For most of the area, this will likely just result in some showers, then gusty north winds and cooling after the front passes. Over the Gulf and the nearest row or two of counties on the coast, however, there may be enough instability to fuel stronger storms. After our rain from the last front, we could see the strongest storms produce enough rain to generate some street flooding. Additionally, we could see isolated damaging winds, and perhaps even a brief tornado or two. 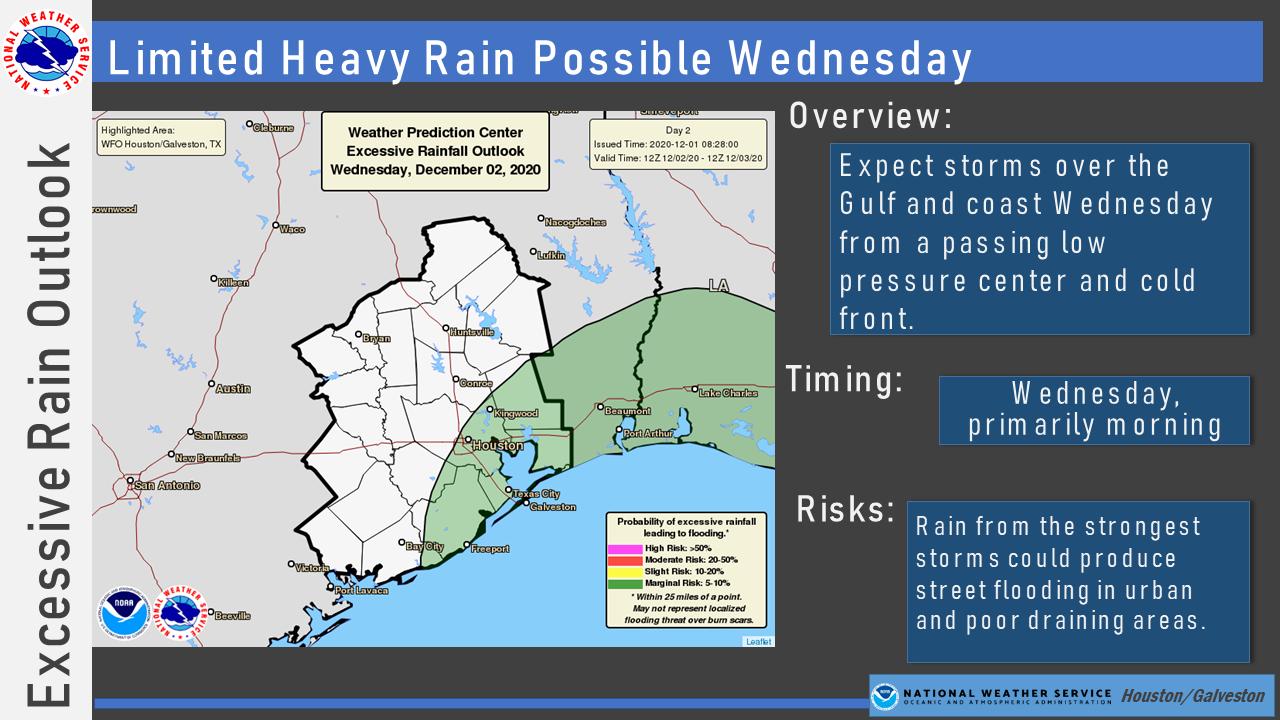 The best chance for storms with heavy rain looks to be primarily in the morning, and in the general vicinity of Galveston Bay. The limited severe potential will work its way up the coast through the day, beginning farther down the coast towards Matagorda Bay in the morning, and lingering around the upper coast until the front arrives, as late as Wednesday evening. 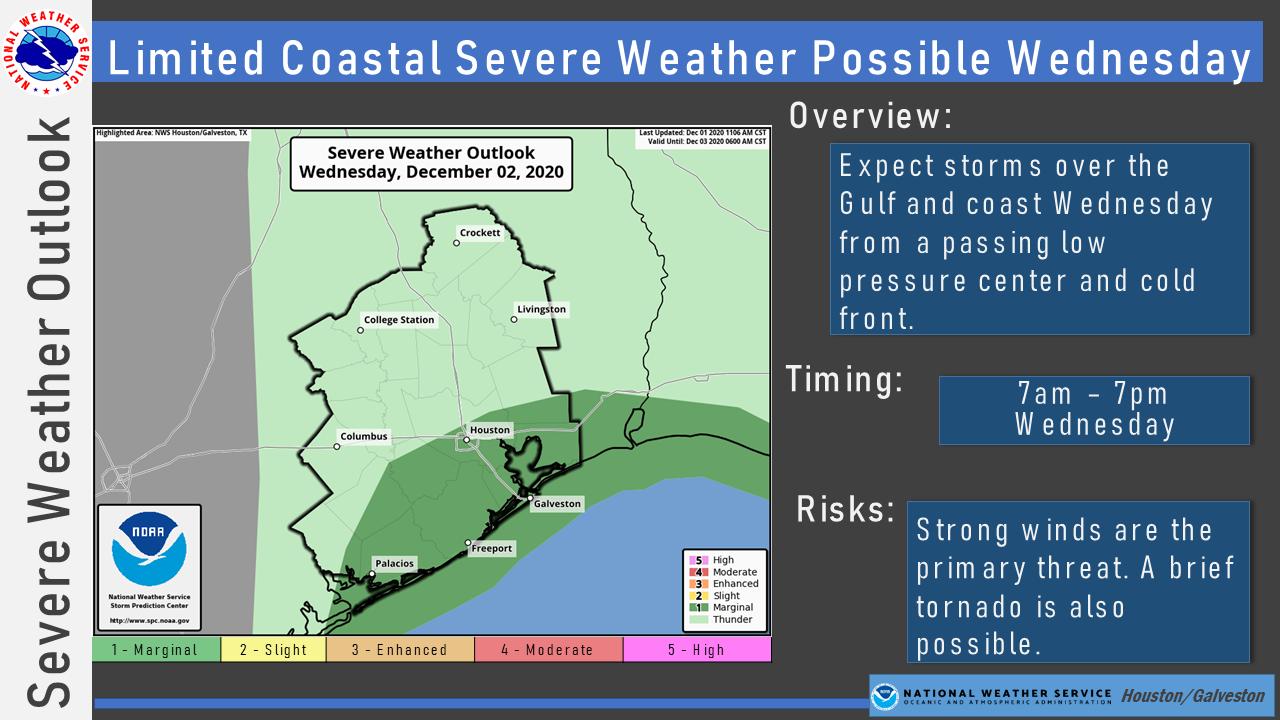 Additionally, the Gulf will see deteriorating boating conditions tonight. A small craft advisory is already in effect from tonight through Wednesday afternoon for strengthening winds and building seas with onshore winds ahead of the front. Gusty northwest winds are expected after the front passes, and it’s likely that another small craft advisory will be required for that period as well.

Urban Flash Flood Messaging
Heavy rainfall is forecast for coastal portions of Southeast Texas, including highly urbanized areas like the Houston metropolitan area. Based on forecast conditions, NWS Houston will be utilizing the following urban flash flood messaging for this event:

Street Flooding (Moderate Rainfall Rates up to 1-2″/hour)
– Drive with caution. Car may flood in low-lying areas. Ponding on roadways may increase the risk of hydroplaning.
– Pay attention to the weather. Monitor the NWS, your local media, HCFCD and other official weather information sources.
– Rain may move repeatedly across the same area, causing a rapid rise on creeks and bayous. However, creeks and bayous are not likely to exceed their banks.