OAK RIDGE MURDERER WHO SKIPPED BOND IS CAPTURED ON THE BORDER 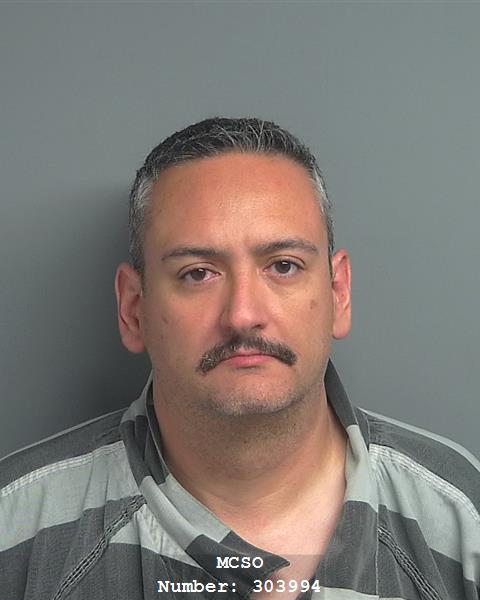 Martin Tellez is accused of killing Subir Chatterjee, a clerk at the Coastal gas station on I-45 and Woodlands Parkway on February 15, 2002, after a robbery. The case went cold. However, Oak Ridge Detective Kent Hubbard pushed on investigating leads. Hubbard submitted items for DNA analysis several times but turned up empty-handed.  Hubbard finally went to Parabon Nanolabs in Virginia. Parabon is known worldwide for its help in solving cases involving DNA. They came back with several possibilities. One of those possibilities was Martin Tellez, an electrical worker from Tomball. Hubbard again went to work locating and observing  Tellez. In his observations, he was able to get an item that had Martin’s DNA. He submitted it to the lab and it came back as a 100% match. A warrant was issued and Tellez was arrested at his place of business. He was booked into the Montgomery Couty Jail with no bond.  In March of 2020, Tellez was given a $500,000 bond which he made through A-1 Bail Bonds in Conroe. He was due in court last week. However, on April 9. 2021 at 10:35 pm he removed his ankle monitor and vanished.  Law Enforcement from around the country was searching for him. The Texas Rangers and U.S. Marshals had information that he was trying to go to Mexico. At 11:30 am this morning Cameron County  Sheriff Eric Garza announced that his deputies, assisted officials at the Gateway Bridge in taking Tellez into custody. Garza stated that Tellez was returning from Mexico to turn himself into Montgomery County. He will now be returned to Montgomery County.

On February 15, 2002, Subir Chatterjee, age 58 who was a clerk and partial owner at the Coastal Gas Station at 26914 IH-45 at Woodlands Parkway was robbed and murdered. The store also acted as a check-cashing business and handled large sums of money. Oak Ridge Police discovered that $160,000 was stolen in the robbery. They also discovered that Chatterjee had deposited millions of dollars into the bank account the prior year. It was known the night of the murder that a man was sitting in the bulletproof glass enclosure with Chatterjee. Chatterjee often let people he knew inside the enclosure. That person was believed to had been injured and evidence was collected from the scene. He was described as a white or Hispanic male wearing a black leather jacket and was 5 feet 8 and about 180 pounds. A second male who was seen inside the enclosure just before the shooting was about 6 feet and weighed 180 pounds, He had reddish-brown hair. It was also known that the suspects left in a white Oldsmobile Alero with paper plates. Searching for that came up with a list of over 400 vehicles in Texas matching that description. Oak Ridge Detective Kent Hubbard had requested the help of Texas Ranger Drew Carter at the time. Carter was the Ranger who broke the case of the “Railroad Killer”, Angel Maturino Resendiz. Together they worked for a time on the case but ended up with dead ends. Hubbard who is still with Oak Ridge North Police refused to give up. Hubbard sought the FBI, Texas Rangers, Montgomery County Sheriff’s Office, and the Montgomery County District Attorneys Office trying to solve the case. Hubbard continued to work the case. Several times over the years DNA was tested from the scene but nothing. As the technology evolved, Hubbard asked for assistance from Parabon Nanolabs in Virginia. Parabon is known worldwide for its help in solving cases involving DNA. Parabon was able to get several matches of possibilities from the DNA Hubbard submitted. But Hubbard needed more. Using some of the suspect matches from the shortlist provided by Parabon, Hubbard went to work. One sample he collected was from a now Tomball resident, Martin Isaac Tellez, now 42 and is an electrical worker. By watching Tellez, Hubbard was able to get an item that contained Tellez DNA. He then submitted that to Parabon. Parabon returned with a 100% match to Tellez. On Tuesday Hubbard, Rangers, Montgomery County District Attorney Investigators, and FBI arrested Martin Isaac Tellez as his place of business on West Jones Road in northwest Harris County. Tellez is now in the Montgomery County Jail with no bond. He is charged with Capital Murder by Terror Threat or other felonies. His case has been assigned to the 359th District Court. Oak Ridge North Police Chief Tom Libby who has been chief for just over a year but was with Oak Ridge North Police Department when the murder was committed praised Detective Hubbard for his hard work and dedication at bringing the killer to justice. Chief Libby also thanked the Texas Rangers, Montgomery County District Attorney’s Office, the FBI, and Montgomery County Sheriff’s Office for their help with the case. Funding for the close to $6000 DNA testing was made possible using seizure funds from the Montgomery County District Attorneys Office and the cases reward fund. In a statement, Hubbard made to media back in 2002 Hubbard said the case was fascinating and he often spent 14-hours a day, 6-days a week working the case. Many Spring residents knew Chatterjee from the Chevron Station he owned at Spring Stuebner and I-45 for close to 15-years. That station closed when I-45 construction took over the property.